Mango, neem, mahua and coconut are trees outside forests that contribute most to India’s growing stock 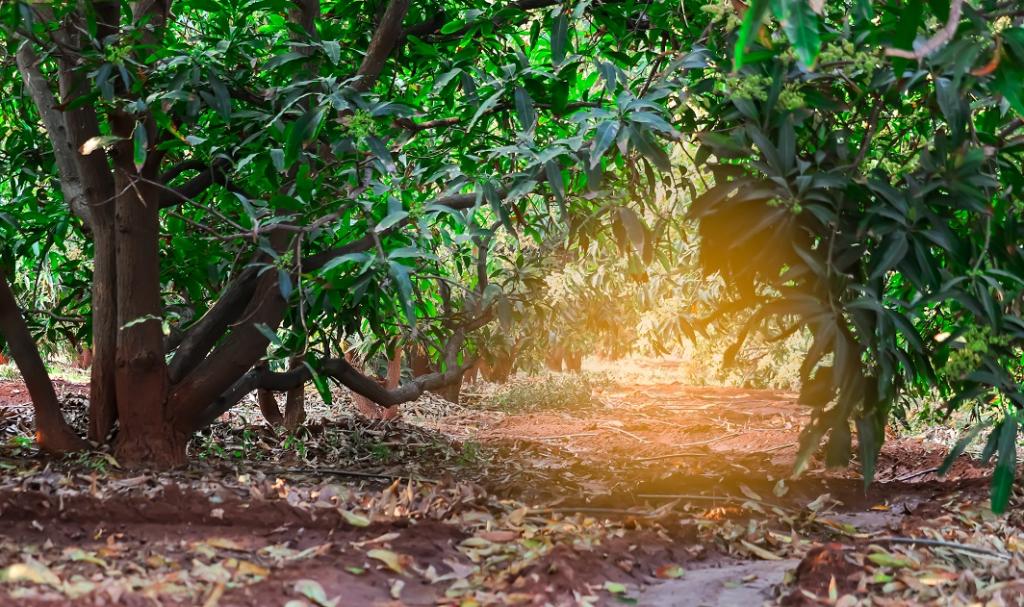 Mango has been included among the Trees Outside Forests that have contributed to an increase in India's growing stock, according to the latest Forest Survey of India report. Photo: istock

India’s State of Forest Report 2021 released January 13, 2022 shows that there is a rising trend in India’s growing stock, along with a rise in forest and tree cover by 2,261 square kilometres (sq km). Most of this spike has been due to an increase in area under Trees Outside Forests (TOFs).

Growing stock provides information on existing wood resources and is also a basis for estimating the amount of carbon contained in a forest.

The report is a biennial publication. This is the 17th such report since its inception in 1987.

Arunachal Pradesh ranks highest in terms of the total volume of growing stock at 418.99 mcum, followed by Uttarakhand with 401.01 mcum, Chhattisgarh has 389.64 mcum while Madhya Pradesh ranks fourth in the country with 374.44 mcum.

The highest per ha growing stock of forest among Union territories is in Ladakh, followed by Jammu and Kashmir and Andaman and Nicobar Islands, according to the report.

Are under TOF has shown an increase of 13.09 per cent from 2015, while the growing stock inside forests has risen by just 4.60 per cent in these years.

Chir pine (Pinus roxburghii) and Silvergrey wood (Terminalia tomentosa) contribute to about 4.12 and 3.88 per cent of the growing stock.

Among the TOFs, mango trees (Mangifera indica) contribute to 12.94 per cent of the total volume, followed by neem (Azadirachta indica) with 6.78 per cent, mahua (Madhuca latifolia) with 4.65 per cent and coconut (Cocos nucifera) with 4.51 per cent, the report said.

Trees outside forests are a major source of forest produce such as timber, firewood and small wood supply. However, experts feel that scientific management of forests can also contribute to the growing demand of timber in the country.

TOFs are one of the important renewable resources that contribute to climate change mitigation, as every patch of forest around the world absorbs carbon, the report said.

Promode Kant, a retired Indian Forest Service official told Down To Earth: “Forest is a living entity. Their area has increased in the country and the number of TOFs have also shown a rise. While we depend of TOFs for timer, old and dying trees must be removed from the forests, so that they can make space for new trees that do not get proper sunlight.”

Old trees attracted more insects and diseases and also made forests prone to fire. “If these trees are harvested, the growing stock will rise even more rapidly,” he said after reading the report.

India contributes to about two per cent of the world’s forests with an area of 72.16 million ha, according to the Global Forest Resource Assessment report released in 2020.

Forests make up about 24.3 per cent of the country’s total area. India aims to have 33 per cent of its geographical area under forests in the future.