Hunger strike for FRA implementation continues in Chhattisgarh; state yet to respond

Government has given land under the Individual Forest Rights titles, which is way less than what people originally occupied 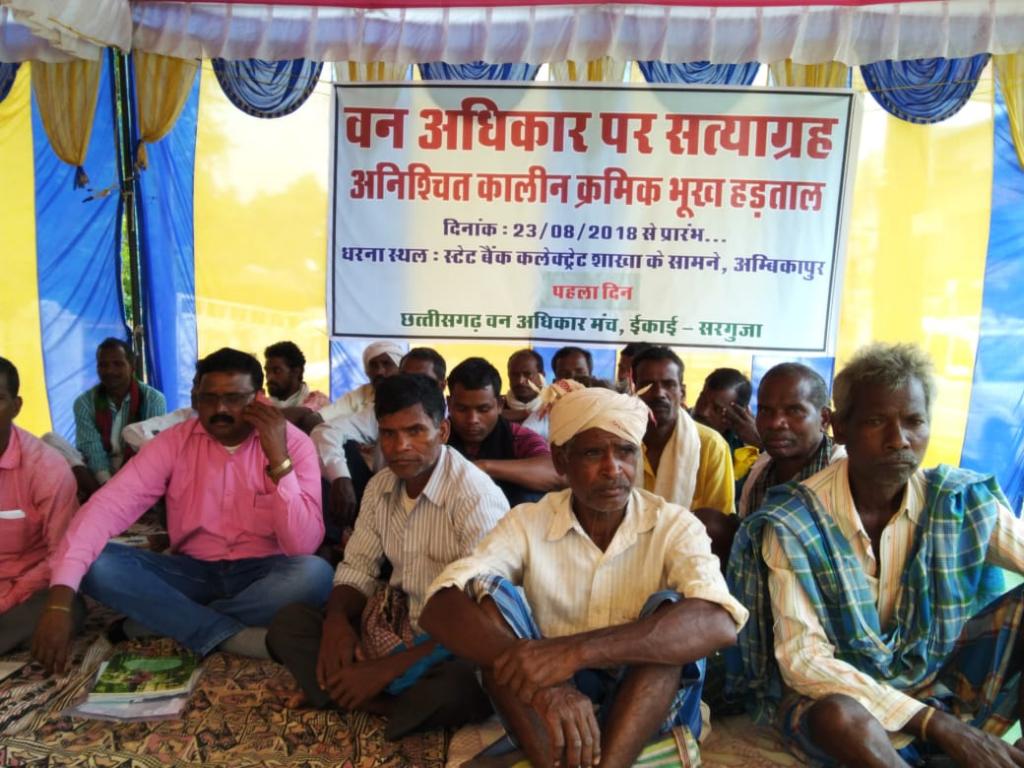 Even after seven days, the indefinite hunger strike by the people of 32 villages in Sarguja district of Chhattisgarh has not been able to get any reaction from the state administration.

The villagers have been sitting on an indefinite hunger strike since August 23, demanding the implementation of the Scheduled Tribes and Other Traditional Forest Dwellers (Recognition of Forest Rights) Act, 2006 (FRA).

“In the district, the Community Forest Rights (CFR) titles have been given without giving management rights over forests. We are demanding management rights, because in its absence, the actual control over the forest remains with the forest department,” Gangaram Paikra of Chhattisgarh Van Adhikar Manch, the organisation that organised the strike.

Under FRA, two kinds of land titles can be given–individual and community. While the Individual Forest Right (IFR) is with a person, the CFR belongs to the entire community and is given based on the customary boundary of a village.

In case of Sarguja district, the government has given land under the Individual Forest Rights titles, which is way less than what people originally occupied. “There are cases where the original occupation was of 5 acre, but the title has been given for only 0.5 acres,” says Paikra.

The upper limit of land that can be given under FRA is 4 hectare.

“Moreover, for the last two years, the FRA titles of Pahadi Korwa community—a Particularly Vulnerable Tribal Group—are stuck at the Sub-Divisional Level Committee despite the mapping being done,” adds Paikra.

When contacted, an official at the District Collector’s (DC) office said he wasn’t aware of any strike. The DC wasn’t available for comment.