In recent years, production of sandalwood has dwindled while the demand has been going up 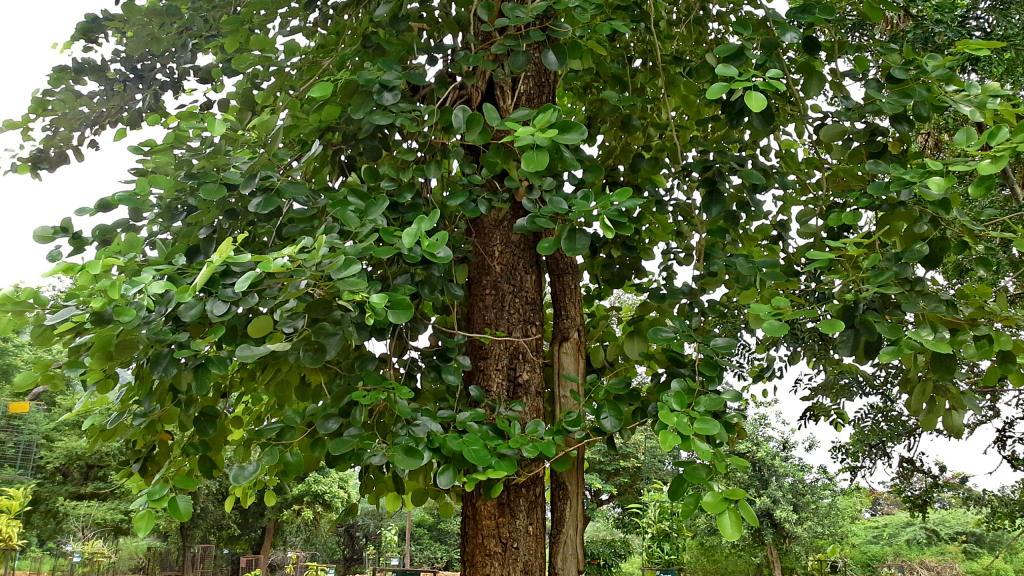 Indian researchers are figuring out how sandal trees derive their nutrition from other plants. Credit: Wikimedia Commons

Cultivation of sandalwood trees could get a boost with Indian researchers figuring out how sandal trees derive their nutrition from other plants.

Sandalwood is a parasitic plant deriving its nutritional requirement from other plants. It has modified roots called haustoria which penetrate host plants and draw nutrition from them. Scientists from the College of Forestry and College of Horticulture under Kerala Agricultural University in Thirussur have found out how sandal trees suck nutritional food from their host plants.

The study has revealed that a sandal tree could connect with its host plants up to a distance of three metres. Not just this, an individual tree can form a network with several hosts including the grass around them. This process of nutrition uptake, however, is not one-sided. While meeting their nutrition needs from hosts, sandal trees partly meet nutrition needs of their hosts, according to the study published in journal Current Science.

“Till now only a few studies were available on the relationship between the host and field-grown sandal trees. Since understanding of the anatomy and functional status of haustoria in field-grown sandal would give important clues on how sandal takes up food material from the hosts, we carried out studies to understand physiological state of haustoria,” explained lead researcher Dr A V Santhoshkumar.

At present, sandal trees and host plants are grown alongside each other in the same pit. The new findings would mean that farmers can try out innovative cropping patterns like agroforestry to get maximum benefit from a given plot of land.

In recent years, production of sandalwood has dwindled while the demand has been going up. Production has dropped from 4,000 tonnes in the 1950s to 500 tonnes a year, mainly due to indiscriminate felling of trees. The central and state governments have taken measures to attract farmers to sandalwood tree cultivation, but large scale planting has not picked up because trees don’t get established properly.

The study team included P.K.Ashokan, E.V.Anoop and D.Rocha of College of Forestry and P.Sureshkumar of College of Horticulture. (India Science Wire)