The degree of deforestation was greater in Assam compared to Arunachal Pradesh, say researchers from the Indian Institute of Remote Sensing, Dehradun 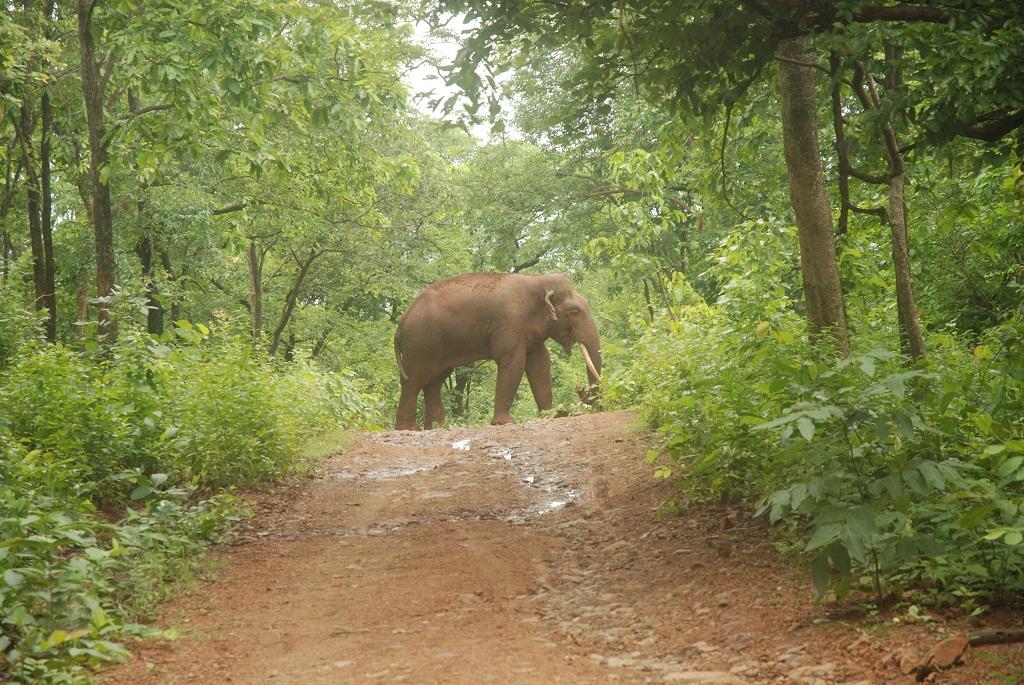 Large swathes of forests in the Northeast are an abode for the Indian elephant. Credit: Agnimirh Basu/CSE

Large swathes of forests in the Northeast are an abode for the Indian elephant. But a new study has warned that parts of Assam and Arunachal Pradesh are losing canopy cover at an alarming rate.

Researchers from the Indian Institute of Remote Sensing, Dehradun, examined the pace of deforestation in the elephant landscape of the Northeast, covering 42,000 square kilometers in Assam and Arunachal Pradesh. The historical information about forest cover in the region was collected from the US Army topography maps dating back to 1924. The information for the years 1975, 1990, 2000 and 2009 was retrieved from satellite images taken by the Indian Remote Sensing Satellite, LISS III and the Landsat image archives of NASA.

Computer algorithms classify satellite image pixels into different categories (forests, rivers and other types of vegetation). This visual information in the images was first calibrated with land cover data gathered from ground surveys and then used to piece together the entire deforestation history of the region.

The analysis revealed that about 7,590 square kilometers of forests have been lost between 1924 and 2009 with a mean deforestation rate of 0.64 per cent (for 85 years). Researchers also found that the degree of deforestation was greater in Assam compared to Arunachal Pradesh, possibly due to its hilly terrain which is difficult to tread upon. In Assam, districts like Dhemaji, Sonitpur, Lohit and Tinuskia suffered the highest area-wise loss in forest cover.

The green cover of lesser Himalayas in Northeast is undergoing rapid changes due to rising population, industrial development and urbanisation, the study says.

“The 1924 map of the US Army does not provide the same accuracy than remote sensing technology. This may slightly alter the deforestation rate. But, in spite of this minor issue, what’s noteworthy is that, the speed of deforestation is catastrophic,” pointed out Jean-Philippe Puyravaud, head of Sigur Nature Trust, who was not connected with the study, while speaking to India Science Wire.

Using the land-use changes of 1990-2009, researchers have projected the likely deforestation in the region for the year 2028. If the current rate remains undeterred, more than 9,000 square Kilometers of area could be devoid of forests by 2028, predict scientists. Such losses could exacerbate incidents with elephants that have lost their habitat. This will be devastating for both the wildlife and humans living in adjoining areas. The study has been published in Journal Current Science.

“Deforestation and loss of wildlife habitat in upper Assam is likely to influence not only the adjoining Bhutan and Arunachal Pradesh, but also lower Assam so far as the wildlife and ecosystems are concerned. Therefore, forests need to be restored to their original status for long-term survival of humans and wildlife,” the study has suggested. (India Science Wire)