October rainfall in Northeast ‘normal’ but not flash floods

According to environmentalists, the floods that crippled the region last month have been caused due to a number of anthropogenic reasons 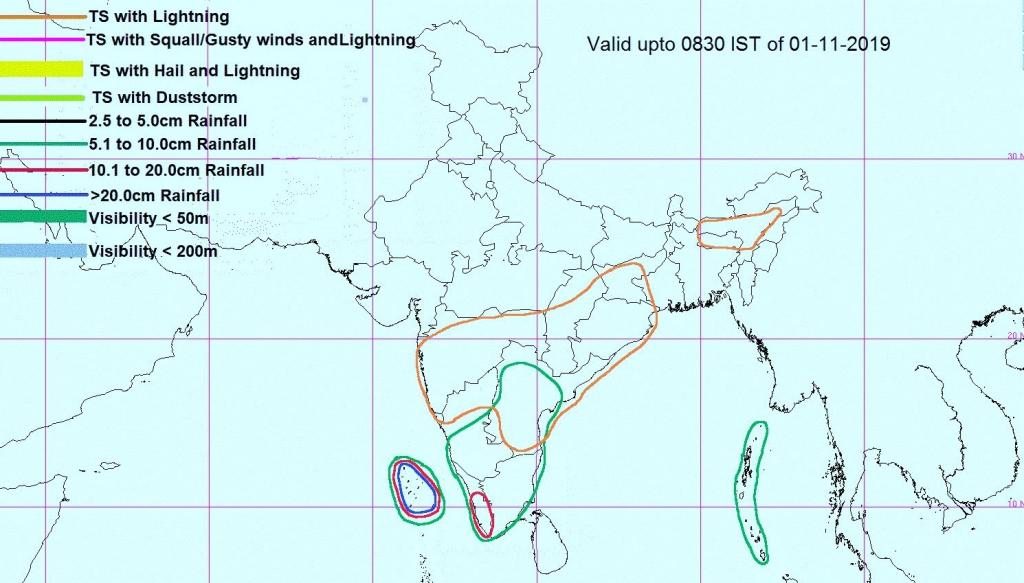 The heavy rains in Northeast India in October, 2019 were not abnormal but the subsequent floods were, experts have said.

The Northeast witnessed heavy rainfall on October 26 and 27. The highest rainfall received was 289.6 millimetres (mm) at Sohra in Meghalaya and 104.2 mm at Haflong in Assam.

Due to the floods caused by heavy rainfall, life in many of the region’s states was disrupted. In Assam, roads became unmotorable. On October 29, there were reports that the Northeast Frontier Railway had cancelled three trains due to damage to tracks. In Manipur, the heavy rains led to flooding and mudslides. Most of rivers were flowing above the danger level.

However, meteorologists said heavy rains in the Northeast after the withdrawal of the southwest monsoon were not unusual.

“The incidence of high rainfall immediately after the withdrawal of the monsoon from the Northeast is usual and not abnormal. There are records of high rainfall during October in different locations of the region,” Sanjay O’Neill Shaw, deputy director general of Regional Meteorological Centre in Guwahati, said.

According to Shaw, October is usually considered as ‘post monsoon’ and rainfall activity is quite common during this period, which extends up to December. Though the temperature falls and it becomes cold across the region, meteorologists do not consider it as ‘winter’.

“January and February are the winter months in our calendar,” Shaw said.

However, environmentalists have argued that the floods caused by the heavy rainfall in October were not normal for the region. The problem, they said, was with heavy deforestation in the hills of the region and encroachment of natural gullies.

Under the National Rural Employment Guarantee Scheme, most of the states in the region have created water reservoirs in the plains but no action has been taken so far for the management of natural drains.

“We have no programme for gully management as well as managing the vegetation cover in the top soil. As a result, when rain falls, it drains down to the plains and triggers flash floods,” KK Barman, soil scientist with the Indian Council for Agricultural Research (ICAR), said.

The Forest Survey of India (FSI) report has also indicated a loss of forest cover in the region. In 2013, a report of the FSI on Tripura stated that out of the total area of 10,486 square kilometres (sq km), forest coverage was recorded at 4,750 sq km.

This included only 109 sq km of dense forest, which was 6,293 sq km in 1999. The FSI report of 2017 observed that a net decrease of 164 sq km in the forest cover of the state could be attributed to shifting cultivation, harvesting of mature rubber plantations and other development activities.

The massive deforestation in the hills and the loss of green cover have caused soil erosion. Flora like the Indian Monocarpic Palm, originally native to Myanmar and Bangladesh, once abounded in the Tripura hills and is now extinct.

The alarming rate of forest loss in the Tripura hills affected the agricultural productivity in hilly parts of the state and increased the usage of chemical fertilisers.

The Northeast Space Application Centre (NESAC) had also painted a scary scene regarding the region’s forest cover and ground water in 2014. The study identified as many as 25 villages under six revenue blocks of South Tripura as ‘water scarce’.

“In South Tripura, the soil is of the Dupitilla and Bokabil types in which porosity and permeability is limited. This results in flash flood and also drains away fertile top soil to Bangladesh,” Chowdhury stated.