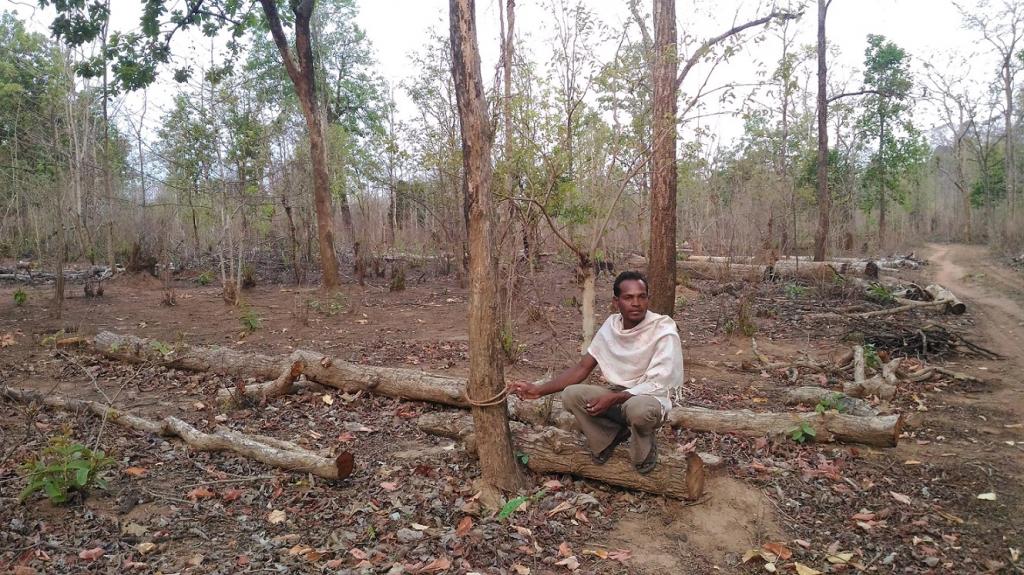 The state has not conducted any survey to ascertain total number of beneficiaries of Forest Rights Act. Credit: Vikas Choudhary / CSE

A recently tabled audit report from CAG of India on the government of Odisha reveals the performance of implementation of Forest Rights Act (FRA), 2006 during the period 2011-16 in the state. The rules for carrying out the provisions of FRA were notified in 2008 and were subsequently amended in 2012.

The performance audit sampled five districts—Deogarh, Koraput, Sundargarh, Malkangiri and Sambalpur –and pronounced a shocking finding that “even after eight years of implementation of FRA only 46 per cent of villages were fully covered in four out of five sampled districts”. More shocking was the observation that “not a single village was fully covered in Deogarh district”.

Status of coverage of villages under FRA in sampled districts

This audit exercise also brought to the fore a startling fact that “the Government had not conducted any survey to ascertain the number of forest dwellers for recognition of forest right for all eligible forest dwellers in the state”. The scheduled Tribes and Scheduled Caste Department, in its reply filed in November 2016 to this audit report, accepted non-conduct of beneficiary surveys and further stated that “the number of projected households for each districts was prepared based on a detailed assessment of forest fringe villages and ST households and were supplied to each Collector”.

When it comes to granting the claims, CAG audit scrutiny revealed that coverage was satisfactory in Malkangiri district (96 per cent of villages covered), while in Deogarh and Sundargarh only 34 per cent and 38 per cent villages were covered respectively. Audit also underlined that rejection rates were also very high in these two sampled districts (Deogarh and Sundargarh).

CAG auditors noticed 20,623 claims falling under ‘rejected’ category in the five sampled districts. While the Rule 12 A (10) stipulates that “all decisions of the SLDCs and DLCs that involve modification or rejection of a Gram Sabha resolution or recommendation of the SLDCs shall be accompanied by detailed reasons for such modifications or rejection”, the Audit found that only 13,398 rejected claims had recorded reasons. More shockingly, case records of rejected claims were not available in any of the sampled district except Deogarh. The statistical details on the rejected claims are as follows:

Reasons for rejection of Forest Rights claims at SDLC level

Responses of FRC members interviewed during audit to gauge awareness

CAG auditors were also shocked to observe “inter-district variation in application of eligibility criteria and norm for selection/ rejection”! This performance review flags off concern over the state of implementation of the Forest Rights Act, even after a decade of its promulgation. Organisations working on forest dwellers’ issues must take note of some very minute audit scrutiny and carry out the follow-up Social Audit exercise in these sampled districts, as well as other neighbouring districts.