In a letter dated June 27, Leena Nair, the then secretary, Ministry of Tribal Affairs had written to the chief secretaries of states raising violations under FRA, especially in Kerala 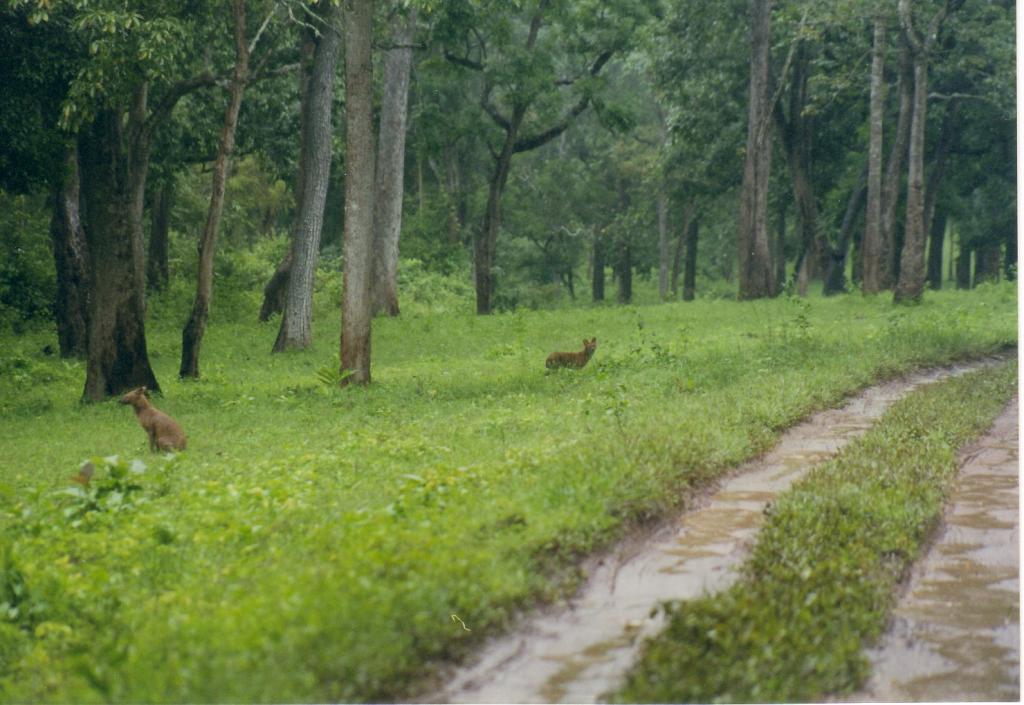 The Ministry of Tribal Affairs (MoTA) has asked all the chief secretaries of states to review and file a report on the implementation of the Scheduled Tribes and Other Traditional Forest Dwellers (Recognition of Forest Rights) Act, 2006 (FRA).

In a letter dated June 27, Leena Nair, the then secretary, MoTA, asked states to submit the reports within 10 days. Nair was replaced by the new secretary,​ Deepak Khandekar​ on July 1.

The secretary asked the states to train their forest department staff on the importance of FRA and the symbiotic relationship between forest dwellers and forest and its ecosystem.

The letter focuses on the issues in implementation of the act that emerged in the review-cum-consultation meetings held with the states and Union Territories in 2017.

High rates of rejection of Community Forest Resource rights and non-communication of reasons for rejection of claims were some of the issues raised.

States were asked to share data on pending claims, be it at the Gram Sabha level, sub-divisional level committee (SDLC) or district level committee ((DLC). The letter reminded the states of MoTA’s letter regarding the same on June 7. 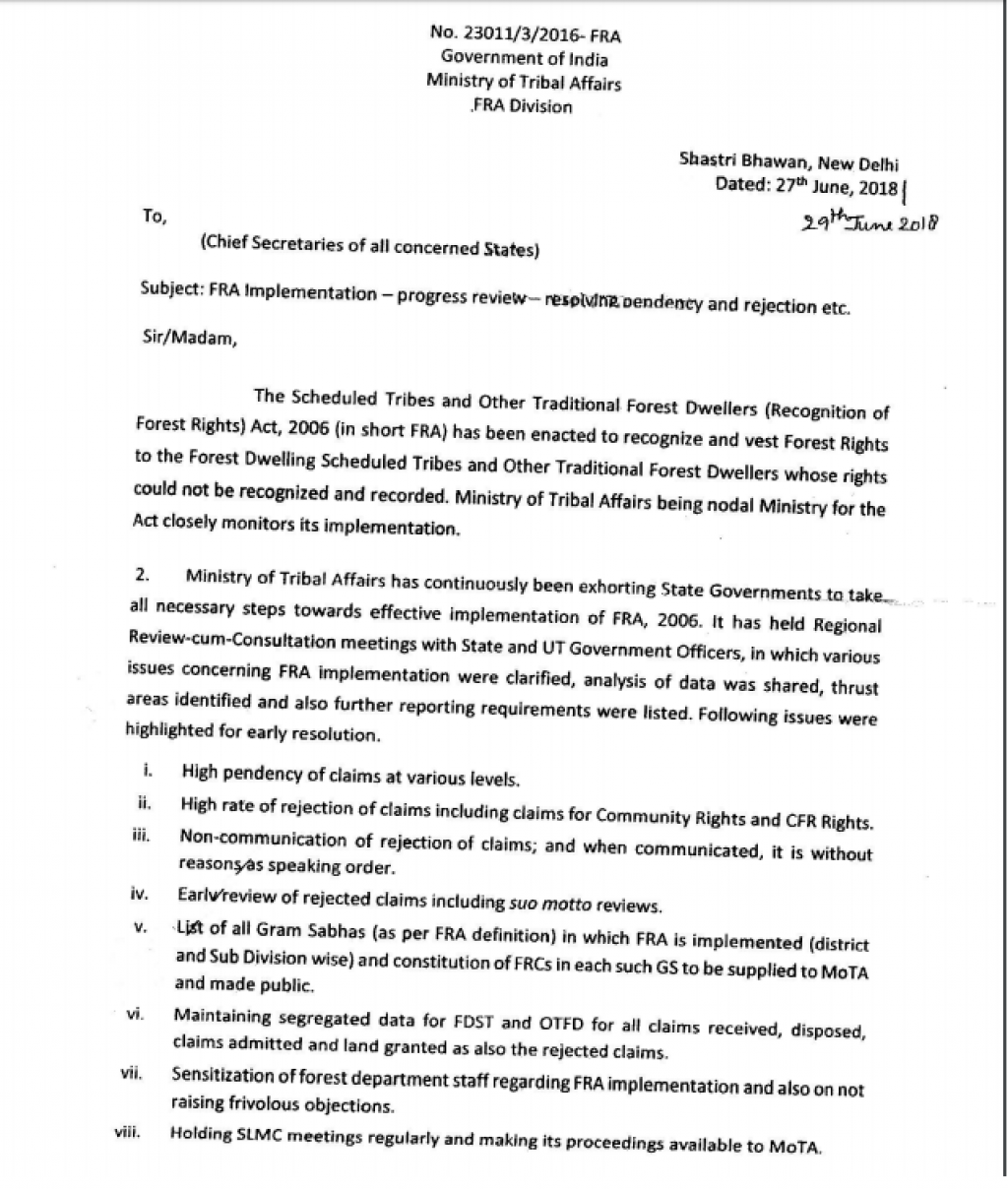 “Since pendency leads to claims being neither approved nor forwarded to next level, nor being rejected, the process of vesting of rights under FRA stagnates,” says the letter says. It stresses on the need to process and dispose of claims at a faster pace. The letter also asked the states to compile separate data sets for pending claims of Other Traditional Forest Dwellers (OTFD) and Forest Dwelling Scheduled Tribes (FDSTs) and provide it to the ministry.

The letter also draws attention to violation of the spirit of FRA. Often, after claims are rejected, the communities are evicted without waiting for the decision on the appeal against the rejection, said the letter.

The meetings also mentioned how communities are denied rights under FRA, especially in Kerala. “In Kerala, a new ground for raising objection has been ‘invented’, terming the forestland claimed by OTFD/FDST as Ecologically Fragile Land (EFL), which is not tenable in terms of FRA Rules there under and the Guidelines. Claims cannot be withheld or rejected on such invalid grounds.”

In another letter dated June 19, Nair had objected to the draft National Forest Policy by the Ministry of Environment and Forest.

“The idea to bring out a forest policy is welcome, unfortunately, the policy has disregarded the traditional custodians and conservatives of the forests, namely, tribals,” Nair's letter was quoted in media reports.

The ministry could not be contacted for a reply.