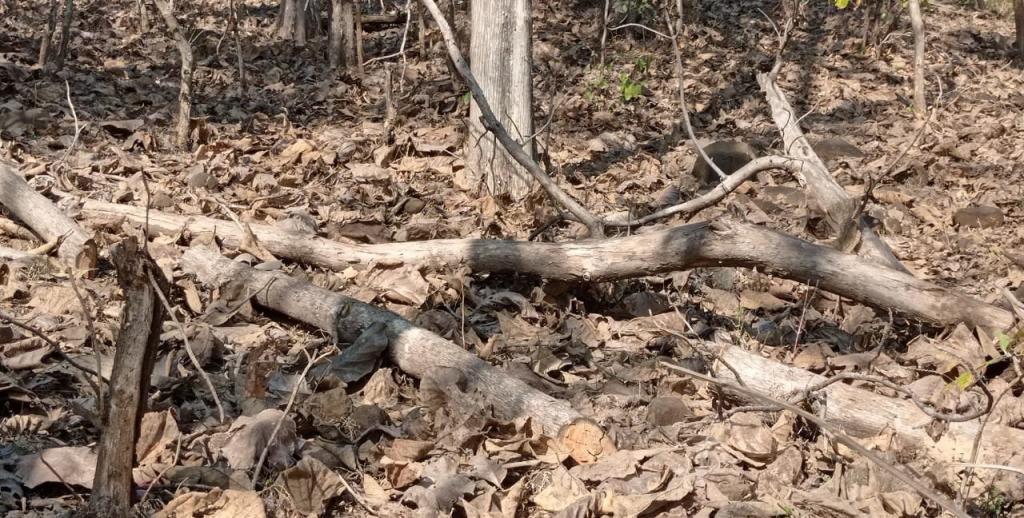 Some villagers from Maharashtra’s Malur forest village — inside Melghat Wildlife Sanctuary, a protected area (PA) — have alleged illegal tree felling by those willing to relocate. The village Gram Sabha January 27, 2021 wrote a letter to principal secretary, state forest department, claiming that they were doing so with help from forest officials:

“There is heavy felling of trees in the region and the wood is taken by the people who are relocating. No one is stopping them at the forest check post. Hence it seems to us that this is not just in the knowledge of forest officials but also happening with their consent. These trucks are stocked in the evening and leave during night (sic).”

The Gram Sabha sent a letter to the Chief Minister’s Office on the same day, that forwarded it to the principal secretary.

The village in question is being relocated from within the sanctuary under the voluntary relocation guidelines of the National Tiger Conservation Authority of India. Out of the 105 households inside the PA in the village, 45 have agreed to relocate.

Purnima Upadhyay, tribal rights activist from non-profit Khoj, alleged: “Those willing to relocate have been allowed to cut trees under the watch of forest staff of two wildlife divisions. The move is passed off as relocation through three forest checkposts — Harisal, Semadoh and Bihali — which fall under three different forest and wildlife divisions.”

She claimed that while the divisional commissioner and chairperson of the divisional level forest rights committee, Amravati, granted a stay on the relocation process, the state forest department did not any pay heed to the order.

The process of rights recognition under The Scheduled Tribes and Other Traditional Forest Dwellers [FRA] (Recognition of Forest Rights) Act, 2006, is currently underway in the PA. Forest dwellers, under the FRA, cannot be displaced or relocated unless the rights recognition process is complete.

According to Upadhyay, the sub-divisional level committee (SDLC) had rejected the rights recognition claims under the FRA on August 27, 2019, stating that the area was a critical tiger habitat (CTH).

“The decision was challenged at the district-level committee (DLC) within 60 days of the rejection. The villagers also wrote to the district collector on August 17, 2020, demanding subsequent appeal. But on January 2, 2021, the DLC stated that since no appeal was filed against the SDLC, the rejection by the SDLC was upheld,” said Upadhyay.

“The allegations of tree felling are untrue. The FRA claims in the village have been settled and people have given their consent for relocation. We went to Malur forest village 10 days ago. People there said they did not file any complaint.”

The protected areas of Maharashtra, including the Melghat Wildlife Sanctuary, were among the first PAs to identify critical wildlife habitats (CWH).

Under FRA, critical are defined as “areas of national parks and sanctuaries where it has been specifically and clearly established, case by case, on the basis of scientific and objective criteria, that such areas are required to be kept as inviolate for the purposes of wildlife conservation.”

The idea behind creating CWHs was to prevent human-wildlife conflict in these PAs by identifying areas where it was scientifically proven that human activity can “irreversibly damage” and “threaten the existence” of wildlife.

On September 9, 2019, the Bombay High Court brought to halt the process of identifying CWHs, after tribal rights activists accused government officials of flouting the FRA provisions while notifying them.