What if not single-use plastics? Why not leaf cutlery? 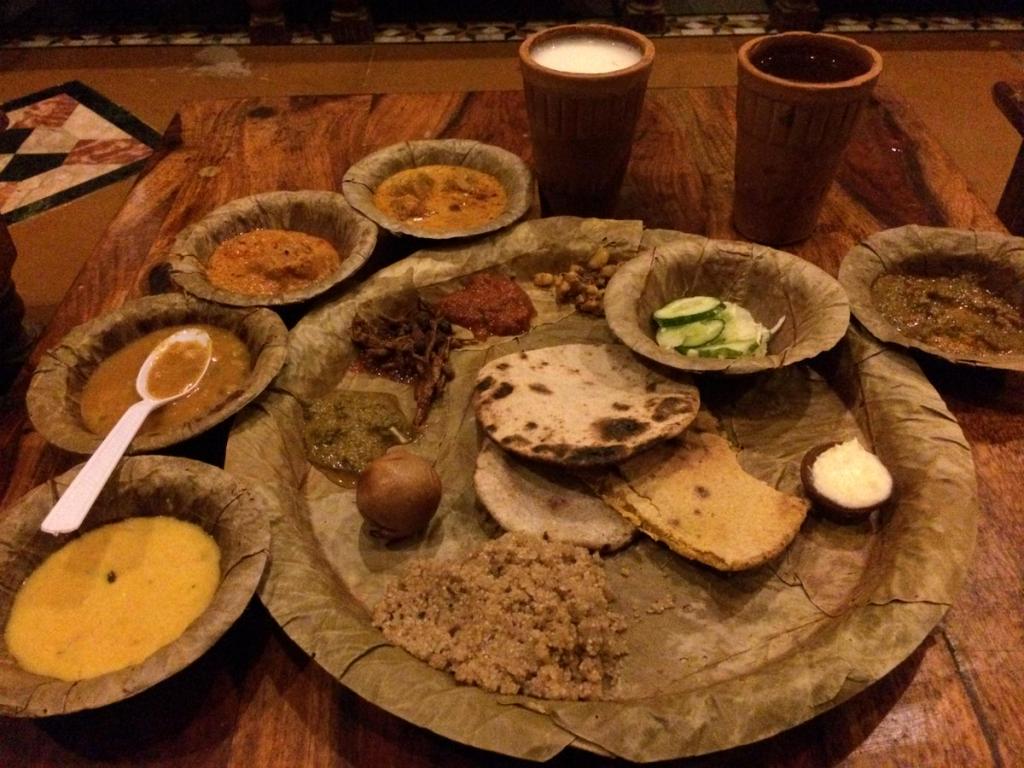 Plates and bowls made of leaves.

Prime Minister Narendra Modi’s exhortation to Indians to ban single-use plastics has once again put the spotlight on traditional Indian leaf cutlery as a possible alternative.

The prime minister recently talked about the menace of single-use plastics in his radio programme, Mann Ki Baat and asked citizens to participate in putting them off use.

Approximately 22,000 metric tonnes plastic waste is generated every month by all the food delivery aggregators in India combined. A proactive step by these companies to adopt leaf-based utensils will be a huge step towards decreasing and ultimately, finishing plastic waste.

Chitta Ranjan Pani, a tribal livelihood activist told Down To Earth that urban Indian households should discard the usage of their waste-producing plastic utensils and adopt leaf-based cutlery, which is a zero-emission product.

A shift to biodegradable cutlery would enrich the soil, reduce carbon footprints, arrest deforestation and hence diminish the impact of climate change.

The biggest advantage of using leaf cutlery however, would be the benefits that accrue to India’s tribal populations, who have traditionally engaged in manufacturing it.

If the ban, which the prime minister talks about, comes through, it may prove to be a boon for the forest-based leaf cutlery industry of India.

Indian tribals or adivasis, who constitute just 8.6 per cent of India’s population, account for about one-fourth of the population in the poorest wealth quintile, according to the World Bank.

More than one–third of Scheduled Tribes and Castes under five years of age were underweight, compared to 215 in the general population, a 2017 study by the National Institute of Nutrition, Hyderabad, showed.

A ban on single-use plastics might result in the usage of leaf plates and spoons, which provide livelihoods for nearly five million adivasis in Odisha alone.

In the North East, cutlery is made from peach-coloured areca leaves. Besides that, banana leaf plates, traditionally from southern India, are known across the country.

“Odisha, Chhattisgarh, Maharashtra, Madhya Pradesh, parts of Gujarat and Andhra Pradesh are huge potential markets for these kind of utensils. If given an impetus, it is very much possible to develop this market for alternative cutlery,” Pani said.

According to him, the market for leaf-based cutlery in India is worth Rs 2,000 crore. The forest region of Betnoti in Odisha alone produces Rs 400 crore worth of sal leaf cutlery.

A large-scale substitution form plastic-based utensils to plant-based cutlery can be a game-changer for forest dwellers. According to media reports, in some districts, tribal women have already started forming federations for better trade deals.

In addition to the domestic market, Indian leaf-based cutlery is in huge demand in international markets as well.

A German startup, Leaf Republic, imports leaf plates from its registered Indian company, Bilotech and processes it further before it enters the German markets. Indian companies like Bioworld also engage in exports of leaf-base cutlery.

Some of these leaf varieties have had a bumpy ride, fraught with impediments, regarding royalties and tax laws. sal, categorised as a minor forest produce, had initially been taxed at 18 per cent at the onset of the Goods and Services Tax (GST) regime.

This was in addition to the Rs 86 per quintal royalty on sal leaves which was to be paid to the forest department. The imposition of this dual financial burden had negatively affected the sal leaf trade.

At present, both these economic obligations are eliminated. Siali leaves too came under the GST bracket of 18 per cent, which was brought down to 5 per cent and is presently Nil.

Ahead of the 2019 Odisha elections, the state government had retracted the royalties on sal leaves on January 21, 2019.

The government now offers a minimum support price (MSP) for sal leaves, to the tune of Rs 30 per kilogram. Forests activists are also demanding Siali leaves to be brought under the ambit of MSPs.

According to a report by an Odisha-based newspaper, procurement delays, lack of awareness and other bureaucratic impediments are restricting the full benefits of MSP.

A fair price for their sal leaf produce would help tribals to strengthen their livelihood, address malnutrition and improve their health situation.

But the problem does not end here. Pani says the traders who buy the wares of the forest dwellers, exploit them, something which discouraged the adivasis.

He also believes that banning single-use plastics is a start but the government needs to be passionate about the cause of the tribals and address their concerns with a hands-on attitude, if a change is to be brought about and realised.