World halfway through to the UN’s 2030 Agenda; but it is not the halfway world imagined in 2015, when the Agenda was floated, says Amina Mohammed 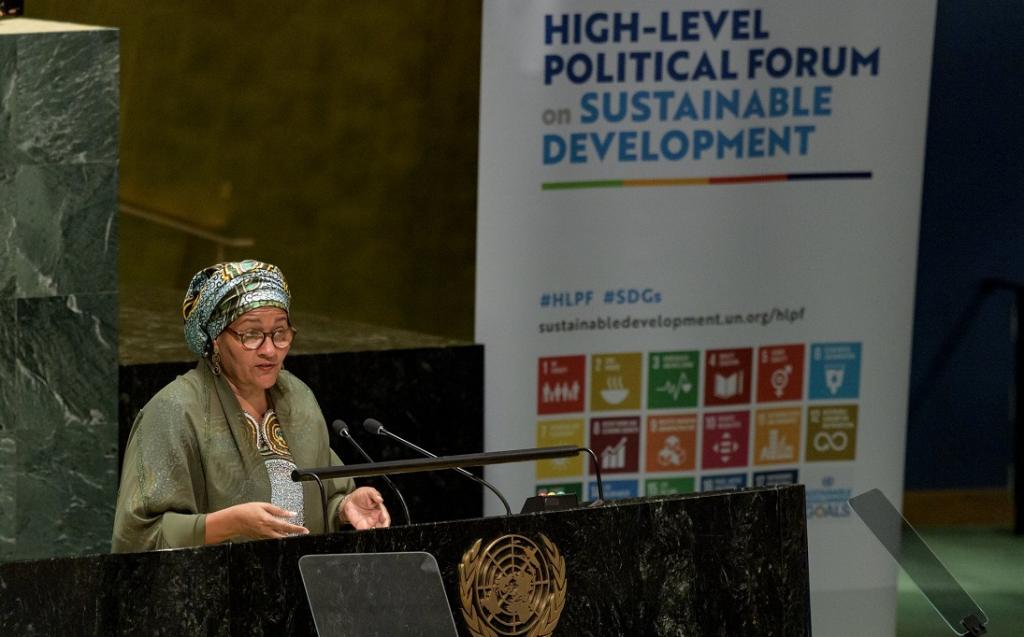 For many countries, the pandemic exacerbated issues of poverty, unemployment, unsustainable debt, widening inequalities and inflation, she added.

At the household level, many families saw their incomes reduced.  Countries with large service sectors and those that depend heavily on tourism or oil exports suffered most, Mohammed said.

She was speaking at the UN Economic and Social Council (ECOSOC)’s high-level political forum on sustainable development in New York City.

The UN’s 2030 Agenda for Sustainable Development encourages member states to “conduct regular and inclusive reviews of progress at the national and sub-national levels, which are country-led and country-driven”. This is as part of its follow-up and review mechanisms.

This year marks the seventh year of voluntary national review presentations. The 44 countries presenting this year will bring the total number that have presented to 187.

Mohammed pointed out that voluntary national reviews this year also highlighted the pressing challenges of food insecurity and climate change.

“Some countries reported an increase in droughts and floods, a reduction in biodiversity, erratic rainfall trends and locust swarms that have decimated crop yields and affected the livelihoods of rural communities,” she said.

Women, young people and children were the most vulnerable across all countries.

Some countries reported a rise in early marriage and dramatic increases in gender-based violence. Many women, especially mothers, left the labour market during the pandemic as the care burden escalated.

Many young people the world over now face even greater challenges in accessing education, training and jobs, with increasing levels of anxiety and related mental health issues.

Governments, in partnership with the private sector, invested in domestic vaccine production and provided vaccines to refugees both within and outside their borders.

Mohammed also talked about the UN’s 2030 Agenda, which was floated in 2015. “We are near the halfway point of the 2030 Agenda. We have made progress.  But, I think it is fair to say that this is not the “halfway there” world that we imagined in 2015,” she said.

She added that the multiple crises the world was in the grip of were a wake-up call for much‑needed, often‑absent solidarity.

“I believe we can turn them into an opportunity. The key lies in the required transitions in renewable energy, food systems and digital connectivity — and in investment in human capital, financing the opportunities,” she said.

These transitions must be purposefully designed to increase economic growth, employment and equality, open in order to keep the UN’s 2030 Agenda promise to leave no one behind.

“The Sustainable Development Goals Moment during the General Assembly in September this year will be an opportunity to focus on these deep transitions, and on the work needed to get us back on track,” Mohammed said.