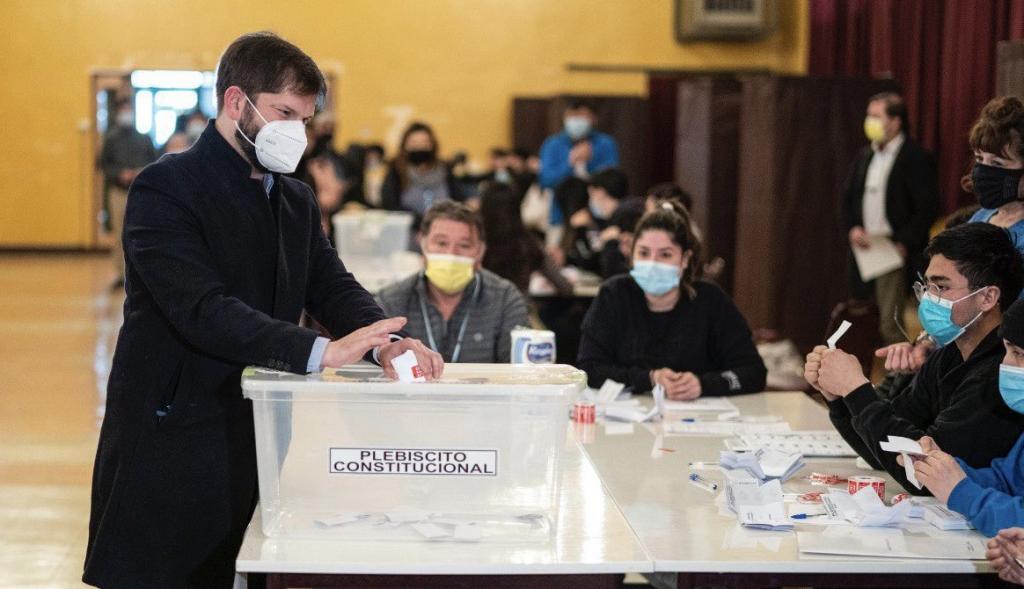 Chileans voted September 4, 2022, to reject a new constitution that would replace its current one, according to media reports. The new constitution had been hailed for enshrining rights for women, indigenous groups, nature, environment and water.

Read Chile poised to grant rights to Nature; could become 2nd such country besides Ecuador

John Bartlett, a journalist covering Chile for The Guardian, New York Times and others, tweeted that “only 6 of Chile’s 346 electoral districts voted in favour of the new constitution.”

Chile’s socialist, left-leaning President Gabriel Boric, who had staked a lot for getting the new proposed constitution replace the old one, accepted the result of the referendum and will now hold a meeting September 5 morning in the Presidential Palace, according to The Guardian.

The current constitution of Chile was put in place during the regime of controversial dictator Augusto Pinochet (1973-1990), who came to power in a coup detat supported by the United States Central Intelligence Agency.

The coup overthrew Salvador Allende, the first Marxist to be elected as president in Latin America.

Down To Earth sent an email to Isabel Allende, the niece of Salvador and a globally-known author, requesting a comment on the referendum but did not get any response.

“If the people of Chile vote “no”, it will be a disappointing setback. But the efforts of millions of people to change our (the world’s) dangerous trajectory will continue,” he had said.

Boyd had noted that the draft Chilean Constitution was very progressive — environmentally, economically and socially.

“The rights of nature provisions are similar to those found in Ecuador’s 2009 Constitution, and if the draft constitution is approved by the people of Chile, it will mark another important advance globally for this vital movement,” he had said.

Recognition of the rights of nature is a powerful shift, both legal and culturally, in a world where laws and philosophies have too often treated nature as a mere commodity for human exploitation.

He also said: “In the light of the global environment and climate crisis, I anticipate that more and more nations will recognise the rights of nature, as part of the transformation of systems needed to achieve a just and sustainable future.”

The proposed new constitution would have also made Chile ‘plurinational’. It contained provisions on autonomous territories for indigenous groups.

The Chilean state recognises 10 indigenous groups. These include the Mapuche in the central Araucanía Region, who are engaged in an ongoing conflict with the Chilean state.

DTE contacted Elisa Loncon, a former member of the Constituent Assembly of the Mapuche People, but had not received a response by the time of the publication of this story.

On March 25, 2022, the plenary body of Chile’s Constitutional Convention had formally approved the Rights of Nature within its proposed constitutional text.

The now-rejected constitution also had articles on climate change, biodiversity and environmental democracy.

Chile elected Boric as its 36th president December 19, 2021. Boric defeated José Antonio Kast in the second round of the presidential election, obtaining 55.9 per cent of the vote. Boric is Chile’s youngest president and second-youngest state leader in the world.