Droupadi Murmu to Rekha Devi: Women who rose from Panchayats to Assemblies, Parliament 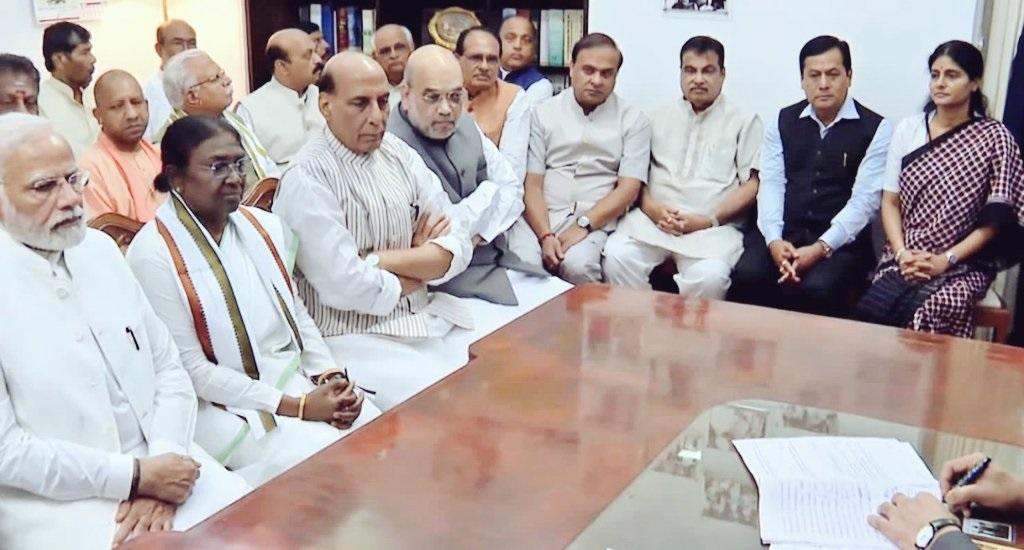 Droupadi Murmu files her papers as the NDA's candidate for President

This was updated July 23 to reflect the results of the 2022 presidential elections.

India got its first Adivasi President-elect in Droupadi Murmu by July 21, 2022. Her political rise from a Panchayat post to that of Presidential candidate is a success story.

Her nomination as the National Democratic Alliance’s presidential candidate happened in concurrence with the 30th anniversary of the passage of the Constitution (73rd Amendment) Act.

The Act came into effect April 24, 1993. It empowered state governments to take the necessary steps that would lead to the formalisation of Gram Panchayats and help them operate as units of self-governance.

Down To Earth revisits the journey of Murmu and a few other women politicians who started their political career from Panchayati Raj Institutions (PRI) and reached Parliament or legislative assemblies. 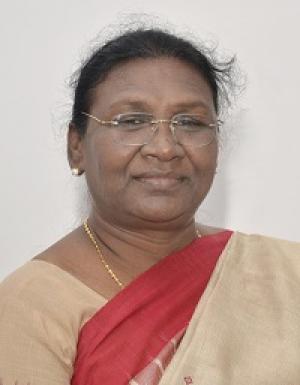 Murmu was born in Odisha’s revenue village Uparbeda, dominated by Adivasis. She was elected as a Ward Sabha councillor in 1997.

She was elected to the Odisha Legislative Assembly in 2000 while serving as a PRI official in a Rairangpur Nagar panchayat. She has been elected to the Assembly twice. She served as the Governor of Jharkhand from May 8, 2015 to July 12, 2021.

Some have hailed her journey that has been full of difficulties and find her nomination as an Adivasi candidate empowering. Others have dubbed her as a ‘poster Adivasi’, for not taking any developmental initiatives for Adivasis in Jharkhand during her tenure as governor.

But Murmu did put her foot down on the controversial amendments to the Chota Nagpur Tenancy Act, 1908 and the Santhal Pargana Tenancy Act, 1949. She also returned two contentious amendment bills to then Raghubar Das-led Jharkhand government. This is recalled even by her opponents.

Murmu, 64, if elected, will also become the second woman President of India, after Pratibha Patil.

She is a graduate in Arts from Ramadevi Women’s College in Odisha’s Capital Bhubaneswar. She had also worked as a junior assistant in the irrigation and power department, Odisha government and as a teacher in Rairangpur. 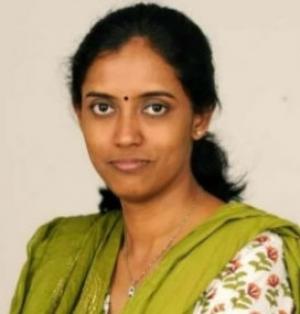 Jothimani Sennimalai, better known as Jothimani — was elected as Lok Saha member of Parliament (MP) on a Congress ticket from Karur Constituency, Tamil Nadu in May 2019.

She began her political career at the early age of 22 as a councillor for K Paramathi Panchayat union and rose through the ranks.

She was born in a small village in the state’s Tiruppur distict and after her farmer father’s death at an early age, was brought up by a single mother named Muthulakshimi.

She contested PRI elections at a young age over the cause of water in Madharivalavu, a Dalit colony. She later succeeded in giving the colony a separate water connection. It took her three years of struggle to succeed in doing so.

The political journey of Jothimani, who is now 47, with no family background in politics, was a tough one, in her own words. “Patriarchy, like anywhere else in India is at play in Tamil Nadu and I have faced it at various junctures throughout my political journey,” she told DTE.

She lauded the 50 per cent reservation to women provided over Panchayat seats in grass root elections.

“I, who came from an agricultural family and was brought up by a single mother would not have made it without reservation for women (in PRIs). There were difficult phases when I had second thoughts about my decision to join politics. But my mother stood rock solid in my support,” she said.

Jothimani said the practice of women elected as proxies for men in Panchayats — prevalent in states such as Bihar, Gujarat and Haryana among others — was hardly visible in her state.

She is a member of the Committee on Welfare of Other Backward Classes, Standing Committee on Industry and of Consultative Committee, Union Ministry of Women and Child Development.

Jothimani has a Master’s degree in Tamil. She is also a writer. She is vocal on the issue of Dalit empowerment and makes initiatives on the same.

Voters in the 2019 general elections had supported her ground work to get potable water to many parts of the Karur constituency and her conduct as a councilor in various parts had also earned praises.

A library set up by her in Karur from her tenure as a councilor still exists. However, she had suffered an electoral defeat once during the 2014 Lok Sabha election. 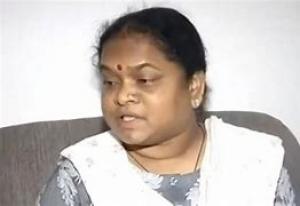 Phulo Devi Netam, an Adivasi leader from Chhattisgarh, started her political journey as president, district Panchayat, Farasgaon village in 1994 and rose through the ranks. She was elected as Rajya Sabha MP last year on a Congress ticket.

She held the post of chairperson, Committee on the Welfare of Women and Children in the Chhattisgarh Legislative Assembly from 2001 to 2003. She served as the president of the district Panchayat, Jagdalpur, Bastar from 2005 to 2010.

“I had never thought I would reach till here. My political journey started from a Panchayat in Bastar district. I think my family support helped. They gave me all freedom to focus on my political career. There are many frequent ups and downs for women politicians. Huge challenges confront you in your career,” said Netam.

“What mattered to me and should matter to other women politicians is to not allow disturbances to let you lose your focus. Mukhiyapatis and Sarpanchpatis (male de facto leaders in Panchayats) do dominate many PRI women leaders in Chhattisgarh as well. However, the practice is not as rampant here as in Bihar,” added Netam, 50.

Netam has studied till Class 12. 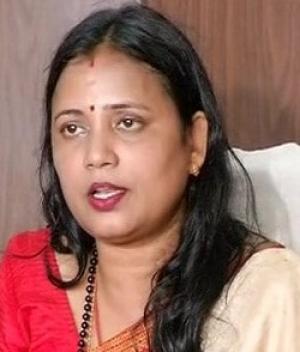 Sulata Deo is a newly elected Rajya Sabha MP of the ruling Biju Janata Dal in Odisha. She took oath in the Upper House in July this year.

She had started her political career as a Sarpanch and became Jajpur Zilla Parishad president later. Deo also worked in the Social Welfare Board. She had also won awards and accolades during her tenure as an elected PRI leader.

The lack of digital literacy among many leaders in deprived states is often found to be a limitation during the roles in PRIs.

“I didn’t face much trouble in performing my role as sarpanch because I know digital technology well and have a degree in a vocational course in communications. Odisha Chief Minister Naveen Patnaik has always appreciated skill training and emergence of women in grass root politics,” she said.

Deo was elected in Panchayat polls in 2006 over a general seat. 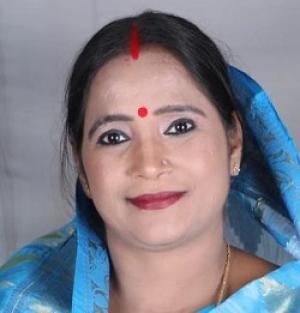 “I won Panchayat Samiti elections in 2006 and was elected as Panchayat chief also. I worked hard on the ground and hence have climbed up the political ladder. If you get support from home, it counts,” she said.

More than 90 per cent women PRI leaders in Bihar, as evident from DTE’s reporting, are found to be proxy candidates to males in the family.

Rekha’s candidature is exceptional. She said she found support from her husband and in-laws to contest polls and serve in office independently.

“If an outsider makes you feel violated as a woman or creates hurdles in your political journey as a woman, interaction and attempts to make them understand things also helps.

“I was inspired by my husband, who had a perception about politics. I was determined. I took his help but evolved with my political experience and here I am. Reservation in PRIs was the key push,” she said.

She agreed that hurdles for women are many as “an entire lot of men in society works towards breaking our determination to lead.”

“But sometimes, your patience and hard work makes you succeed,” she said. She also accepted that the practice of proxy leaders was quite rampant in society, though it was not dominant in her case. Rekha has studied till Class 5.