Ground report: How cyclones Amphan & Yaas pushed girls from the Sundarbans into trafficking 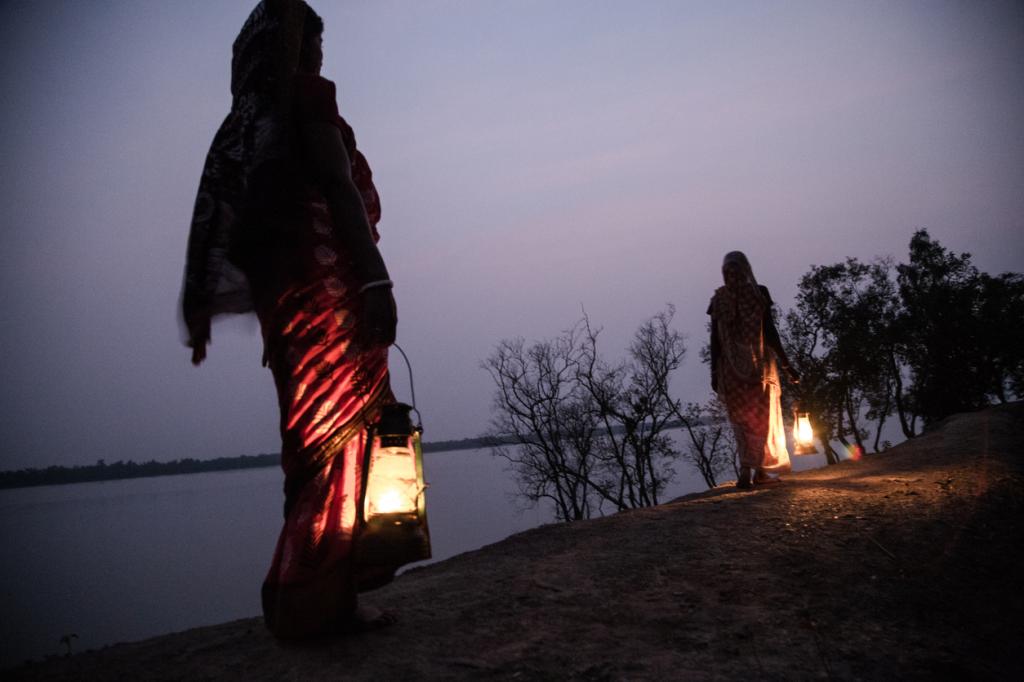 It has been a stormy life for cousins Tisha and Salima. Growing up in the Sundarbans delta in West Bengal’s South 24 Parganas district, they remember cyclones as major milestones in their lives.

Still in their teens, they have endured five severe cyclones in over a decade — one every other year. Each time a cyclone hit their villages in the Sundarban police district subdivision, it pushed them into a downward spiral of poverty. Trying to break the cycle has often ended in nightmarish situations.

South 24 Parganas is not only affected by the maximum number of cyclones in the country but is also highly vulnerable to climate change impacts, according to the India Meteorological Department.

It is also one of the country’s poorest districts — 37.2 per cent of its population lives below the poverty line, according to state government data. As extreme weather events keep aiding and abetting poverty, their impacts on people’s lives are devastating.

Salima’s four-member family reached the breaking point on May 20, 2020, when cyclone Amphan made landfall on the West Bengal coast. “We used to live in Raidighi town along a tributary of the Matla river. Our mud-and-thatch house was on the river bank,” Salima told Down To Earth (DTE).

“Amphan caused a massive tidal surge, washing away our house and all our belongings within minutes,” said Salima’s mother, the family’s sole breadwinner who used to work as a farm-hand for Rs 2,000 a month. She was rendered jobless as the saline water inundated farmlands in the village and made them unfit for cultivation.

A year later in May 2021, as the family was still trying to pick up the pieces of their lives, Cyclone Yaas delivered another blow. Though it did not hit West Bengal directly, the state’s coastal areas experienced squalls, with wind speeds 140-260 kilometres per hour, and large-scale flooding.

“Yaas made it impossible to live in Raidighi. So, we moved in with Tisha’s family whose village Borochanfuli lies further inland,” Salima recalled.

But life was not easy there either. Tisha’s entire family worked as daily-wage agricultural labourers and could hardly make ends meet. “At times, to arrange food for the family, we would sell a few chickens, but that could not sustain us for long,” Tisha told DTE.

Soon, like everyone else around them, the cousins started looking for employment and income. Their desperate search ended a few months later when they encountered someone, who at the time appeared to them as a “saviour”.

“The woman claimed to be from our village who worked in Delhi. She offered us jobs of domestic help in the national capital at a government official’s house,” Tisha recalled. It was an unbelievable offer: A monthly income of Rs 10,000 each, with free lodging and food.

Such a chance to escape a risky geography put all their doubts at bay. But when they reached Delhi on September 10, 2021, they realised that the offer was a ruse. The woman had sold them to a buyer in Delhi’s Shakti Vihar for Rs 5 lakh each for forced prostitution, recounted Salima and Tisha.

Young girls like Tisha and Salima are the preferred victims of human traffickers whose network has been growing because of frequent cyclones and consequent chronic poverty in South 24 Parganas and the neighbouring regions.

Around the time the traffickers lured Tisha and Salima to Delhi, they had also set a trap for two other sisters — Hadhira (18) and Rania (19) — from Beluni village in the Sundarban police district.

Located 24 km from Raidighi, Beluni was also severely battered by cyclones Amphan and Yaas. “We have no land and our parents used to work as daily-wage labourers to feed our six-member family. After Amphan, when we had to rebuild our house, they could not go to work on a regular basis,” said Rania.

The family’s dependence on government ration for survival deepened with recurring natural disasters.

The woman who trapped Tisha and Salima also made the same promises to Hadhira and Rania. The sisters landed in Delhi on October 1, 2021 and were sold to a brothel for Rs 4 lakh each.

All four girls were rescued by local police in Delhi and sent back to their villages on October 23, 2021. When DTE met them in their villages earlier this year, they had already begun their search for another escape route from the vicious cycle of disasters and poverty, irrespective of the consequences.

“While there has been an enormous amount of attention paid to the factors that shape vulnerability to human trafficking, such as poverty and uneven development, conflict and gender inequality, the debate of what enables these factors to exist in the first place is relatively less explored,” stated a paper on communities in the Sundarbans, published in peer-reviewed journal Anti-Trafficking Review in 2017.

“People here primarily rely on agriculture, fisheries, aquaculture as well as collection of prawn seeds and non-timber forest produce for their livelihoods,” the paper said, adding that repeated natural disasters have a severe effect on such sources of income.

“Every time a cyclone hits, embankments collapse and farm lands get inundated by saline water. At times, salination is so high that it takes years for the land to become cultivable again,” said Nihar Ranjan Raptan, founder-secretary of Goranbose Gram Bikash Kendra (GGBK), a non-profit that works with communities in South 24 Parganas to combat human trafficking.

“While some leave willingly in search of work, others are lured under false pretences of marriage or jobs. Incidences of child labour, child marriages and trafficking for bonded labour and forced prostitution increase after every disaster,” he added.

Due to extreme poverty, families want to marry off their young daughters.“They think that way, her daughter will at least have a roof over her head and food on her plate,” said Shaswati Mallick, program coordinator at GGBK told DTE.

Knowing this, traffickers come in the garb of suitors and don’t even ask for dowry, promise her a good life and send money to the family, for whom this is a boon, she added. “But soon after the marriage, the girls are trafficked for sex work.”

In West Bengal, apart from South 24 Parganas, districts such as North 24 Parganas, Murshidabad, Medinipur, Jalpaiguri and the tea gardens of Alipurduar have emerged as hubs for human trafficking.

“A majority of those living in the south and north 24 Parganas and Medinipur depend on nature for their livelihood. Repeated natural disasters have a severe effect on them,” said Mahua Sur Ray, chairperson of the Child Welfare Committee, Kolkata.

Ananya Chakraborti, chairperson of the West Bengal Commission for Protection of Child Rights, said the relation between trafficking and disasters has come to the fore time and again. The first such instance became apparent during the Bengal Famine of 1943, when Kolkata’s Sonagachi area was flooded with people and soon came to be known as the red-light area, she added.

In fact, Chakraborti explained, human trafficking triggered by natural disasters has historically remained underreported because when a calamity strikes, the priority is to ensure that people are physically safe. Looking at trafficking is an afterthought, she added.