Odisha bets on departments working together to end child marriages

The state has declared 5,600 villages free of child marriage since January 2021 amid COVID-19 pandemic 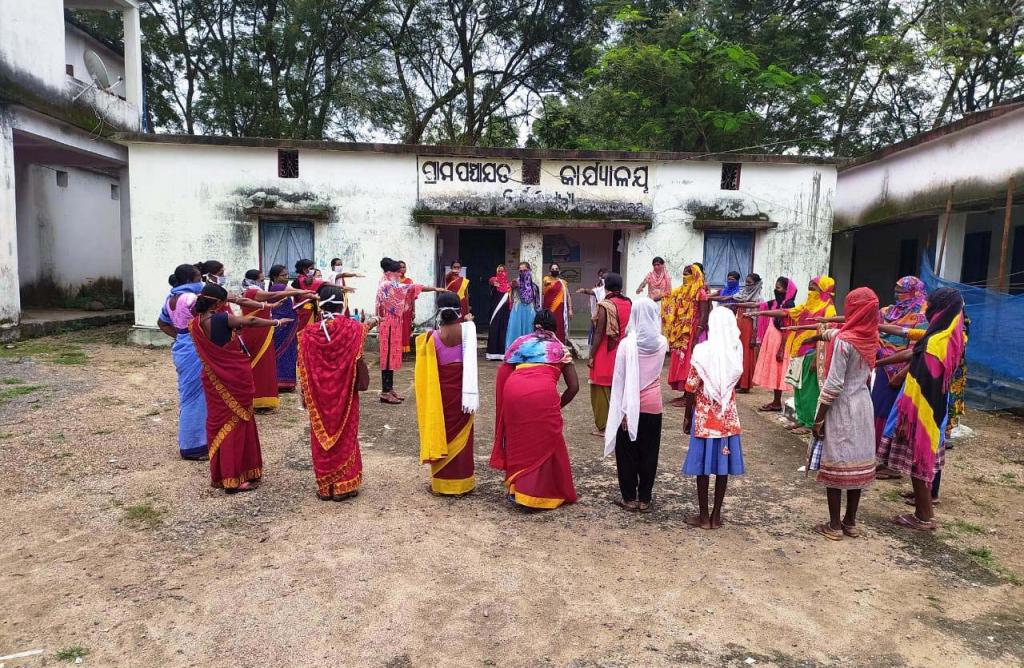 As many as 5,600 villages in the state have been declared “child-marriage free” since January 2021 amid the novel coronavirus disease (COVID-19) pandemic.

The Odisha government had rolled out five-year SSAP October 24, 2019 to end child marriages in the state.

Such encouraging efforts taken up by partner departments and various innovations by districts administrations to end child marriage have turned into a social revolution over the years, according to Meherda.

“At this juncture, however, it is imperative to mainstream rescued children and dropouts through educational and vocational training. This would drive adolescents towards attaining education, achieving career aspirations and delaying marriages,” he said.

It will also work on retention in school through improved access to facilities such as separate functional toilets for girls, safe transport, scholarship campaigns and career counselling in schools.

It will also stress on community mobilisation by school management committees on attending school regularly, and tracking and integrating dropouts.

The WCD secretary said adolescent girls — those rescued from child marriage as well those who are orphaned / are single-parent adolescent girls — could be supported through Kasturba Gandhi Balika Vidyalaya scheme wherever feasible.

He added the list of children and adolescents rescued from child marriage may be provided by the respective district administration. The district task force on ‘adolescent empowerment and ending child marriage’ under the chairmanship of the collector should monitor it to ensure necessary convergence for skilling and proper mainstreaming and engagement of the adolescents.

He also stressed on the introduction of a chapter on child marriage, its consequences and legal provisions Class 8 onwards besides training teachers on life skill, gender and the Prohibition of Child Marriage Act.

The convergent points for state higher education department includes organising gender sensitisation trainings and campaigns on gender issues and laws, as well as mainstreaming adolescent girls and boys rescued from child marriages to educational scholarship and linking them to industrial training institutes (ITIs) for job-oriented vocational training and placement.

In his letter to the state skill development and technical education department, Meherda sought to impart market-oriented vocational training for out-of-school and dropout adolescents, as well as girls rescued from child marriage, child labour and child trafficking.

He also sought to promote enrolment of girls, providing them safe and adequate residential facilities, besides ensuring two ITIs in every district including one exclusively for girls.

The ST&SC development, minorities & backward classes welfare department, on the other hand, is required to engage with local caste and religious leaders, identity-based Adivasi / Particularly Vulnerable Tribal Group federations for advocacy of community-specific advisories against child marriage, and in favour of greater opportunity for girls.

Meherda pointed out in a letter to the law department that child marriages were being arranged in temples. He added that the department may issue an advisory / circular to all temple authorities under the administrative control of the department for mandatory display of a notice board saying, “Marriage before legal age is punishable and no child marriage is solemnised here.”

Temple authorities also may be requested to verify the age of both parties and ensure that no child marriage takes place there, he added.

Odisha has been successful in bringing down the number of child marriages in the past 20 years. As such, in 2017, it fared better than Bihar, Uttar Pradesh, Rajasthan and West Bengal in controlling child marriages.

Data by multiple agencies, mainly National Family Health Survey fourth round (NFHS-4), showed that the percentages of child marriages in eight of Odisha’s 30 districts almost matched those of the top states.

According to NFHS-4, West Bengal and Bihar had child marriage rates of 40.7 and 39.1 per cent. Odisha’s Malkangiri district had a rate of 39.9 per cent, followed by Nabarangpur’s 37.9 per cent and Mayurbhanj’s 35 per cent. Scheduled tribes are a majority in all these three districts.

The Odisha government then took up a child marriage prevention drive in the eight districts; seven more districts having visible prevalence of child marriages were also included later. Two years later, the government rolled out the comprehensive five-year SSAP blueprint to put an end to child marriage completely.

The state government could reduce such marriages to a large extent due to sustained awareness campaigns in collaboration with UNICEF, Action Aid and other voluntary groups in the targeted districts. However, the drive faced momentary setbacks due to COVID-19 outbreak and subsequent lockdowns.

The state reported a sudden spike in reports of child marriages, largely due to the adverse impact of the pandemic on the livelihoods of poor people. Frontline service providers such as anganwadi workers and auxiliary social health activists (ASHA), who earlier had an eye on such illegal marriages in normal times, got busy with handling the pandemic.

Alarmed by the spike, the government tried to reverse the process; the WCD department asked the district collectors concerned to form task forces at the district level and block committees comprising officials, people’s representatives, civil society members and local prominent personalities, and organising trainings and digital meetings to sensitise the people to create awareness in the community.