Open-defecation-free Kandhamal: Only if the toilets would work

Toilets built under Swachh Bharat Mission did not have twin-pits for excreta collection or water supply, claimed villagers 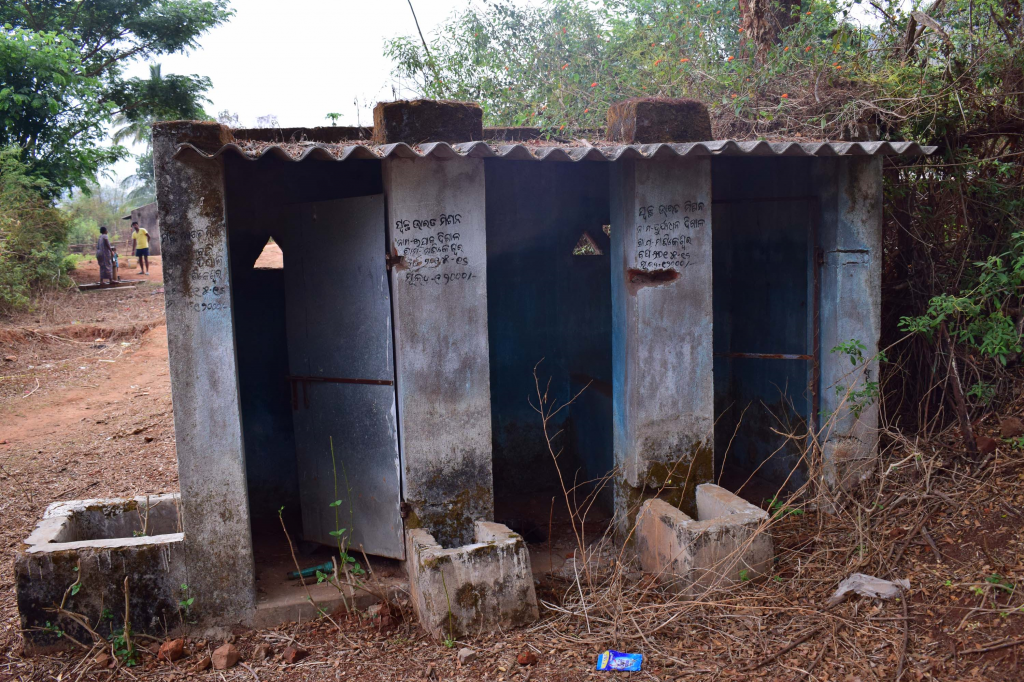 A cement block erected at the entrance of Dasiguda in Odisha’s Kandhamal district greets visitors with a message: “Welcome to our open-defecation-free village.”

But inside the Adivasi village, the picture is not rosy. People say they have no alternative to open-defecation. The reason: The contractor who took up the work to construct these toilets under the Union government’s Swachh Bharat Mission (SBM) allegedly left most of them incomplete and without water supply.

“The contractor’s men took photographs of our toilets without fixing the cement rings to create the twin-pit. They never showed up again,” said Aiban Pradhan, a beneficiary.

A look at his toilet is enough to understand how the programme has come a cropper in the village. The unused toilet stands tall in the backyard — but without the twin-pit meant to collect the excreta.

At least six cement rings are used to make the twin-pit; three of them are a few metres away from the half-constructed toilet in his backyard. His wife Ramabati Pradhan has since converted the rings into a water container. The other three rings lie abandoned on the village road in front of his house.

Another beneficiary, Ramakanta Pradhan, claimed that his toilet was made without the twin-pit: “It is not usable at all.”

Banita Majhi, wife of another beneficiary, claimed they had to fix the rings with their own expenses after the contractor left the construction in the middle.

Most of the 88 Kondh Adivasi families in Dasiguda have similar complaints about their toilets, which were constructed two years ago. Ramakanta alleged that such shoddy construction of toilets was rampant in the surrounding villages under K Nuagaon block as well.

Sarat Kumar Patra, block development officer, K Nuagaon block, said he was unaware of the irregularities as he joined the block only three months ago. 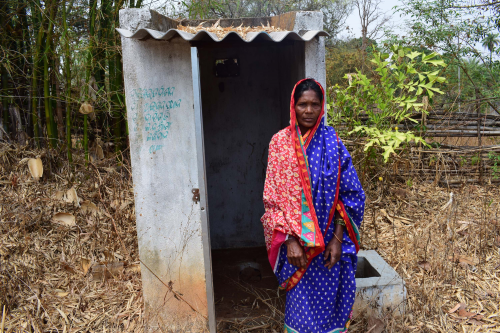 “I will visit the villages to assess the situation. I will take strong action if I find any irregularities,” he said.

Such irregularities are not confined to K Nuagaon alone. In Raikia block’s Manikeswari Sahi Colony — a village atop a hill comprising around 50 Dalit families — most of the toilets constructed in 2016 are now defunct.

“I stopped using my toilet a few days after it was constructed because there was no water supply,” said Isaak Digal, a beneficiary.

Incomplete structures and lack of water supply have rendered the toilets useless in Adivasi villages like Sramagudi, Kiramaha and Gudirigaon under Daringibadi block.

Social activist Narendra Mohanty alleged one would find thousands of such toilets in various stages of decaying while travelling across the district: “The tag of ‘open defecation-free’ district is a sham in Kandhamal. People now keep goats and stock firewood and other household items in toilets.”

Kandhamal was among the top 10 districts in India to be adjudged winner in ‘World Toilet Day’ contest organised by the Union Ministry of Drinking Water and Sanitation in 2018. The same year, the district had reportedly achieved 100 per cent sanitation coverage under SBM.

Odisha achieved ‘open defecation-free’ status in 2019 ahead of Gandhi Jayanti. According to SBM website, like other states of the country, Odisha too had 100 per cent sanitation coverage as it constructed the targeted number of around 7.9 million toilets by October 2, 2019.

The state had one of the lowest individual household latrines coverage at 12 per cent, according to the baseline survey in 2012-13.

The central government launched SBM as a country-wide programme in 2014 to achieve an ‘open defecation free’ India by October 2, 2019 — on the 150th anniversary of Mahatma Gandhi. An incentive of Rs 12,000 was provided to each beneficiary for constructing one toilet each.

The toilets were supposed to be constructed by the beneficiaries with the funds transferred to their accounts by the Union government, according to the guidelines of SBM. However, in a majority of cases, the beneficiaries were prevailed upon by government officials to hand over construction works to contractors.

Social activists working at the grassroots alleged that most contractors did not complete the toilets, but collected the money from beneficiaries after uploading photographs of toilets on the SBM website after receiving clearance from the government officials monitoring the work.

They added that such practices were visible across most districts of Odisha.