Polavaram — displaced and nowhere to go: Rehabilitation colonies are unliveable

Toilets overflow in R&R colonies, residents resort to open defecation; some claim they used their compensation money to get constructions fixed 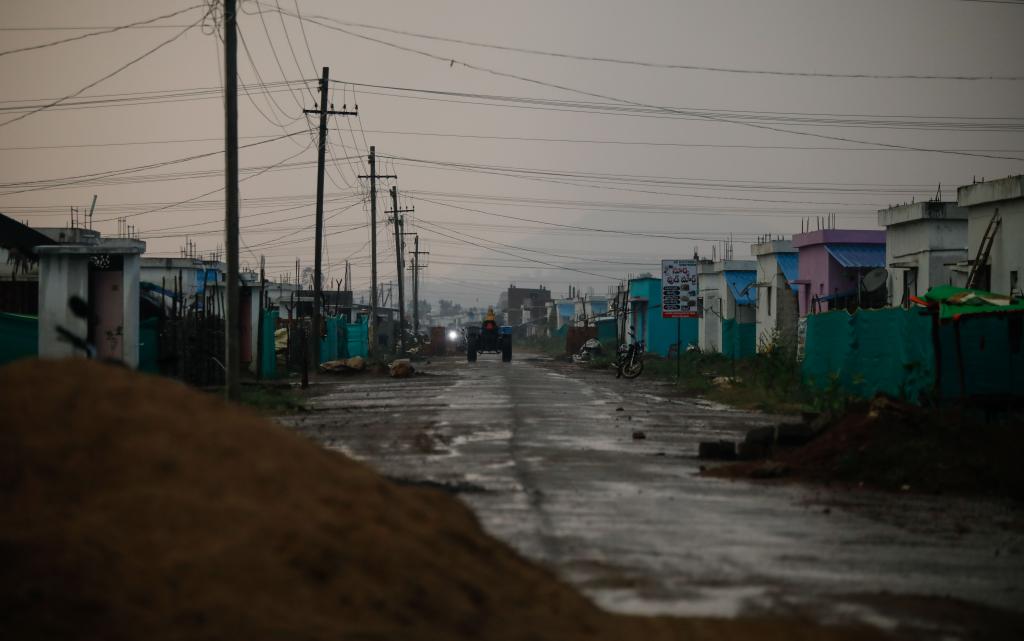 “It feels like I have come from heaven to hell,” 45-year-old Surya Kanta sums up the living conditions in the rehabilitation colonies.

Hundreds have been displaced by the Polavaram dam project — envisaged to harness Godavari’s waters for irrigation and hydroelectric purpose in the coastal areas of Andhra Pradesh and drier Rayalaseema region.

Kanta shifted to Kondrukota non-tribal R&R colony some six months ago, along with 422 families from six villages. Since then, the families have been trying to make the colony liveable.

Displaced families should be given two-bedroom houses under the 2013 Land Acquisition Act. R&R colonies should provide 21 basic amenities starting from street lights and roads, to schools, healthcare centers, places of worship and burial grounds.

While the authorities have displaced the people and shifted many, several R&R colonies lack even the basic necessities. One common problem across the seven colonies DTE visited was the overflowing toilets and people having to resort to open defecation.

The twin-pit toilets constructed by the government in the colonies are already full in six months.

The new deadline to complete the project is April 2022; so the government is looking to displace all villages at the risk of submergence by next year. The execution of the current rehabilitation process, however, doesn’t give much hope.

“The toilet pits are only four feet deep. People shifted here six months ago but many toilets are already full, resulting in overflowing,” said Dasara Venkatesh, who lives in Krishnunipalem R&R colony.

While some have been repairing pits from the compensation money, others have stopped using the toilets completely and resorted to open defecation.

The drainage is faulty and sewerage pipes get mixed with non-sewerage pipes. Poor sanitation conditions have also led to high incidences of dengue.

“My whole family got dengue in July. Many people have been getting fevers frequently after shifting here,” said K Abhay Reddy, a tribal from Konda Reddy community, who shifted from Agraharam village.

Besides, many families are being forced to spend compensation money to fix the “shoddy construction”.

“I received Rs 7 lakh in compensation. Of this, Rs 5 lakh has been used to make the house liveable,” said Midian Veraswamy of Tallavaram colony. He claimed his allotted house had leaking walls.

The National Commission for Scheduled Tribes visited some of the rehabilitation colonies between August 24 and 28, 2021. It observed that the colonies lacked basic amenities like drainage systems, drinking water, roads, sanitation, etc. 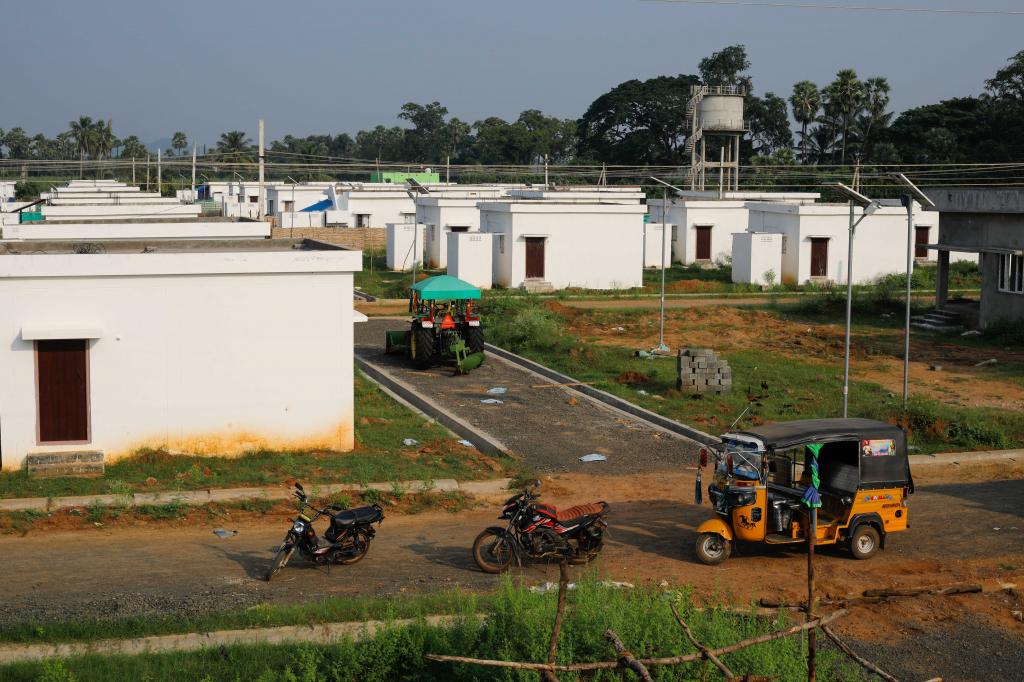 Kondrukota colony in West Godavari. People say they have to spend their compensation money to get internal roads constructed and houses repaired. Photo: Vikas Choudhary

The commission had also noted that the houses constructed in many tribal colonies leaked at the ceiling and that walls had cracks.

The villagers in Gopalpuram mandal, now shifted to a colony some 20 km away, said they travel 6 km every day to fetch clean water for drinking and non-drinking purposes.

“It costs us Rs 40 per family per day. We never had these issues. Is the government going to reimburse these expenses?” asked an angry V Raju.

People in another R&R colony even had to pay to get the internal roads constructed after the contractor fled because of non-payment of dues by the government. “The contractor said the government is yet to pay him some Rs 16 crore. So he left the work,” said Kotumba Lakshmi, a villager. 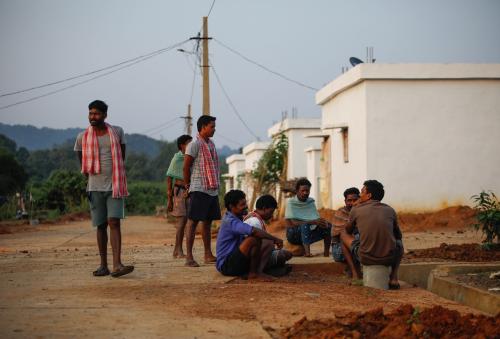 Indukuru colony in East Godavari district. Residents say they do not have any livelihood options anymore. Photo: Vikas Choudhary

The absence of a burial ground is among the major issues concerning these colonies. Recently, two people died in Kondrukota colony. These were among the first deaths since they shifted, and people were in a fix as to where to bury them.

While one body was taken 30 km away for burial, the other was buried just next to their house.

“Next time if someone dies, we will just take the body to the MRO (mandal revenue officer) and keep it on his table and ask him what to do with it,” said T Jyothibabu.

Even in the supposed ‘model colony’, one of the firsts to have come up for relocation in 2006, residents feel they have been short-changed.

At the outset, there is some semblance of a “settled” life here: Potted plants dot the houses, the streets are clean, the houses painted. But as one probes further, the unfair treatment meted to them comes to the fore.

People from three villages — Paragasanipadu, D Ravilanka, and Bodagudam — were relocated here as early as 2006. They only got Rs 85,000-Rs 90,000 as displacement compensation during that time.

They were promised many amenities, including tractors for farming and cashew processing factories nearby to ensure livelihood opportunities. “None of these actually materialised,” said K Venkatramana.

Water supply remains erratic and some of the houses still do not have piped connections. They also feel that the compensation as per the old land acquisition act — Rs 85,000-90,000 per family) and Rs 100,000 per acre (0.4 ha) for land — is a pittance.

“Moreover, that time the housing department gave some of us some money and cement bags to construct our own houses. But since the cement bags were not enough, many of us bought additional bags on our own. That money is still pending,” said Venkatramana.