Down To Earth speaks to experts on Adivasi culture about the recent resolution passed by the Jharkhand Assembly, asking for a separate religion code for tribals

A 'Jaaher sthal' or sacred grove ceremony in a tribal village. Photo: Wikipedia

On November 11, the Jharkhand State Assembly, in a special session sent a resolution to the Union government asking for a separate religion code for the tribal population in the upcoming Census 2021 exercise. The resolution named it ‘Sarna Adivasi Dharam’.

Followers of ‘Sarna’ are usually nature worshippers. They have been demanding recognition of it as a distinct religion for decades. At present, under the census, there are codes for only six religions: Hinduism, Islam, Christianity, Sikhism, Buddhism and Jainism. While filling in these columns, a tribal resident has to identify himself or herself as one of these or as ‘others’, but cannot specify his / her religion as a different one.

In census surveys during 1871-1951, there was a separate category for the tribal population. But later, this was dropped. In independent India, the tribal identity has been about constitutional provisions promising to protect their rights and central laws promising to protect their land. Although recognised as an administrative and social category — Scheduled Tribes — these communities have never been recognised as a separate religious group.

For the Census 2011, the National Commission for Scheduled Tribes did recommend the addition of this code. Demand for the separate religion code picked up in Jharkhand as preparations for the survey started in September.

Till now, the Union government has not agreed to this. But while debating the resolution, state Chief Minister Hemant Soren said the Sarna Dharam can teach a lot to the world facing problems, such as pollution and environmental degradation, as it is all about worshipping nature, forests, and mountains.

The resolution has resurrected the debate over whether tribal religion is a distinct ecological way of life or just a belief system. It is often argued that tribal religious belief is an ecological expression of their existence that maintains an intimate relationship with nature.

This is the reason, in April 2013, the Supreme Court ordered gram sabhas (village councils) to hold referendums on whether a mining project of the Vedanta Group in the Niyamgiri hill region of Odisha’s Rayagada and Kalahandi districts violated the religious and cultural rights of the local tribal populations. Ultimately, 12 villages rejected the mining project, citing violation of their religious and cultural rights that have an umbilical link to natural resources. 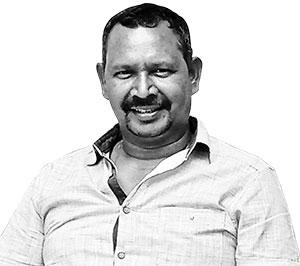 In 2016, the Union government decided that the Scheduled Tribes can be recorded under any of the six religions recognised by the census. But why? We have a religion of our own.

The resolution is for the recognition of this tribal identity. In India, communities with populations smaller than those of the tribal groups enjoy separate religious identity. The Constitution has a separate schedule (fifth) for the tribal population. Then why is our religion not recognised?

While the population of all other groups are increasing, the tribal population is decreasing. But in the absence of any recognition of our religion, our population estimation suffers.

Since all constitutional safeguards and welfare provisions are based on population estimation, we also fail to benefit from those measures. Gradually, many areas under the Fifth Schedule of the Constitution would be denotified, citing a declining tribal population. There is a need for recognising this separate identity and that’s what we are doing. 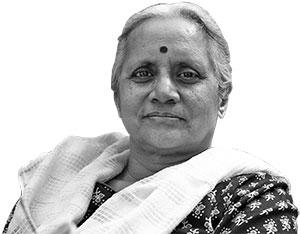 They are asking for adding a column in the census and assigning the tribal religion a code. Since the census is based on self-identification, there is no reason not to permit this.

Getting a code assigned in the census would not add the religion to the list of religions recognised in the law, although it could begin to provide legitimacy to such a claim over time.

This seems a way to assert tribal identity and maintain its distinctiveness. The erosion of recognition of the tribal way of life seems to be one reason people are asking for this status in the Constitution.

Since the census is about the state learning about people to figure out how it needs to plan, there does not seem anything startling about asking for recognition of the tribal identity.

Since there is a lot of tribal migration, it seems this is the distinctive marker that the legislature has identified to establish a person as belonging to tribal communities. It may be seen as a move against ‘mainstreaming’, which seems to threaten the tribal identity. Their dropping numbers speak of that possibility of erasure. 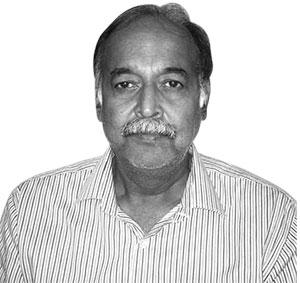 “It has an ecological basis”

The Scheduled Tribes communities can be divided into three categories — those who have adopted Christianity; those who have converted to Hinduism and those who do not identify as either of these, but are recorded as Hindus in the census.

The last category is similar to Hindus, but is not the same. For example, they do not have a caste hierarchy. There are certain overlaps with the Hindus, for instance, worshipping of some trees like sacred fig (peepal) and banyan (bargad).

But Sarna or Adi Dharam is a more naturalistic way of life that just happens to involve nature worship, sacred places and priests.

This demand for a separate Sarna code can be seen as an assertion of that identity. With an ecological basis, this assertion is also part of a larger identity taking shape worldwide.

“We are part of the ecosystem, not masters of it”

According to the tribal ethos, community is part of an ecosystem and not the master of it. The tribal religion is different from Hinduism as it does not have a figure of god.

There is a supreme spirit that does not have a name and is worshipped. There is reverence for nature in the form of trees, mountains and rivers, as they are seen as the manifestation of that supreme spirit. The denial of this identity distorts the census figures.

On the one hand, we recognise them as Scheduled Tribes in the census, on the other, we deny them the right to their own religious or cultural identity. 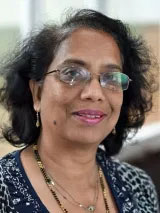 In the context of the long historical exploitation of adivasi communities all over India and the marginalisation of their cultural and religious norms this resolution is of enormous significance in restoring their identity which has been linked to the land and the forests of Jharkhand. In one sense, it is also a celebration of their ecological identity. 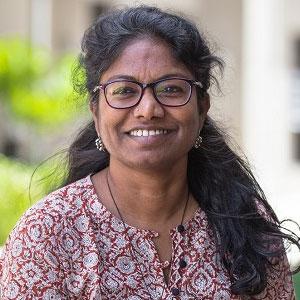 The passage of the Sarna code by the Jharkhand Assembly is interesting and important at many levels. Indigenous activists in Jharkhand and elsewhere have been resisting to be part of other mainstream religions.

Both Christianity and Hindutva groups (in northeast India) are competing with each other to bring the tribal communities under their respective folds. To resist this, there has been serious attempts to institutionalise the indigenous faith of the respective tribal communities, to create space for their own faith. Indigenous people are often caught up in a struggle to maintain their unique indigenous identity.

The role of ecology / nature in building nationalism or regional pride through ‘nature-based’ symbols cannot be sidelined. The passing of the Sarna code is a form of ‘eco-nationalism’.

This is a specific blend of environmentalism and sentiments attached to local ecology through the feelings of people’s belonging to the land, their connection to their motherland, their origins and their histories.

In Jharkhand, using the Sarna code, a need to have a separate identity different from Christianity or an identity at par with this religion is being put forward. Resistance to the mainstream religious groups, not only undermine the indigenous faith as ‘barbaric’, and ‘backward’ but their meat-eating habits, ‘slaughtering of domestic animals’ are seen as inferior to the Hindu Brahmanical rituals. Such efforts (passing Sarna code), perhaps is to counter the spread of Hindu nationalism in the state.

Relationship of adivasis with the forests and nature is complex and pragmatic. Perhaps, nature-worshipping is one of the aspects, which is often glorified. Infact, forests are feared for wild animals (elephants, tigers and other carnivores) and for the forest spirits, which should be avoided whenever possible.

Forests also help in sustaining the local livelihoods and economy (firewood, medicinal plants, leaves, mushrooms, etc). The dependence on their immediate environment is crucial for their lives. They see forests as part of their social and cultural landscape, for both extraction and preservation. It is better to avoid having a simplistic reading of the indigenous relationship with forests.

This was first published in the 16-31 December, 2020 edition of Down To Earth