2 months into procurement season, 83% paddy lifted from Punjab & Haryana only 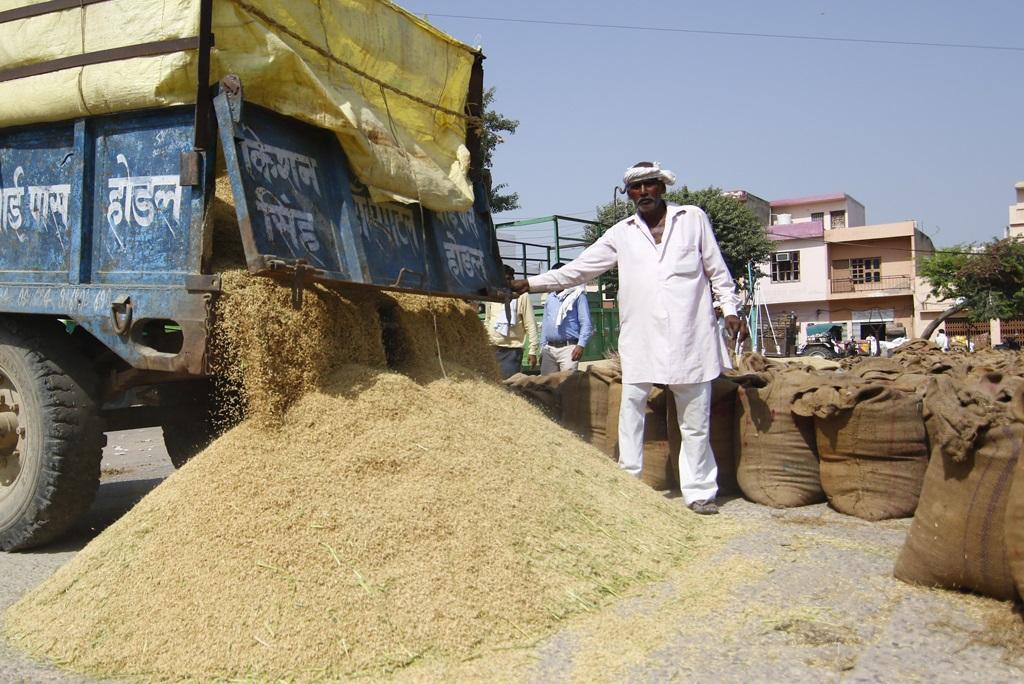 It has been two months since the 2021 kharif procurement season began in October but government procurement has not picked up pace in many states.

There are at least nine states where procurement is zero or negligible even after two months, because of various problems.

A total of 29 million tonnes of paddy has been procured up to November 30, 2021 from 16 states, according to data released by the government on December 2, 2021. However, over 83 per cent of this procured quantity was only from two states – Punjab and Haryana.

More than 83 per cent of the paddy procured has been in Punjab (18.6 million tonnes) and Haryana (5.5 million tonnes). Uttar Pradesh placed third with 1.2 million tonnes (through November 30).
Heavy rainfall due to Cyclone Jawad is likely to put the harvested crops at risk, besindes damaging standing, harvest-ready paddy. This will be a severe blow for farmers in the states of Odisha and West Bengal. which have seen low or no procurement till now. Farmers have suffered an extensive crop loss as many were not able to shift their harvested crop to safe storage before the rainfall, thus resulting in extensive crop loss, according to local media reports.

However, in many states such as Assam, Jharkhand, Chhattisgarh, Karnataka, West Bengal and Tripura, the procured quantity was zero, according to data by the Food Corporation of India (FCI), the principal procurement agency.

In Odisha and Rajasthan too, the procurement was almost negligible — 3,361 and 6,802 tonnes respectively.

In Chhattisgarh, farmers who have harvested their paddy crop are uncertain whether the entire quantity will be procured due to a standoff between the Centre and the state government.

The central pool will only buy raw rice and not parboiled rice, the Union government announced. Around 6.2 million tonnes of parboiled rice is produced in Chhattisgarh.

The central government has been procuring parboiled rice as per an MoU signed between the state and FCI under the decentralised procurement scheme, state chief secretary Amitabh Jain noted in a letter to the Government of India. “This process should continue as it is.”

A press release was issued by the state government on November 25, in which it has been clearly stated that the entire cabinet of the Bhupesh Baghel government wants to meet the Prime Minister to resolve the impasse over the issue of paddy procurement. Jain has also written to the Prime Minister's Office seeking an appointment for this.

Farmers in Telangana are facing the same crisis. On December 1, MPs from the state raised the issue in Lok Sabha and sought clarity from the Centre.

Meanwhile, over 1.8 million farmers got Rs 57,032 crore this procurement season as the minimum support price till now.

Once again, over 67 per cent of this went to farmers from Punjab and Haryana. Only 499 farmers in Rajasthan, 594 in Odisha and 3,886 in Maharashtra benefitted from procurement under MSP.