The wrong side of digital divide: Students in Jhabua take up odd jobs in farms, construction sites

Most of these children will never return to formal education, say experts 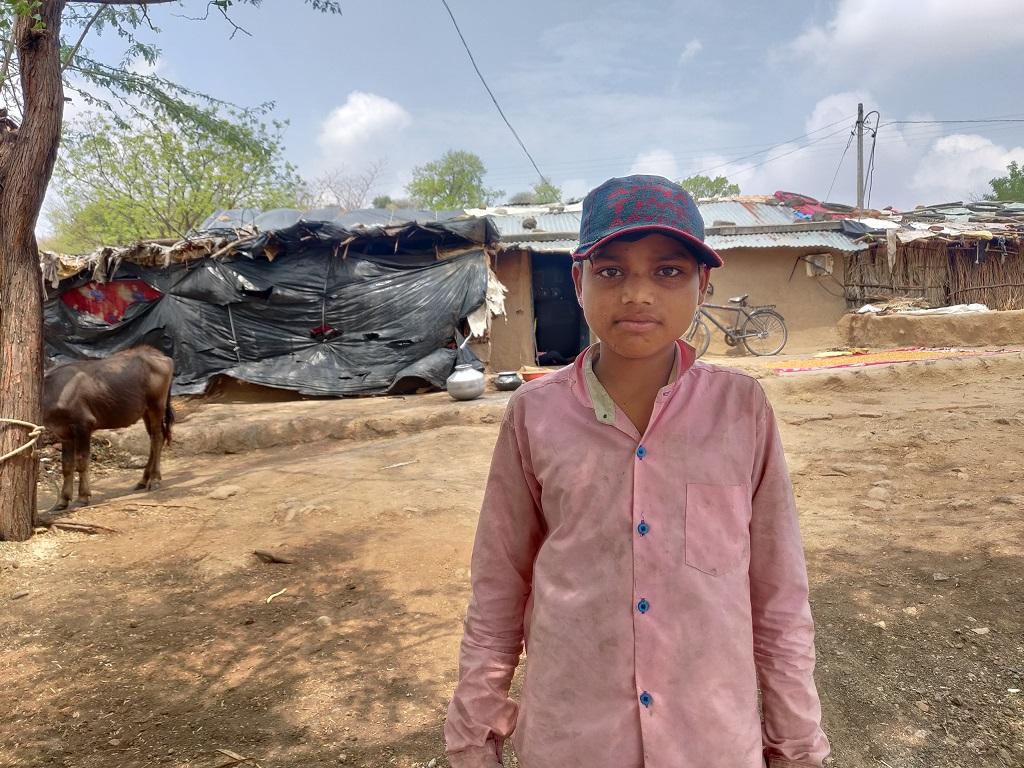 The effect that the ongoing novel coronavirus disease (COVID-19) pandemic can potentially have on children and their schooling have worried educationists for long. A look at Dulakhedi village in Madhya Pradesh’s Jhabua district shows why.

Jhabua has traditionally been among those districts of India that have lagged on human development indicators. And it seems the story will persist.

Several children in Dulakhedi complained that they have had to give up studies after schools turned to ’online’ classes. Many have opted for manual labour.

Children working at construction sites and farms in the village have not been touched by the Union government’s ‘Digital India’ initiative. These children were receiving formal education till the novel coronavirus disease (COVID-19) pandemic shuttered schools and turned classes online.

Over a year later, they have fallen behind academic schedules due to lack of internet access and have turned to labour.

Monika Bhabhar was studying in class VII at the Government Middle School in the village till the lockdown was imposed last year. Her family doesn’t own a smartphone and thus, she was cut off from the online classes. For the past several weeks, she has been engaged in the construction of their new home, carrying bricks and bags of cement.

“We used to reach school before the teacher. Our studies were going well. I learned a little English,” Monika said with a smile.

The 12-year-old is from the Bhil tribe, one of the majority communities in the district, along with Bhilala and Patela tribes. Those from the scheduled tribes comprise nearly 86 per cent of the total population of the Jhabua district, which has a 35 per cent literacy rate in rural parts, according to the 2011 Census.

Over 97 per cent of the 1,597 people in Dulakhedi belong to Schedule Tribes. The overall literacy rate of the village is 25.9 percent and female literacy rate is just 9.3 per cent.

In April 2020, the state government had launched the ‘Digital Learning Enhancement Programme’ under which government school teachers were asked to share study material (consisting of video links) with students through WhatsApp groups.

Middle school teachers in Madhya Pradesh were asked to create WhatsApp groups with their students at the village level. The study material links curated by a team at the Rajya Shiksha Kendra, the state’s education department, were shared with the teachers to be posted on the student groups.

The same, however, has never reached Monika.

The digital divide is so wide that many students in Dulakedi have not attended a single online class so far. Most girl students have either switched to household chores or fetching wood or herding sheep in the forests.

Only 10-20 per cent of students have cell phones in the village, according to the students and teachers. Those who have a smartphone in the family can use it for their classes only when their parents or elder siblings are back home from the field.

Himmat Charpota, 14, is not one of them. He was provided with a math book from school but has barely touched it as academic activities paused.

“Their learning status has regressed to that three years ago,” said Upendra Nagar, headmaster of Government Middle school, adding that the students did not remember anything they studied before the lockdown. He added:

Around 80-85 per cent of the total 119 students attended this school in 2019. Children used show up before us, showing their excitement and hunger for learning. But now, when we occasionally visit the school, students roaming around run away seeing us, as if we will start teaching them during what they consider holidays.

The teachers started local ‘study points’ or ‘mohalla classes’ after the first COVID-19 wave waned. They would go door to door inviting children to join the open-air lectures under a tree. Each class with 10-15 students would run for around three hours.

These classes, however, ran only for a short time and now the children are either sitting idle or doing household chores, said Jagdish Maida, a resident of Dulakhedi. He is hopeful the school will reopen for the new academic session from July.

It will be tough, however, to call students back to the school again, said the headmaster.

Many students were absorbed into child labour since the beginning of the pandemic. Now, it will be very tough to get them back to school. Around 50 per cent of them will never return to formal education.

The government should provide schools with Internet-powered television sets and the electricity to run them, suggested both Gamad and Nagar. “The television will be an attraction for the kids to bring them back to school for routine studies. Currently, we have a radio on which the children listen to ‘Meena Ki Duniya’ programme,” said Nagar.

In April 2021, the state government had planned to broadcast lessons and educational programs for school students of classes 1-8. The educational programs on television will be telecasted on Doordarshan and will cover subjects including science, mathematics and social sciences, according to the state school education department.

The school Monika and Himmat go to got an electricity connection in 2018 and doesn’t have a television set. A majority of the tribal students, thus, are not covered by either initiative.