Has Modi succumbed US’ pressure on patents? 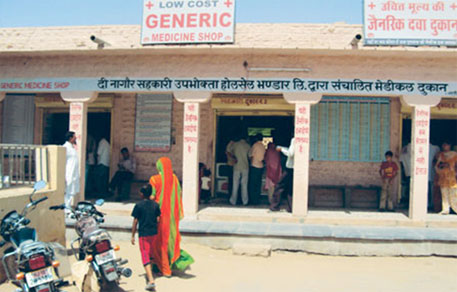 Prime Minister Narendra Modi’s stand on Intellectual Property Rights (IPR) became clear when he assured Barack Obama that his government is ready to follow the recommendations of the US-India joint working group. Modi made this statement on Monday while addressing the CEO Forum at the Siri Fort auditorium in Delhi.

Stating that IPR is an important issue, he said all countries of the world should together find a “solution” to it. Health activists, who have been critical of US pressure on India to lower patent guards, said use of the word “solution” means Modi has succumbed to US pressure and that this can have adverse impact on millions of people in the developing and under-developed world who cannot afford patented, expensive medicines.

The US has been demanding new criteria for patents, like data exclusivity (a form of IPR, usually related to medicines wherein data provided by original registrant to regulator is protected to keep out generic competition) and patent linkage, which would make the going tougher for generic drug companies. “There are indications that the Indian government is changing its stand and taking a favourable view to the US-demand for data exclusivity and patent linkage. What is most troubling is that this move would only benefit foreign MNCs, leaving Indian generics in the lurch and risking the health of millions of patients in the bargain,” said Anand Grover, director of advocacy group Lawyers’ Collective.

India has been a critical global supplier of low-priced generic medicines to treat diseases such as HIV/AIDS, tuberculosis, malaria, cancer and diabetes, which are among the biggest causes of death and suffering. This was made possible only due to India’s progressive IPR laws. Indian generic medicines have reduced the prices of HIV/AIDS treatment by more than 90 per cent, say experts.

Not only this, many other countries were looking towards Indian IPR policy to overcome problems posed by patents which make drugs unaffordable.
But multinationals enjoying patents on even old drug formulae by repackaging it with slight tweaking have not digested generic solution to unaffordable medicines, say health activists. Influenced by these multi-nationals, the US government has been putting pressure on India to change its IP policies and to limit the use of public health safeguards enshrined in its domestic laws.

Finally, US got a platform where it could formally put pressure on Indian lawmakers when Modi announced the setting up of the joint working group on IP during his maiden visit to the US in the last week of September, 2014.

Experts have been cautioning the Indian government against any bilateral negotiation on IP with the US as it would definitely lead to demands on India to provide for higher standards of IP protection that are not required of India under the existing WTO IP agreement—TRIPS.

Convener of Jan Swasthya Abhiyan, Amit Sengupta said, “The institutionalisation of bilateral engagement of IP-related issues provides the US government a platform to push the commercial interests of its corporations.”

Pointing to Modi’s statement to follow the recommendation of the joint working group, he further stated, "It is now clear that the Indian government is willing to sell the interests of Indian patients in order to please US-based pharmaceutical companies. If this is the outcome of President Obama's visit, then the fears of Indian patient groups and civil society that this visit would adversely affect the health of millions are more than realised."

Vikas Ahuja of the Delhi Network of Positive People, an NGO, added: “Indian generic medicines are the life-line of millions of patients around the world. US pharmaceutical companies are threatened by our industry and now the Indian government also seems to be bending to their will. Access to affordable generics could be under serious threat if the US companies have their way”.

“It’s ‘acche din’ for the US companies, Modi is selling out on IPR” said Dinesh Abrol, convenor of National Working Group on Patent Laws, an advocacy group. “India is abandoning its well-considered stand that Indian IP policy and laws are TRIPS-compliant and have been devised to balance the public interest and innovators rights. It was a grave mistake to agree to discussing intellectual property as part of a bilateral setup—the US-India joint working group on IP is turning out to be an instrument for the protection of US companies. It is grossly troubling that our Indian CEOs were silent when the US government was pushing its IP practices as best practices for India to follow when they have already failed to promote genuine innovation in pharmaceuticals in the US.”