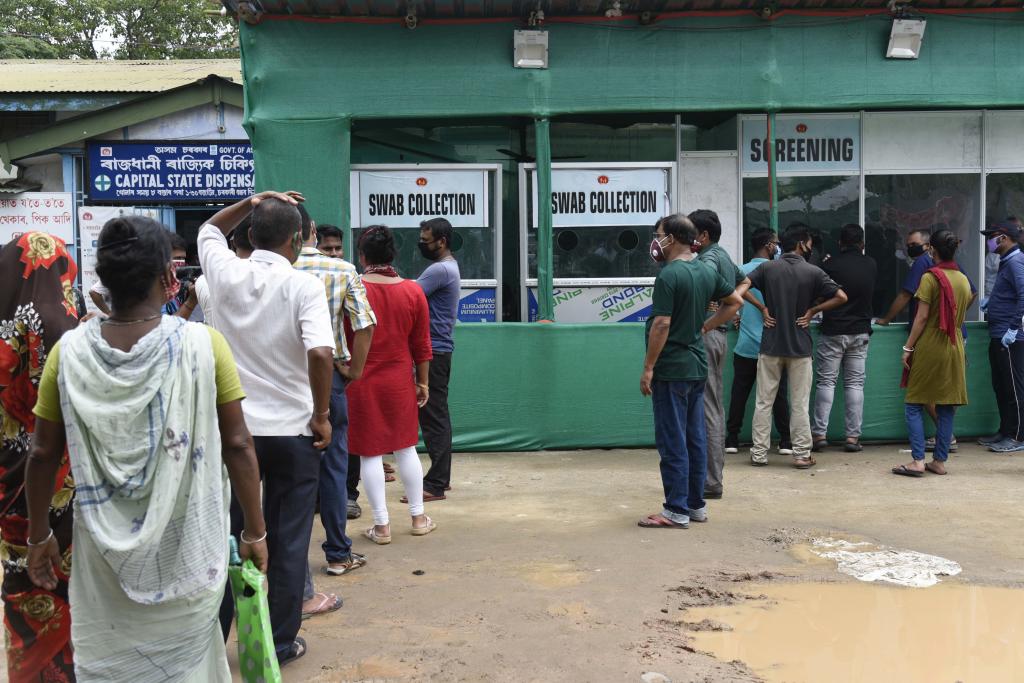 There is a renewed call for caution and action as countries across the globe pull themselves to fight another surge in novel coronavirus disease (COVID-19) cases driven by the new variant of concern omicron.

The devastation caused by the novel coronavirus disease (COVID-19) pandemic showed the world has failed to learn from health emergencies, he said on the International Day of Epidemic Preparedness.

The same has been affirmed by the 2021 Global Health Security (GHS) Index released December 8, which said countries across all income levels, including India, are unprepared to meet future epidemic and pandemic threats.

As the third wave of the pandemic becomes imminent in the wake of omicron, how prepared is the Indian government?

India’s performance has declined owing to a slow response to such situations. It performed poorly under “rapid response”, a key indicator under the GHS Index 2021.

The score has been arrived at based on data collected from August 2020-June 2021. Between April and June 2021, India experienced the devastating second wave that overwhelmed the healthcare system. While the hospitals struggled to cope, critical drugs and oxygen were in short supply.

The “third wave of the pandemic”— driven by the new variant of concern omicron — is projected to peak February 3, 2022, according to a study by the Indian Institute of Technology, Kanpur.

The Union government on December 10 acknowledged that omicron may lead to a fresh surge in COVID-19 cases. The matter was raised on several occasions in the Rajya Sabha and the Lok Sabha during the winter session.

Rs 1827.78 crore was released to states / Union territories in 2021-22 under Emergency Response and Health System Preparedness Package: Phase-II, according to the Union health ministry.

In the meantime, India’s medical oxygen capacity, essential for serious COVID-19 patients has increased nearly 28 per cent between October 2020 and November 2021.

There has been an increase in oxygen capacity to 8,778 tonnes / day from 6,876 tonnes / day in November 2021, Bharati Pravin Pawar, minister of state in the Union health ministry told Lok Sabha December 3.

These include 1,225 PSA plants that have been installed and commissioned under PM CARES Fund in every district of the country, said Pawar.

This means that these plants can support more than 100,000 beds a day.

Online digital solutions such as the Oxygen Demand Aggregation system (ODAS) and Oxygen Digital Tracking System (ODTS) have been developed to ascertain the demand for medical oxygen from all medical facilities and to track their transportation.

ODTS helps track the daily allocations of oxygen, their dispatch and deliveries, including the movement of oxygen tankers.

The spread of omicron

Measures, including night curfews, have been imposed by governments in Assam, Delhi, Gujarat, Haryana, Karnataka, Madhya Pradesh and Uttar Pradesh amid the surge.

Rajesh Tope, Maharashtra health minister, said in a media report in November end the third wave expected to arrive may be mild and medical oxygen and ICU beds will not be required.

Now, Maharashtra, among the worst-hit states, has prohibited a gathering of more than five people between 9 pm and 6 am.

This is under the ‘Corona Graded Response Action Plan’ passed in July 2021. The Delhi government is likely to take a call in a review meet December 28.

Delhi, the most infected state by omicron, has allotted 13,418 beds for COVID-19 patients, according to the Coronavirus dashboard of the state health department.

Andhra Pradesh claimed to have spent about Rs 8,000 crore on multiple interventions for prevention, mitigation and management of COVID-19.

Close to 23,457 oxygen concentrators and 27,311 D-type oxygen cylinders are available. The state government has set up oxygen generation plants in 140 hospitals, which would be made available by December 15, said Chief Minister YS Jagan Mohan Reddy.

On December 25, 2021, Prime Minister Narendra Modi announced the next step: India will start vaccinating children between 15 and 18 years from January 3, 2022.

In India, people above 60 years of age who have co-morbidities will also be allowed to take the ‘booster dose’. Healthcare and frontline workers will be provided with “precautionary doses” from January 10, 2022.