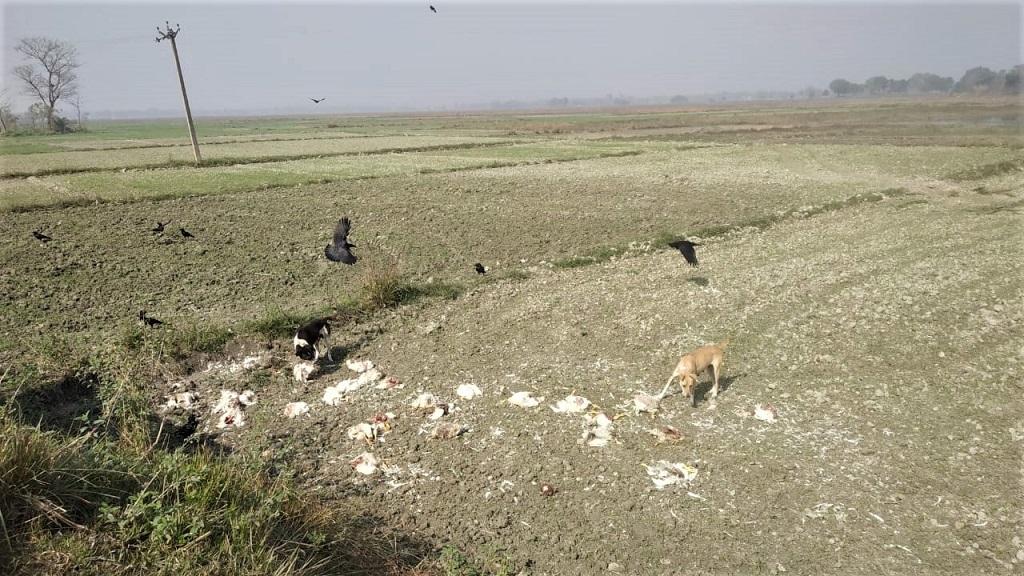 Around a hundred dead chickens have been found abandoned on a field in Muzaffarpur district of Bihar, causing panic among the local villagers.

The locals were shocked to discover street dogs feeding on the dead birds close to their homes in Saraiya block on January 8.

“The chickens must have died in the local poultry farm and the owner threw them away to escape action by the animal husbandry department over bird flu fears,” Umesh Prasad Singh, a villager, said.

Officials from department rushed to the spot and buried the dead chickens in a ditch as a preventive measure. “We have collected serum samples from the abandoned carcass and sent them to the Institute of Animal Health and Production (IAHP) in Patna for analysis,” Dr Sunil Ranjan Singh, district animal husbandry officer, Muzaffarpur, told Down to Earth.

He said he could confirm whether the animals died of bird flu only when the test reports arrive. Singh said they were collecting bird serum samples from all poultry farms in the districts to understand if there is a bird flu outbreak.

A four-member team has also been formed to keep a vigil on the situation, said the officer. “We have asked all concerned officials to take note of any death of chickens, crows and other birds in the district and inform the department promptly,” Singh said.

The Bihar government has sounded a state-wide alert after the avian influenza virus infections were reported from Kerala, Rajasthan, Himachal Pradesh and Madhya Pradesh. The department of animal and fisheries resources directed all district animal husbandry officers to be on high alert and launch preparations to tackle an  outbreak.

The department has also asked officers to promptly inform them of an outbreak in the state.

So far, Kerala is the most impacted by the virus. The Union Ministry of Fisheries, Animal Husbandry and Dairying has asked other states to monitor unusual mortality in birds.

In 2018, when Bihar saw a bird flu outbreak, Sanjay Gandhi Biological Park, a prominent zoological garden in Patna, had to be closed indefinitely after six peacocks died. The same year, culling of birds was started in Munger, an eastern Bihar district which also reported an outbreak of the deadly H5N1 virus.