Antibody levels against the novel coronavirus (SARS-CoV-2) that causes COVID-19 present for four months in 90% of recovered patients in Iceland, says a recent study

Pune has overtaken Delhi to become the city with the greatest number of people having the novel coronavirus disease (COVID-19), with 175,105 total infections, compared to Delhi’s 174,748 infections, according to a September 2, 2020 report in news daily Indian Express. 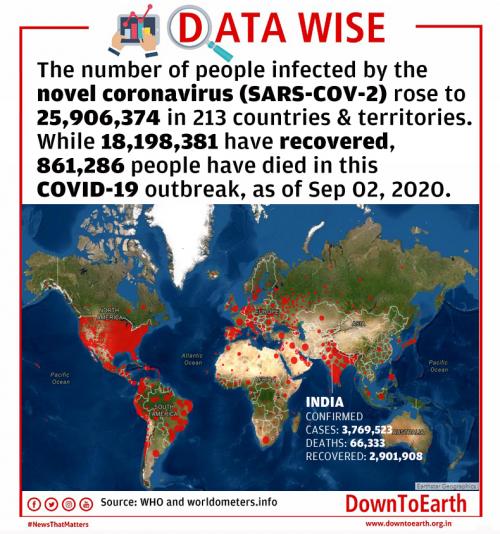