COVID-19: Are we prepared for a pandemic?

No. The world has not even made a start 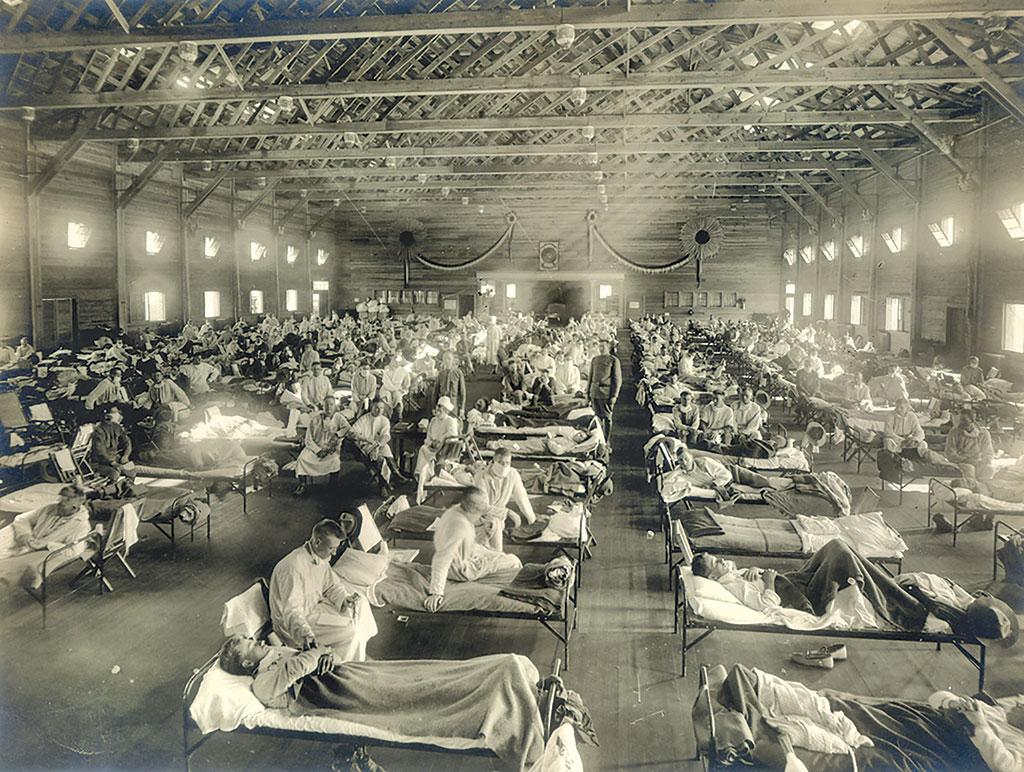 Influenza victims crowd into an emergency hospital near Fort Riley, Kansas, US, in 1918 during the Spanish flu, the first pandemic in recorded history that lasted two years (Photograph: National museum of health and medicine)

A pandemic is an epidemic occurring worldwide, or over a wide area, crossing international boundaries and usually affecting a large number of people,” says a World Health Organization (WHO) bulletin. The novel coronavirus (COVID-19) has already spread to 27 countries and infected over 40,000 people. The past four pandemics were caused by the influenza (flu) virus, therefore the medical discourse has so far been only on flu pandemics.

For the past two years, WHO has been listing pandemic as an important health challenge. “A pandemic of a new, highly infectious, airborne virus — most likely a strain of influenza — to which most people lack immunity, is inevitable. It is not a matter of “if” another pandemic will strike, but “when” it will strike,” WHO said this year.

Even during the last pandemic in 2009 due to swine flu, the reproduction number (R0) — infected people transferring infection to other affecting others — was 1.3-1.8; for COVID-19, it is 2.6.

The fact that the outbreak is assuming pandemic proportions has been established in a research paper published in medRxiv by three researchers from health institutes in Glasgow and Lancaster in the UK and Florida in the US.

They state that the total number of cases just within Wuhan, the epicentre of the outbreak, would be greater than 190,000.

Arrival of the zoonotic

Though we do not know when and where the next pandemic will surface, we do know how it will emerge. “The next pandemic will be a zoonotic disease,” Jonathan Epstein, vice-president of Science and Outreach at EcoHealth Alliance, a science-based non-profit in New York, told Down To Earth. Zoonotic diseases are caused by infections that spread from animals to humans. EcoHealth Alliance says waterfowls will host the flu pandemic, while bats and rodents would be the source for a coronavirus pandemic.

“Over the last 15 years, we’ve found dozens of novel SARS-related coronaviruses in bats in China and other parts of the world. Our research has shown that people in China hunt bats that are known to carry viruses linked to SARS and novel coronavirus. Those exposed to these host animals earlier have developed antibodies against these viruses, which means they’ve been exposed to them and can spread the disease,” says Epstein.

It is not a coincidence that China is the country of origin of three of last four pandemics. “While we can’t predict from where the next influenza pandemic is going to emerge, there are certain places that need particular attention. And, China is the place of all of them,” said Dennis Carrol, former director of emerging threats division of United States Agency for International Development, in a Netflix series, Pandemic.

After the outbreak, China imposed a temporary ban on wildlife trade across the country. “What we need is not a temporary ban, but permanent regulations for wildlife trade in China. What is not required is the elimination of wildlife. We need to adjust the way we do things so that we safely live alongside wildlife by limiting opportunity for outbreaks to occur,” Epstein suggested. The World Wide Fund for Nature has issued a similar statement.

Though no direct has been established between COVID-19 outbreak and climate change, but studies say warming temperatures and melting of ice are exposing new viruses to the ecosystem. For instance, researchers recently found 33 viruses trapped in the Tibetan glacier. Out of these, 28 were completely new to science and all of them had the potential to cause an outbreak.

The study was published in bioRxiv on January 7, 2020. As ice melts, viruses are being released in the air, which would travel through rivers and streams, infecting humans. Also, as the world is urbanising at a rapid pace, natural habitats are being destroyed. This has further exposed us to a host of new viruses for which we have no immunity.

So how many people will be affected in a future pandemic? “The 1918 global influenza pandemic sickened one-third of the world’s population and killed as many as 50 million people — 2.8 per cent. If a similar contagion occurred today with a population four times larger and travel time anywhere in the world less than 36 hours, 50-80 million people could perish,” WHO warned in a 2019 report.

On any given day, more than 10,000 flights operate globally, and this explains how inter-connectivity will accelerate this spread. “During the Ebola epidemic in 2014, models estimate that without travel restrictions, 7.17 infected passengers per month would have departed from highly-affected countries like Liberia, Sierra Leone and Guinea to various destinations around the globe,” say Pierrot Derjany and his colleagues from Embry Riddle Aeronautical University, USA.

As a pre-emptive move, the global airline industry has cancelled flights now because it does not want to become the virus carrier. Biritish Airways, Cathay Pacific Airways, Delta Airlines, Egypt Air, Air India, Air Canada, Emirates, Ethiopian Airlines, FinnAir, Hainan Airlines, Israel Airlines, American Airlines and Air Tanzania have called off all or a few select flights within a couple of weeks of the outbreak in China.

So there is no doubt that an outbreak of a large-scale pandemic will rattle the global economy. The World Bank estimates that a global influenza pandemic akin to the scale and virulence of the one in 1918 would cost the world economy $3 trillion, or up to 4.8 per cent of the world’s GDP. The cost would be 2.2 per cent of GDP for even a moderately virulent influenza pandemic.

The answer to this question depends on three conditions: nobody knows what virus will cause the pandemic; how virulent will it be; how many people would be killed or infected; and, if any symptomatic treatment will work. The shocking thing is that no country has developed precautionary safety protocols as prescribed by WHO — planning and coordination, situation monitoring and assessment, prevention and containment of virus, health systems response and communication for awareness.

“National health security is fundamentally weak around the world. No country is fully prepared for epidemics or pandemics, and every country has important gaps to address,” warns the Global Health Security (GHS) Index report prepared by the Johns Hopkins University and Nuclear Threat Initiative. There are certain parameters upon which countries are ranked. 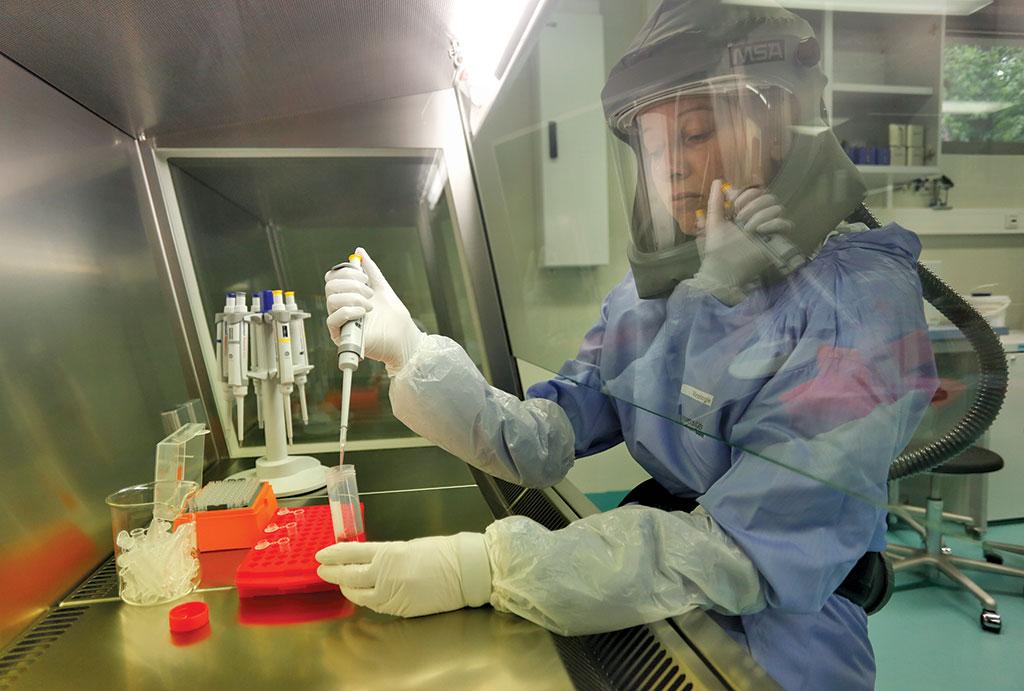 But coronavirus is also becoming a great leveller. It is attacking both rich and poor countries. And there is no vaccine available. So those in rich countries are surviving only on symptomatic treatment.

Since the world was sure that the next pandemic would be a flu pandemic, efforts have centred around developing the universal flu vaccine — the one which will give protection against existing and future strains of flu. The US-based National Institute of Allergy and infectious Diseases is leading one of the initiatives to develop a universal flu vaccine.

“At present, seasonal influenza vaccines protect only against the existing strains of H1N1, H3N2 and two influenza B viruses. The next generation vaccine will provide protection against more than these four viruses and hopefully against other circulating strains and also the future ones that may emerge,” Jennifer Gordon, influenza vaccines program officer with US’ National Institutes of Health, told Down To Earth. The vaccine will provide 75 per cent immunity; existing vaccines are providing only 10-60 per cent immunity.

There are several probable candidates for a universal flu vaccine — many are under clinical trials and one has already reached the last phase, the human trial, as animal studies have shown positive results. “However, we don’t know when the final product will be out and what it would cost,” says Gordon. WHO and philanthropic bodies are funding such research initiatives. Though there are many public and private initiatives to develop a universal flu vaccine, there are only a few projects in infancy to find a vaccine for coronaviruses.

But whatever be the nature of the next pandemic — be it a coronavirus or a flu virus — what would be immediately required for the world is to contain the spread of the virus from one place to another.

Though it has been criticised for its methods, China placed 13 big cities under full or partial lockdown, affecting about 50 million people, to contain the spread. This is happening for the first time in history anywhere in the world. Undoubtedly, this caused hardships to people and experts are divided over its efficacy.

On the one hand, China has locked down its affected regions and on the other, many countries have strictly advised its citizens not to travel to China. So, are there any protocols for such bans? Globally, countries have taken stringent decisions to safeguard their citizens. Russia and Singapore have shut borders with China. The US and Australia have also imposed travel restrictions. Many other countries have moved towards imposing partial bans.

But WHO stands alone. As countries have taken safety measures on their own, WHO has looked at the tottering economy and not issued a single travel advisory. In fact, Michael Ryan, WHO’s director for health emergencies programme, defends this stance. “If all 191 countries behave in a manner they wish to, there will be no alignment in our response and it will only add to the problem,” says Ryan.

WHO is expected to take the lead during such emergencies, but has supped with China and has defended it. It did not reprimand China for delaying the news of the outbreak. Ironically, the Chinese authorities admit the cost of delay. “It's a moment of shame. If we had taken strong measures earlier, the outbreak would have been under control,” Ma Guoqiang, Wuhan Communist Party Secretary, told the state broadcaster China Central Television on February 1.

WHO’s ambiguous position on COVID-19 should force countries across the world to devise strategies, build health and emergency infrastructure. Meanwhile, to follow what trajectory the novel coronavirus takes, watch this space.