COVID-19 cases on the rise; experts claim political consideration behind allowing pujas with the usual fervour 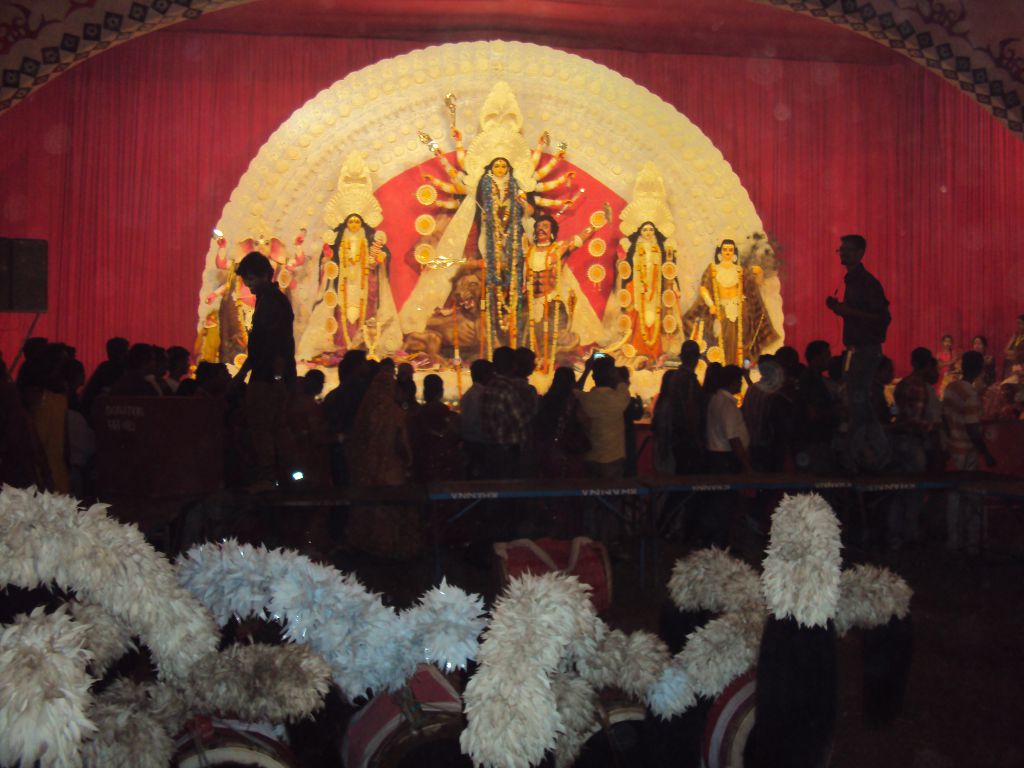 West Bengal has been gearing up for its annual Durga Puja festival, sparking fears of a massive surge in the novel coronavirus disease (COVID-19) cases. Several activists have claimed “political consideration” led the government to allow pujas with the usual fervour.

On September 29, 2020, a joint platform of doctors in West Bengal urged Chief Minister Mamata Banerjee “to take appropriate measures to stop people from celebrating this year’s Durga Puja”. They warned COVID-19 cases were already on the rise due to festive rush, and may shoot up exponentially if pujas are allowed.

The Puja is considered one of the biggest annual human gatherings in world.

On October 3 — a week after giving the nod to organise community Durga Puja with some routine riders — CM Mamata Banerjee acknowledged community spread of the virus SARS-CoV-2 in the state.

Public health experts have been reiterating community spread in the state for quite some time.

“Two of my household staff have been infected with the virus. The community spread is happening; many of these people do not go out in public places,” the CM had said.

The rising COVID-19 cases, particularly in Kolkata and adjoining districts such as North 24 Parganas, vindicates CM’s assertion. These locations also happen to be the site of most big pujas in the state and attract a lot of footfall.

At least 3,275 fresh COVID-19 cases were reported in the state on October 1; since then, they have been consistently on the rise. The state registered 3,455 cases on October 7.

The preparations are in full swing. There are, however, some routine riders: The pandal has to be opened either from the sides or the roof; physical distancing has to be maintained while pandal hopping; and everybody must wear masks in pandal and use sanitisers.

“So, the Puja is happening,” the CM had announced under the approval of 6,000-odd puja organisers.

Most community pandals — about 37,000 in the state — have started work. “Most pujas are happening, albeit at a smaller scale,” said Partha Ghosh, senior official, Forum for Durgotsav, an association of puja organisers.

Ghosh added that the forum has already provided 18-point COVID-19 norms to all committees. He, however, admitted that they would be difficult to maintain during peak hours.

Manash Gumta, doctor and senior member of a frontline medical association, said the state may get a “tsunami of COVID-19 cases post-Puja.”

“Is it necessary to hold pujas with such fanfare during an emergency? Can we have pujas during a war?” asked Dulal Bose, a physician and former Sheriff of Kolkata.

Experts have attributed the move to CM’s political compulsion: With assembly elections due next year and the Bharatiya Janta Party (BJP) in the main opposition, Puja observance would play a major role in appealing to the public sentiment.

“It is little to do with the Puja and more about politics. It is about playing one-upmanship with the BJP,” alleged social activist Naba Dutta.

“The fight between the Trinamool Congress and BJP to consolidate Hindu voters has led to this situation at the expense of public health,” claimed Pradip Bhattacharya, Congress leader and Rajya Sabha member.

“I find no sense in paying Rs 50,000 to each club and encouraging them to hold grand pujas. I still appeal to the government to stop the rush at Puja pandals at all cost. The crowd is already frightening,” added Bhattacharya.

Sujan Chakrabarty, Communist Party of India (Marxist) leader, said: “The CM did not care to take any expert advice.”

The Trinamool sought to deflect the allegation, shifting the onus on people’s sentiment and economic gain from the Puja.

“At the end of the day, it’s the people’s call. If they want to observe Puja and do pandal hopping, it’s difficult to stop them. The CM has clearly laid down the norms,” said Santanu Sen, a Trinamool member in the Rajya Sabha and a physician.

“We also need to think about the economic angle related to Puja. It is one of the biggest economic drivers in West Bengal and thousands earn from it. If pujas are completely shut down, what will happen to these people,” said Debasish Kumar, Trinamool leader and member of the board of administrators, Kolkata Municipal Corporation.