Each year, half the fruits, vegetables world produces are wasted: FAO

Fruits and vegetables are the most wasted produce globally among oilseeds, pulses, meat and seafood, says the Food and Agricultural Organization in a new policy brief on food security 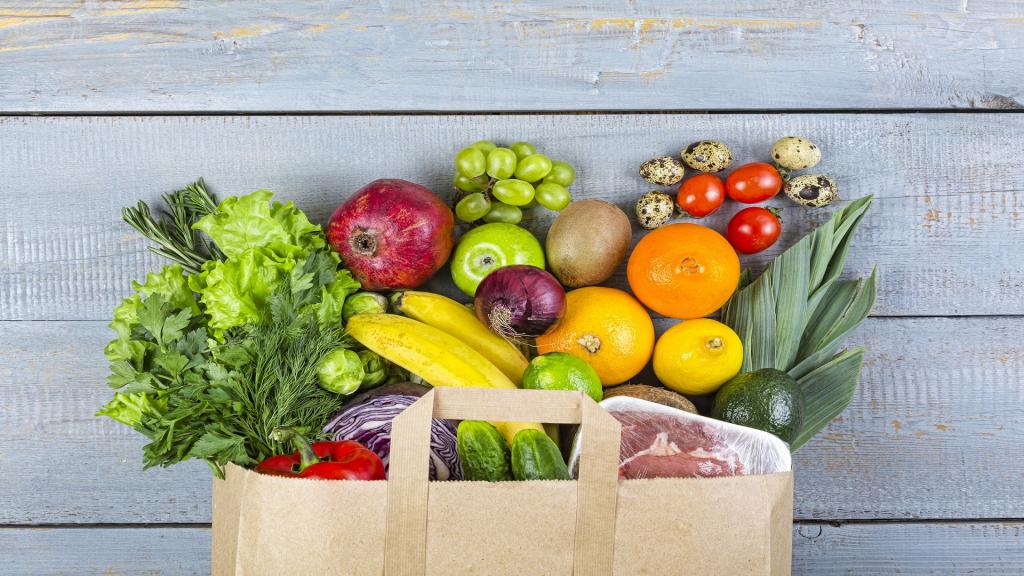 15-30% of purchases (by mass) are discarded by consumers in high income households and settings. Credit: Getty Images

The world’s total supply of calories has never been greater in the history of humankind. While in 1990, 18.6 per cent people lacked access to the minimum caloric intake, this is just 10.8 per cent today.

The progress in providing access to calorific value, though, has come at the cost of health of the environment and ours. A new report by the Food and Agricultural Organization (FAO) says that poor diets today pose a greater threat to human health than malaria and tuberculosis. The policy brief, released in November, about reducing food loss and wastage warns that if the world continues to produce and consume food in a business-as-usual scenario, then the ratio of deaths to poor diet is likely to worsen. In 2016, one in five deaths was linked to poor diet globally.

While it is well-known that the world wastes 1/3rd of the food it produces, the report points out in a first that fruits and vegetables are the most wasted food item in the world. Each year, at least half of the fruits and vegetables produced by the world are lost and wasted due to reasons including drought, pests, and problems with storage, transportation and retail.

This is an important development espcially in the light of a recent global study which says that the world is producing 1/3rd of the fruits and vegetables it needs to meet the nutritional requirements of the population. Fruits and vegetables are also important as they help cut down the risk of lifestyle diseases, such as cardiac disease.

While in Europe, North America & Oceania, wastage is mostly during agricultural production and is negligible due to transformation and packaging. Wastage and loss of fruits and vegetables in the same region, however, at consumer level is significant as compared to that in South and Southeast Asia (see graph). 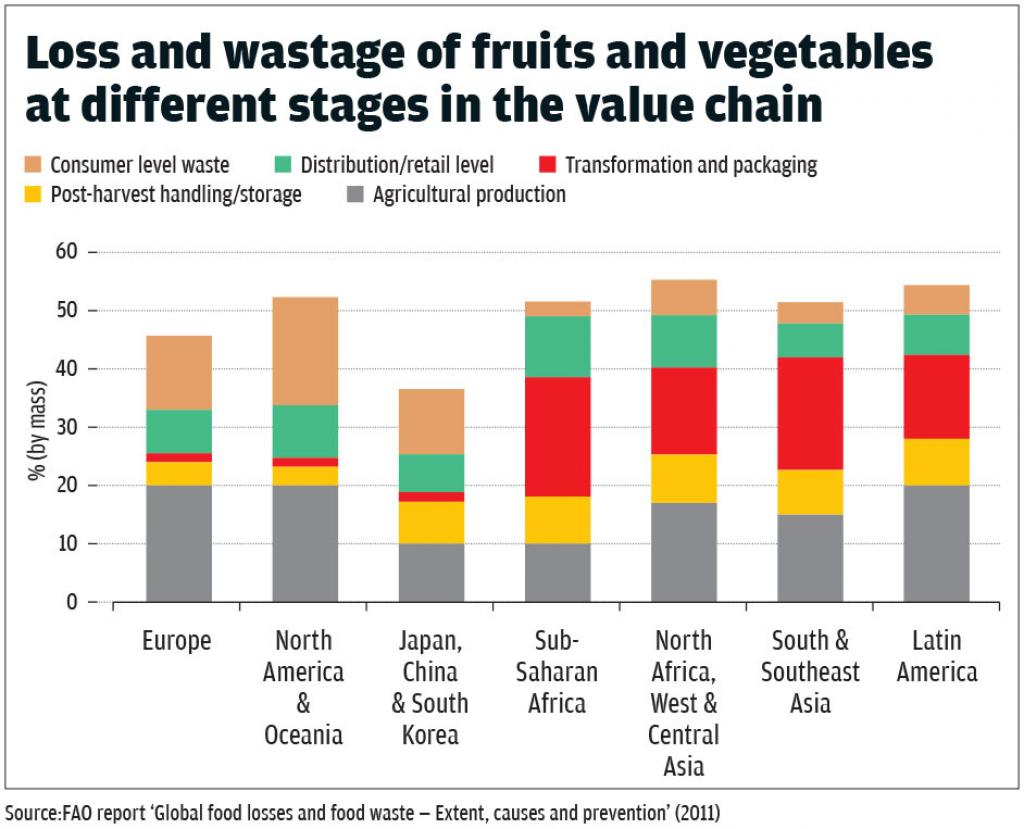 So far, the traditional policy to ensure food security has been to promote production of staple crops, such as grains, tubers and other starchy foods, but the focus now should be to improve diets and nutrition. This will help not only the loss and waste of nutritious foods but also contribute to the Sustainable Development Goals to resolve hunger and malnutrition, and reduce food waste across the globe by 2030, said the brief.