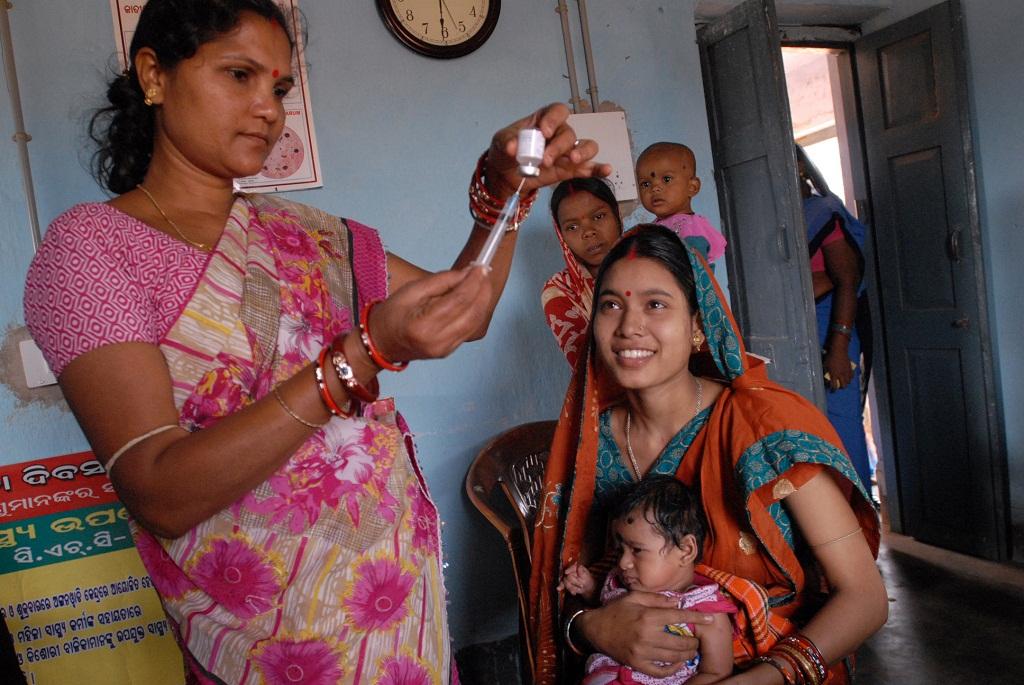 The rise in the rate of NPAFP has no correlation with other socio-economic factors such as illiteracy levels, population density or level of poverty. Credit: Wikimedia Commons

A new study shows that there is a direct correlation between oral polio vaccination (OPV) and rising number of paralysis in the country. The study analysed data from 2000 to 2017.

Data was obtained from the National Polio Surveillance Programme (NPSP), reported by the government of India.

Published in the International Journal of Environmental Research and Public Health, the authors of this paper are Jacob Puliyel, Rachana Dhiman, and Sandeep C Prakash of Department of Pediatrics, St Stephens Hospital, Delhi and V Sreenivas of Department of Biostatistics, All India Institute of Medical Sciences, New Delhi.

In some states like Bihar and Uttar Pradesh, the rate of NPAFP was high at 35 and 25, respectively. The paper clearly states that the rise in the rate of NPAFP has no correlation with other socio-economic factors such as illiteracy levels, population density or level of poverty.

The data between 2000 and 2017 shows a clear correlation between rise and fall of number of NPAFP in Uttar Pradesh and Bihar. 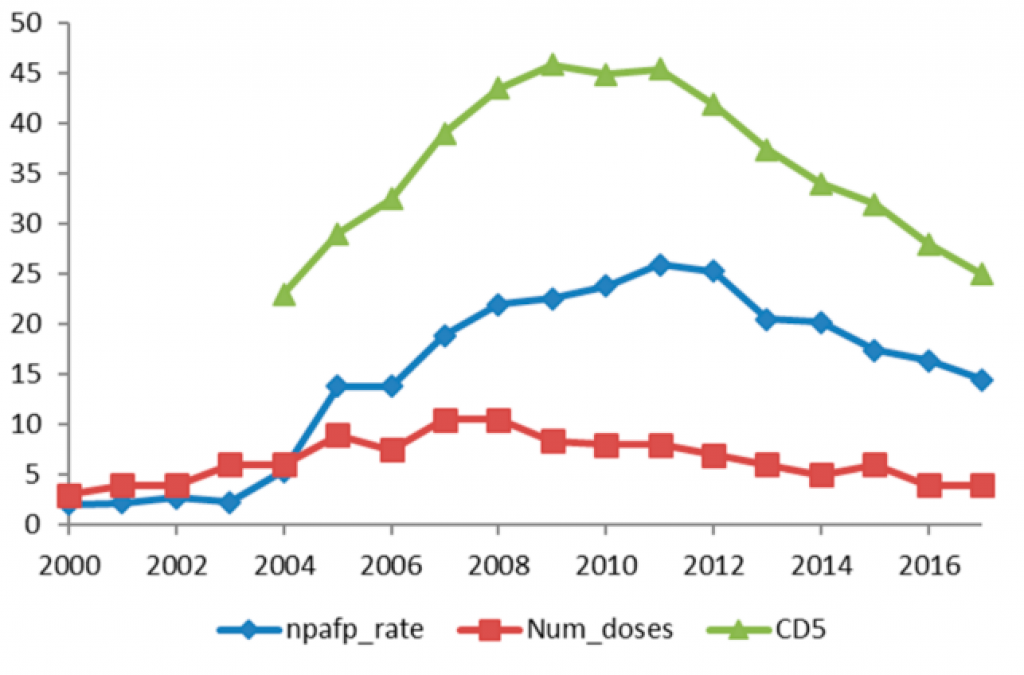 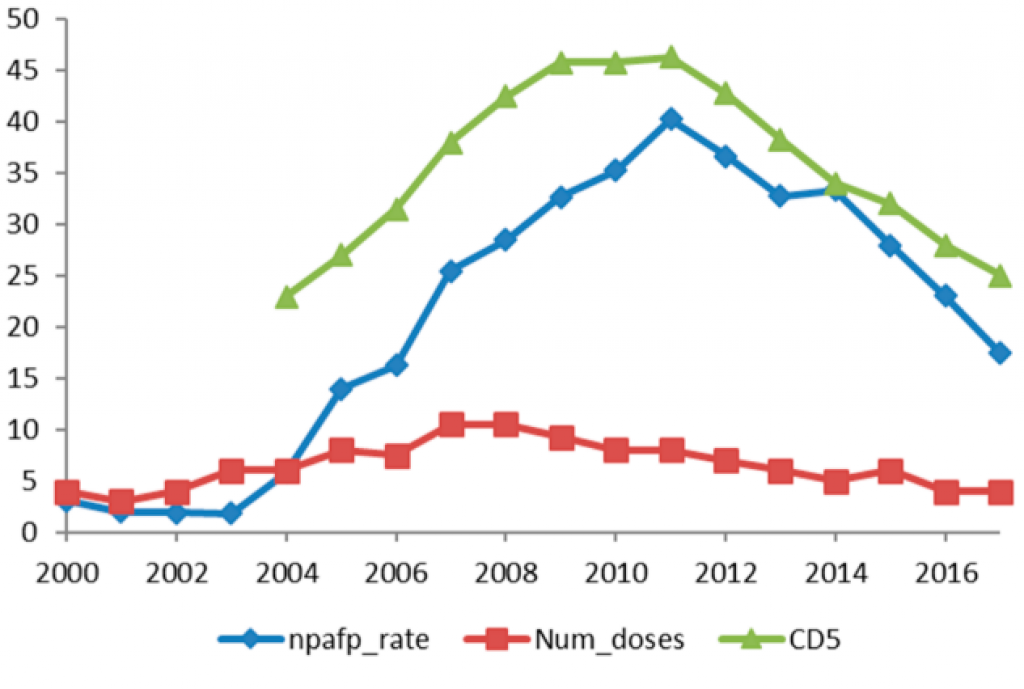 Internationally, the incidence of NPAFP is 1 to 2/100,000 in the under-15 population. Data studied from 2000-2010 correlated a strong relation of rate of increase of the NPAFP with the OPV rounds conducted.

The paper lauded the effort of government of India for eradication of polio but at the same time it has warned the increase in frequency of OPV. 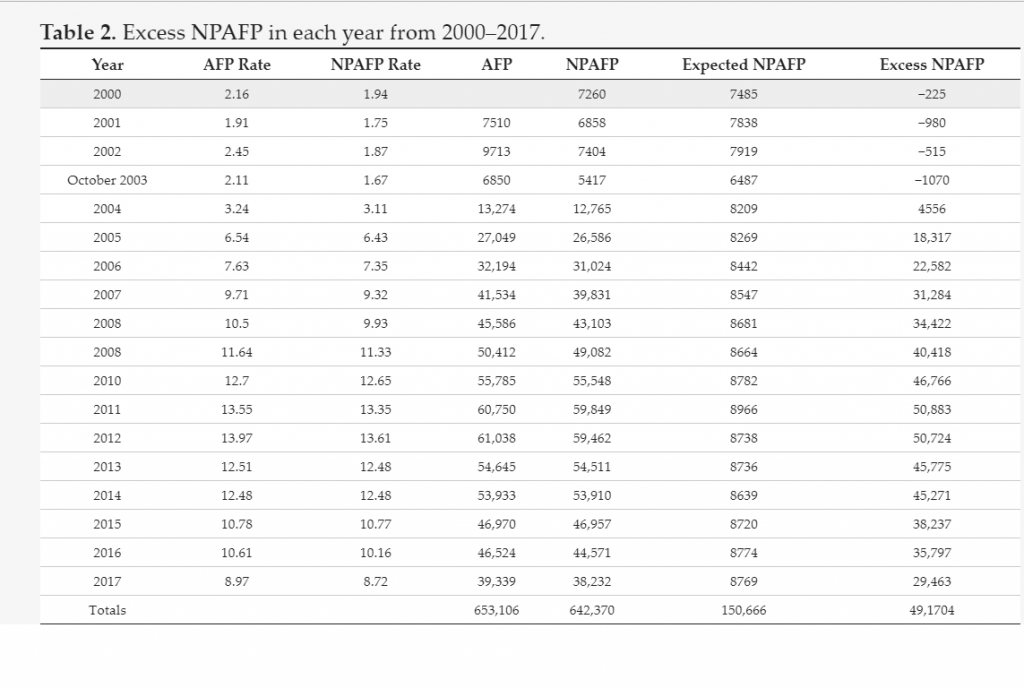