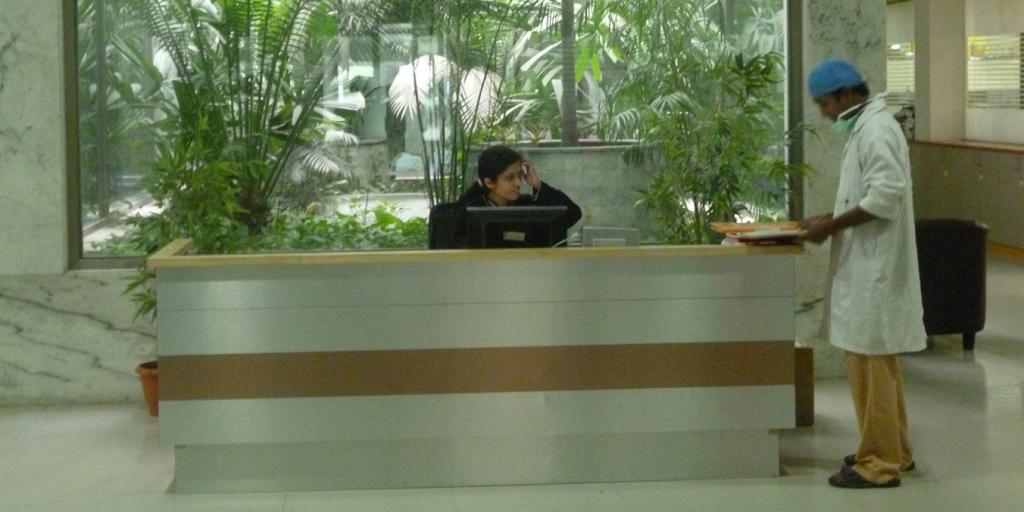 These hospitals often do not give option to patients to buy medicine or get diagnosis done from outside. Credit: Anupam Chakravorty

Gopendra Singh Parmar from Dhaulpur in Rajasthan broke into tears while speaking to media. On December 22, 2017, his son Saourya Pratap died due to dengue and he was charged nearly Rs 16 lakh by Medanta The Medicity for treatment.

He says, “Around two months have passed since my son  and I have travelled at least 30 to 40 times from one city to another, including Ambala, Chandigarh, Delhi, but nothing has happened.” He says, “I don’t have trust in this system and if the government does not take action against culprits, I will be forced to take extreme steps.”

Gopendra’s plight is that of a common man in India. His son Sourya was diagnosed with dengue. The family approached a doctor of government hospital in the district for private treatment. Later, the boy was admitted there but as there was no facility of platelet transfer, the family rushed to Gwalior in Madhya Pradesh. They did not find any solace there and hired a private ambulance.

As per Gopendra, the family had planned to go to Ram Manohar Lohia Hospital, AIIMS or Gangaram Hospital, but, the ambulance driver convinced them number of times and finally took them to Medanta where the family was charged huge money. Despite that, his son’s life was not saved.  And now he wants action against the hospital, but at the same time he does not have confidence in this system.

According to him, his entire clan had reposed faith in Narendra Modi when they voted for him, but nothing has changed on the ground.

And he is not wrong.

The report published by the National Pharmaceutical Price Authority (NPPA), which analysed patient bills from four prominent private hospitals of the National Capital Region, highlights that the government measure to protect common man from the big corporate hospitals is simply not working.

NPPA received four complaints about overcharging and exploitation by big hospitals and investigated into victims’ claims. The report, which was published on February 20, highlighted that patients were charged many times than the normal price of their treatment and these hospitals have used several methods to increase their profit margin. 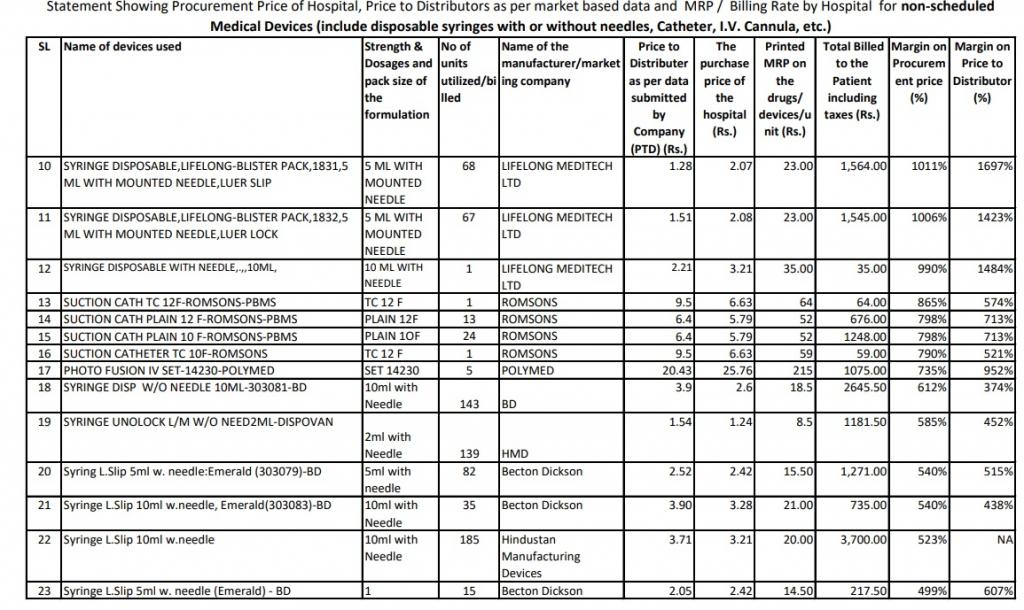 The report makes number of alarming observations, including forcing pharmaceutical industry to print higher MRP to get bulk order. Hospitals are using this ploy to earn huge profit. It also says that the government’s effort to regulate price is not meeting its purpose because industry has learnt how to deal with it.

In all these four cases, NPPA found that diagnostic services have cost more than 15 per cent of the expenditure one would have incurred in independently-run private diagnostic centres. These hospitals, according to the report, did not give option to patients to buy medicine or get diagnosis done from outside.

“The profit margins in the non-scheduled devices used in the three cases (syringes, cannula and catheters) are exorbitant and clearly a case of unethical profiteering in a failed market system,” the report observes.

Mira Shiva, Co-convener of the All India Drug Action Network (AIDAN) says that this is the latest evidence of overcharging and exploitation of patients.

Patients and health groups asserted that the unethical practices of private hospitals are a direct outcome of the regulatory vacuum which allows them to cash in on vulnerability of patients.

In Gopendra’s case, more than 45 per cent of his bill of Rs 16 lakh was for medicines and consumables on which the hospital appears to have earned huge margins. Just lab charges accounted for 9.5 per cent of the total bill.

Jayant Singh is also fighting for justice. His daughter Adya Singh was admitted to Fortis hospital, Gurugram and charged in excess of Rs 16 lakh, but still she died. He says, “I appreciate the NPPA conducting such a detailed and thorough analysis and identifying the systematic loot of private hospitals. I expect the government to take cognisance of NPPA's findings and create new policy and regulation that will deter the healthcare mafia from fleecing patients and prevent criminal collusion between pharmaceutical companies and hospitals/doctors.”