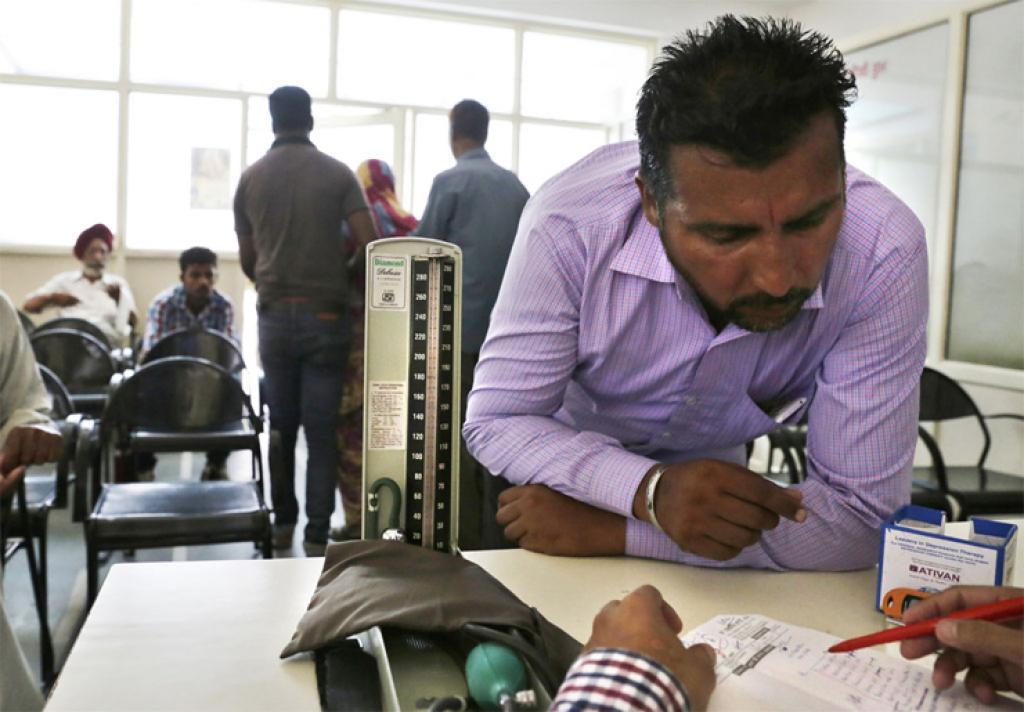 Hypertension or high blood pressure is an important risk indicator for chronic kidney disease, a study done in three villages of Karnataka has revealed.

Most of the people included in the study were in age group 18-90 years and had agriculture as their primary occupation. About 30 per cent were found to have hypertension and more than half of them were defined as pre-hypertension. This finding is disturbing as people in the villages were unaware of the risk they faced.

"Our study has highlighted the significant burden of hypertension in rural population, contrary to general belief that it is much lower than in the urban population,” researchers have said in a recent study published in Journal of Hypertension. "The awareness and control of hypertension are dismally low and there is a need to institute measures so that the people have ready access to adequate medical care and to impart education to the people regarding benefits of optimum BP control," they added.

People older than 50 years with diabetes, a body mass index (BMI) of more than 25 and a decreased GFR were more likely to have hypertension, according to the study led by Dr. Y.J. Anupama of the Department of Nephrology at Nanjappa Hospital in Shivamogga, Karnataka.

In another study, also reported in Journal of Hypertension, a team of researchers from Australia and India found varying levels of awareness about hypertension. It was found that people who lived within five kilometres of the nearest health care centre (proximity increases accessibility and hence, utilisation of health care services) and those who had more sedentary lifestyles were more aware of their condition.

Office or white-collar jobs indicate a likelihood that those persons may be better educated and hence, were more aware. Those who were aware of their condition would go for regular check-ups and take treatment. This study was conducted in a disadvantaged and rural community of the Rishi Valley region in Andhra Pradesh.

Hypertension is regarded as one of the major risk factors for various diseases and disabling conditions such as heart disease and brain stroke. Once considered an urban lifestyle condition, hypertension is now very common in rural areas as well. A lifestyle change among villagers, including dietary preferences (high salt intake) is being attributed to the narrowing urban-rural divide. The two studies have highlighted the need to increase the awareness of hypertension and its effects among people who are oblivious of their condition. (India Science Wire)