ICMR D-G is wrong; Kawasaki disease in children post-COVID has been reported in India

Shut down schools if positivity rate goes up to more than 5 per cent: IAP chief 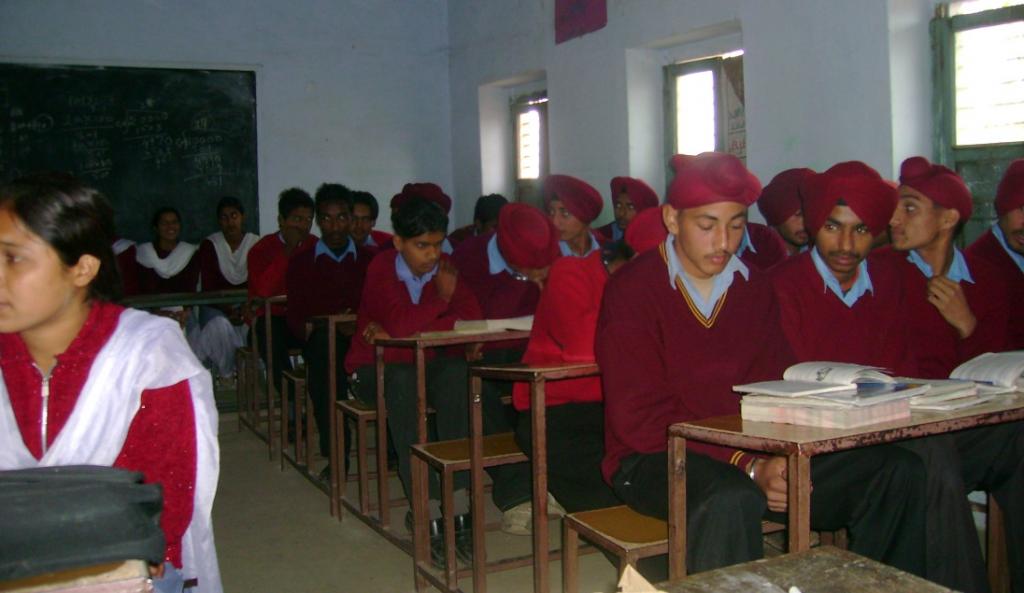 As schools reopened in India, the discourse has started on how could it lead to a spurt in novel coronavirus disease (COVID-19) in children (0-18 years). And, in the recovery phase of the disease, less than 1 per cent in the world over have shown to be affected by either Kawasaki Disease (KD) or Multisystem Inflammatory Syndrome in  Children (MIS-C)

However, Balram Bhargava, director-general of the Indian Council of Medical Research (ICMR), last week said India did not have any such case. He was replying to a query by Down To Earth (DTE).

But is that really the case? In short, no.

There is much documentary and empirical evidence that has been reported from hospitals in Chennai, Mumbai, Pune, New Delhi and Bengaluru, at least. The papers have been published Indian Pediatrics, the 57-year-old journal of the Indian Academy of Pediatrics.

One, published as early as May 2020, had pointed to an eight-year-old child in India. We may be having children suffering from these disorders, it had said.

“We report a child with COVID-19 who had overlapping features of Toxic Shock Syndrome and KD,” the paper, authored by S Balasubramanian others, read.

“It is likely that cytokine storm is one of the major causes of acute respiratory distress syndrome, multi-organ dysfunction and possibly pediatric multisystem inflammatory syndrome,” it added. This case was reported from Kanchi Kamakoti Childs Trust Hospital, Chennai.

DTE spoke to Balasubramanian in the last week of June. He talked of having seen at least 10 cases by then.

KD or MIS-C are the results of a ‘cytokine storm’ in children, usually after one month of recovery from COVID-19. Cytokines are produced in the body in response to an infection to fight against the virus.

But if they become a ‘storm’, they start destroying body tissues along with killing the virus. If the storm affects all the major systems including kidneys, gastrointestinal tract, heart, etc, it is referred to as ‘multisystem syndrome’.

If it attacks blood carrying vessels, it results in KD, the head of the Indian Academy of Pediatrics, Bakul Parekh, said.

Another paper, also published in May, talked about a four-month-old baby in a hospital in Kolkata.

“Our case was very similar to that described by Jones, et al. The girl had most of the clinical features of KD,” the paper written by Bhaswati C Acharyya and others, said.

The paper referred to in the Kolkata study was authored by Veena G Jones and was published in the journal of the American Academy of Pediatrics and the first paper published globally on this subject.

Jitendra Oswal, a Pune-based paediatrician, told DTE in June that he had come across four such children who suffered from KD or MIS-C post-COVID. All of them had high inflammatory markers and elevated white blood count cells, he said.

They showed liver and kidney injuries in investigations. The inflammatory markers are raised if the body tries to mount an immune response against infection

While the papers discussed individual cases, a series mentioning Indian children suffering from these disorders post-COVID was published in this paper in August. These cases were reported in Chennai from April-July 2020.

They “satisfied the case definition of Paediatric Inflammatory Multisystem Syndrome – Temporally Associated with SARS-CoV-2 (PIMS-TS) as defined by the Royal College of Paediatrics and Child Health.” RCPH is an association of UK paediatricians founded in 1928.

“This study is the first series from India describing children presenting with childhood multisystem inflammatory disorder. Consistent with published data from Europe and the US, children in this study also presented with signs and symptoms mimicking complete or incomplete Kawasaki disease,” the paper said.

As many as 63 per cent of cases (12) required admission in pediatric intensive care units (PICU). Median length of hospitalisation was six days.

The authors also described cardiac dysfunctions and low blood pressure during admission in PICUs as common fallout of these diseases in children.

“We postulate that we may also see a significant increase of PIMS-TS among children in the coming days,” the authors, K Dhanalakshmi and others, said.

This paper, published August 11, was based on a study done in four hospitals of Mumbai. As many 23 children between 0.8 and 14 years, suffering from MIS-C were studied. One child even reportedly died.

Children exhibiting skin rash, conjunctivitis, changes in lips and oral mucosa and extremity changes as defined by previous guidelines of KD and MIS-C were part of the study

“There is a 2-4 week lag period for MIS-C presentation post-COVID-19 infection and we should expect to see more patients from across India in the coming weeks, based on present infection trends,” the authors said.

They added that in the absence of standardised uniform international diagnostic guidelines, there was high probability that clinicians were missing milder cases. They could also have been over-diagnosing similar presentations of KD or toxic shock syndromes such as MIS-C.

The authors noted that the use of intravenous immunoglobulins were higher in the UK and US series of children. However, they were relatively lower in the series they studied, due to high costs.

Immunolgobulins are administered to create an artificial immune response. The trend, however, was opposite in the case of steroids as they were relatively cheaper.

There is more documented evidence. Even empirically, paediatricians admit to seeing a number of such cases.

“I have seen as many as 64 such cases in the last three months,” Dhiren Gupta, a paediatrician at Sir Ganga Ram Hospital in New Delhi told DTE. At least 80 per cent of them required ICU care, he added, pointing towards the severity of the disease.

COVID-19 infectivity in children globally has been far less reported than in adults.  Bhargava had said in the same press meet that less than eight per cent children had been positive in India.

However, both Parekh and Bhargava agreed that children could spread infection to adults and could even be super spreaders in settings like schools.

Paediatricians are divided about whether schools should have been reopened. Mizoram had to close schools after reopening due to a rise in child cases. Three states — Punjab, Uttar Pradesh and Sikkim — have opened schools so far. The Centre had left the decision to the states.

“Moreover, no state should take a generalised decision of reopening. It must be left to the district administrations to decide on the basis of the positivity rate,” Parekh added.

This is clearly something the three states did not do. “It has to be a continuous assessment. If the positivity rate goes up, shut the school again,” he said.

In the US, the number of child cases saw a spurt after the reopening of schools. However, a cause-and-effect relation has not been established yet.

Children below five years are not advised to wear masks by the World Health Organization.

“Even the ones who can use, may not be very comfortable with it. Schools will have to see to it that while hand sanitisers are available, children should not inhale them as they are poisonous. All these and other behavioural adaptations in children would not be easy to come by,” Parekh said.

He also advised that children with conditions like asthma, pneumonia, etc shouldn’t be sent to schools.

“Online education can’t go on for long. But you really should not start schools for all classes in one go. Divide students into batches. Look for a hybrid model which has mix of both systems,” Parekh said.

An abridged version of this story was published in Down To Earth’s Oct 1-15, 2020 print edition