Control office to be set up to work on forecasting, availability, supply chain, dispensing antiretroviral drugs 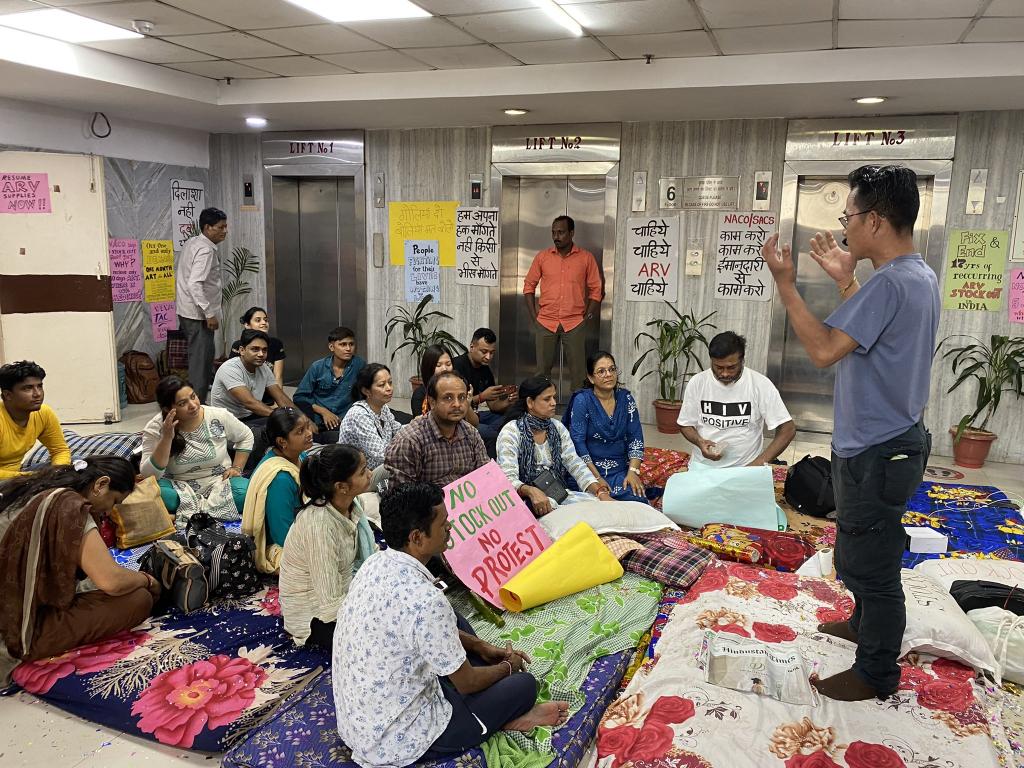 They have been protesting for the last 42 days over an alleged shortage of life-saving drugs.

A ‘coordination room’ will be set up with NACO officers and patients’ network representatives from across the country to work jointly on forecasting, availability, supply chain and dispensing antiretroviral drugs, a government order dated August 29 noted.

The government, however, has denied there is any shortage.

This is not the first time a stock-out of this scale has occurred — similar situations occured in the 2014 and 2017, said Singh. But this was the longest, he added.

The obstacle in accessing HIV treatment has not only resulted in the regimen interruption, but patients are also developing “drug resistance and an imminent disease progression to AIDS resulting in death”, according to a press note dated August 29 by DNP+.

NACO has maintained that there is enough stock for 95 per cent of India’s HIV patients, which still leaves some 75,000 people across the country vulnerable. The body is responsible for providing free medicines, diagnostic kits and other essentials through state AIDS prevention and control societies (SACS) across the country.

The current shortage appears to be an issue rooted in the failure to float a tender in a timely fashion, said Singh. This needs to be done when there is at least six months worth of stock with NACO and SACS.

For a procurement process due to begin in August 2021, the first tender was only floated five months later in December that year, the press brief mentioned.

This was subsequently cancelled, citing issues with the shortlisted company, Leena Menghaney, a lawyer who works on HIV, had earlier told Down To Earth. After that another tender was floated in March this year, she added.

To tackle the shortage brought on by this fraught procurement process, SACS — autonomous and decentralised bodies that implement the NACO programme at the state level — began procuring medicines on their own.

On May 30, NACO’s deputy director general Anoop Kumar Puri issued a letter recommending that states switch to an “alternative regimen” to “tide through the crisis situation as an interim arrangement”.

However, a quality analysis test by TAAL+, an Integrated Health Centre and Community Pharmacy, found the new drugs failed to “meet the quality standards as prescribed by the Drugs and Cosmetics Act and its Rules, raising concerns around substandard drugs entering the supply chain. Distribution and consumption of substandard drugs directly contribute to resistance leading to AIDS”, the press note detailed.

India has set a target to eliminate AIDS by 2030 but such failures make it difficult to achieve that goal. Any irregularity in following the prescribed regimen can lead to resistance to HIV drugs and therefore can weaken or negate its effect, NACO noted.