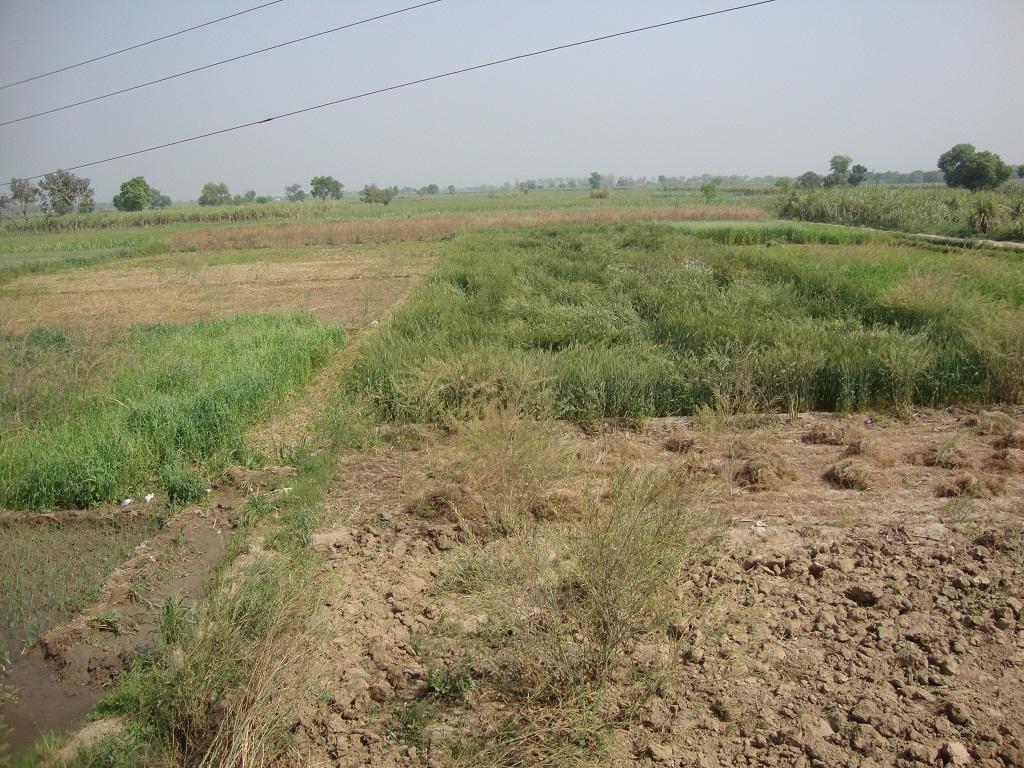 The study highlights the role of waste from food and animal farming contributing to the spread of antimicrobial resistance in the environment.Credit: Mohd Shehfar/CSE

In a first, scientists have shown that using wastewater from dairy farms for soil irrigation can enhance the presence of antibiotic resistance genes (ARGs) in soil. ARGs are instrumental in expression of proteins that confer resistance on the bacteria and enable them to withstand the effect of antibiotics. Although present naturally in soil, the amount of ARGs is extremely small.

Dairy wastewater is used commonly in the US to irrigate agricultural soil for waste management and to recycle nutrients in the soil.

The antibiotics most frequently detected in the dairy wastewater samples were lincomycin, chlortetracycline, monesin, oxytetracycline, and sulfadimethoxine. The genes found in the wastewater can be seen in the table.

Before wastewater treatment, only very few sul1 and tet(X) genes were detected in soil and that too in only 9 per cent of the samples. This has been attributed to the fact that soils and canal water naturally contained no or very low levels of ARGs. Moreover, animal manure had also not been applied on the study site for a very long time prior to the study.

The study found that ARGs genes (see table)- Sul1, Intl1 and Tet (M) were detected in all 44 samples treated with dairy wastewater, and Erm (B) was detected in 43 out of 44 samples. The detection frequency of genes Tet(B) and Tet(M) were low but still higher than what was found in untreated soil.

Published in the Science of the Total Environment, the study highlights the role of waste from food and animal farming in spreading antimicrobial resistance and ARGs in the environment. Antibiotics are often administered to animals in farms for mass disease prevention, growth promotion or disease treatment. However, it is reported that almost 70 per cent of antimicrobials administered are not metabolised and are released into the environment through animal waste. In addition to unmetabolized antibiotics, antibiotic resistant bacteria as well as ARGs are also excreted in animal waste. All of these find their way out of the farms into humans and the wider environment through direct contact, exposure to farm-level workers, contamination of surface and ground water in and around the farms and use of untreated animal waste as fertilisers/manures for agricultural lands.  The study was conducted by the United States Department of Agriculture-Agriculture Research Service

Apart from adding to the growing body of evidence related to the environmental dissemination of antibiotics, the study fills an existing gap on the long term impacts of farm wastewater application on antibiotic resistance in treated agricultural soils.