Some 71.3% households don’t have a single person covered under health insurance or a scheme 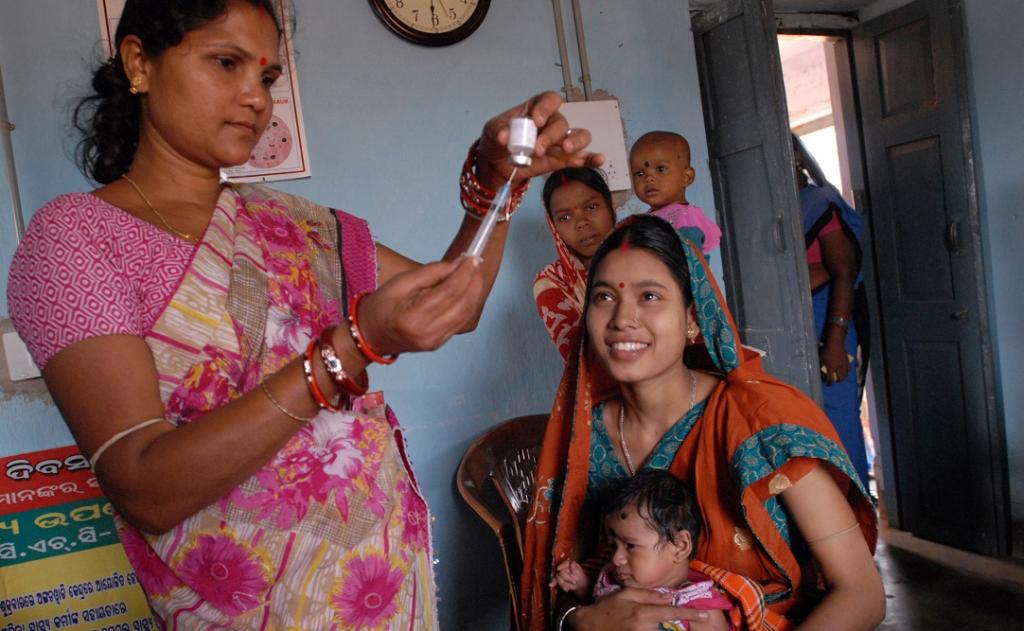 According to the SDG index, Jharkhand has only a total of 4 physicians, nurses and midwives per 10,000 population, as against target of 45. Photo: Wikipedia

As the novel coronavirus disease (COVID-19) pandemic raged India, many states came up with makeshift health facilities almost overnight. Many experts raised doubts as to whether there were adequate personnel to man these. Now, the recently released NITI Aayog’s Sustainable Development Goals (SDG) India Index 2020-21 has shown many states fare way too poorly on this indicator.

According to the index, Jharkhand has only a total of 4 physicians, nurses and midwives per 10,000 population, as against target of 45. Uttar Pradesh, Uttarakhand, Chhattisgarh and Bihar have 14, 15, 15 and 17, healthcare workers (HCWs) per 10,000 people. Nagaland and Andaman and Nicobar have less than 10. These states are among the lowest.

Kerala has 114 such HCWs and tops in this category. Only six states have achieved the target. They are Andhra Pradesh, Himachal Pradesh, Karnataka, Mizoram, Punjab and Rajasthan. India’s average is 37.

“Even if the overall country average seems to be achieving the goal, the high inter-state variations tell the real story of inequities. This disparity may jeopardise the national effort,” Indranil Mukhopadhyay, health economist at OP Jindal School of Public and Government Policy, told Down To Earth (DTE).

The reason for the ratio being particularly skewed is the fact that health is market-driven. So, if more hospitals, especially private ones want to come up in specific states, there would be more workforce in those places. Not in states like Jharkhand, Bihar and Uttar Pradesh where they are needed more. It is for the central and state governments to open public health facilities here and, particularly, incentivise them to attract a workforce.

Another indicator that points out to a sharp division in performance of various states is the percentage of households where at least one member is covered by health insurance or any health scheme. According to the SDG Index, as many as 71.3 per cent households in India don’t have even a single member covered by either of them. As many as 24 states and Union Territories (UT) fair worse than the national average of 28.7 per cent.

“The target is to cover all the households in India. No State or UT has achieved this target as yet. Andhra Pradesh, at 74.6 per cent, has the highest coverage in the country,” the SDG Index says. It adds that the coverage under these schemes or insurance is aimed at ‘universal health coverage’, which is regarded as a basic component of social security.

“I have doubts over the 28.7 per cent coverage. It has been sourced to the last National Family Health Survey that was conducted in 2015. But we have the latest data from the National Sample Survey Office (NSSO) conducted in 2018,” Mukhopadhyay said. In fact, according to the last NSSO report, less than 20 per cent people were covered.

“If they say that they intend to achieve universal health coverage through insurance, then COVID-19 must be a lesson for the government. The insurance model fell totally flat, including the Ayushman Bharat scheme as beneficiaries were just denied services by many hospitals while some others refused to accept these schemes,” Mukhopadhyay added.

Several reports, including those of government, have earlier said out-of-pocket expenditure (OOPE) on health is the highest in India. According to the Index, it is highest in Kerala, where 17 per cent of monthly per capita consumption expenditure is directed towards health.

Sakthivel Selvaraj, a health economist with the Public Health Foundation of India, explained the reason. “People in Kerala are more health-conscious than most. They mostly spend on non-communicable diseases, mostly lifestyle illnesses,” he said. He added that high OOPE should not be construed as poor public health facilities in Kerala that are considered one of the best in the country.

Selvaraj also explained that a high OOPE in states like Bihar or Uttar Pradesh would mean something else as the public health spending itself is low in these states where people are forced to spend from their pocket for seeking treatment of diseases other than lifestyle.

The undernutrition in children is also particularly worrying. As many as 33.4 per children in India are underweight while the aim is to reduce this number to 1.9. The highest number of underweight children under five years are found in Jharkhand (42.9 per cent), followed by Chhattisgarh and Mizoram.

As far as stunting is concerned, 34.7 per cent children under five years fall under this category, while the target is to bring this number down to six per cent. The prevalence of stunting is the highest in Bihar, at 42 per cent. Kerala, Tamil Nadu and Goa have the lowest stunting rates.

The institutional delivery has seen a good jump in 2020. According to the SDG Index, 99.0 per cent deliveries took place in a healthcare facility in India in 2020 as against 66.9 per cent in 2019.

The NITI Aayog SDG index has been prepared by taking into account government reports like National Family Health Survey, Comprehensive National Nutrition Survey, etc. The indicators of health have been covered under SDG 3 (zero health and well-being) and SDG 2 (zero hunger).

With a score of 86 out of 100, Gujarat is at the top of SDG 3, followed by Maharashtra, Tamil Nadu, Mizoram and Himachal Pradesh. Bihar, Arunachal Pradesh, Madhya Pradesh, Sikkim, Nagaland, Chhattisgarh, Uttar Pradesh and Assam are the eight worst states.