Chemicals released from mouldy walls could cause Parkinson’s 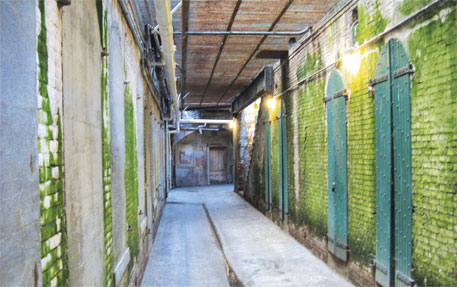 MOULDY surfaces in households release volatile compounds that trigger reactions ranging from watery eyes to severe allergies in people. One such chemical, 1-octen-3-ol, commonly called “mushroom alcohol” has been found to induce symptoms typical of Parkinson’s disease in fruit flies. The chemical has a similar effect on human cells, although at much higher levels of exposure.

Parkinson’s disease is among the most common disorders impacting movement and muscular coordination. It typically causes degeneration of neurons which carry the neuro-transmitting chemical, dopamine, to the brain (dopaminergic neurons). Although the potential causes behind Parkinson’s disease are many, environmental triggers identified so far have been only man-made, such as paraquat, a strong neurotoxic herbicide.

Fruit flies exposed to 0.5 ppm (parts per million) of volatile mushroom alcohol had impaired movement as early as 24 hours after exposure. Half the population died in 17 days, whileÃ”Ã‡Ãªflies which were not exposed did notÃ”Ã‡ÃªdieÃ”Ã‡Ãªin that period. An analyses of the brains of the flies exposed to the chemical showed there was a significant reduction of dopaminergic neurons.

The research was conducted by the department of plant biology and pathology in Rutgers, the state university of New Jersey, US. “This study is the first to show a mechanistic link between a natural biogenic cause and Parkinson’s disease,” says Arati Inamdar,Ã”Ã‡Ãªlead author of the paper published online in PNAS on November 11. It was also found that flies lacking a dopamine transport protein were hypersensitive to mushroom alcohol while those given an extra dose of it were resistant, suggesting that dopamine transport is indeed impacted. The researchers then tested the chemical on human embryonic kidney cells and found that at high concentration of 3 ppm, 95 per cent of dopamine uptake was effectively blocked.

“This work provides evidence for a mechanism by which some chemicals released by moulds might cause degenerative changes in the nervous system that are associated with Parkinson’s disease. However, while this linkage suggests a possible factor in the etiology of this disease, it will require further exploration in mammalian models to evaluate its generality and applicability to the human disease,” says Philip Bushnell, behavioural toxicologist and editor-in-chief of Neurotoxicology and Teratology.

The trigger for the study came from a personal experience of Joan Bennett, who heads the lab at Rutgers where the study was done. Her house in New Orleans was hit by hurricane Katrina in 2005. Soon a mouldy growth came up which caused her to have headaches and nausea, an experience that reinforced her desire to study fungal volatiles.