Health infrastructure cannot be built overnight, experts say, as the state bleeds under the viral assault 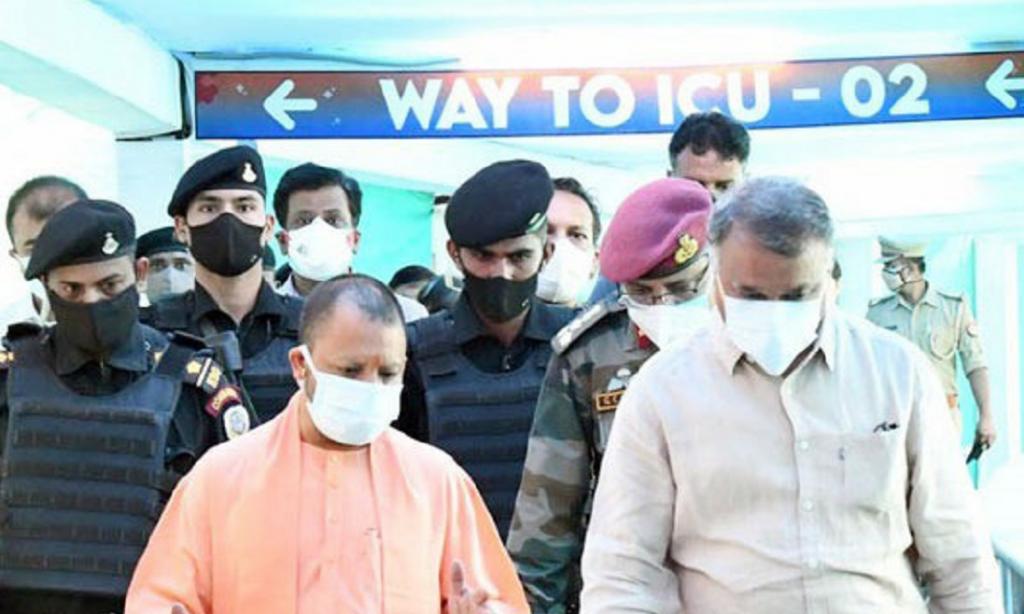 Uttar Pradesh, India’s most populous state, has become a novel coronavirus disease (COVID-19) hell in the pandemic’s second wave, given its poor health infrastructure and high population density, according to official data.

Hospitals have run out of oxygen and beds and crematoriums are falling short of space. Residents have hit out at the government for poor planning and indifference.

In Uttar Pradesh and Bihar, the health infrastructure is poor and there is not enough field manpower to address critical care. Owing to the chronic weakness in the health systems of these states, to expect them to perform better than metropolitan cities during such a health crisis is unrealistic.

He added that over the past few years, governments had been outsourcing public health services to the private sector.

“It is high time they stop further privatisation of the sector and refocus on centralising it. Every block should have intensive care units and a capacity of minimum 200 beds with oxygen supply,” Babu said.

Health infrastructure cannot be built overnight. There are projections that several pandemics are yet to follow. It is high time the state government learns lessons and ramps up the services. The Centre also needs to increase its budget allocation for health.

The Centre had allocated 0.34 per cent of the gross domestic product (GDP) to health in the union budget 2020-21. This was a slight increase from 0.31 per cent last year. India’s health expenditure towards GDP is much lower than that recommended by the World Health Organization (2.5 per cent).

The other big problem that UP faces in trying to stem the virus’ march is the sheer number of people. The state has a population of over 200 million, almost equal to that of Brazil. The density of population is also very high.

Chopra has been a health expert practicing community medicine for the last 35 years. He said given the airborne nature and the higher secondary attack rate of SARS-CoV-2, it was very difficult to control infection in any community.

“Uttar Pradesh has a huge population as well as high population density. This subjects the state to a greater risk of widespread infection,” he said.