Silence of the birds 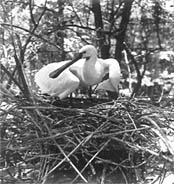 migratory birds coming to the Bhatkal Lake area and Sultanpur Bird Sanctuary, are dying due to the growing pollution, scarcity of water in the lakes and inhospitable conditions. Members of the Delhi Wildlife Society (dws) recently found a migratory Bay Owl (Phodilus badius) and two Salty-backed Gull (Larus Schistisagus) dead in the Bhatkal lake's area. The Bay Owl comes from places including south China, Philippines and southeast Asia. A veterinary doctor Nagendra Yadav says that the birds died due to contaminated water in the lake and unfamiliar conditions.

Some times back, a Peregrine Falcon was found dead in a similar manner near the lake. Before that, a dws activist found the bird in an injured condition. The Falcon could not be saved as there was no facility to treat the bird. The region has only one bird hospital that does not have the facilities for treating Falcons.

Even those birds which have been migrating from Russia, Europe and some of the Asian countries during winters are gradually shifting towards other sanctuaries. Birds from these places have already started deserting the Bhatkal lake. It became evident this year as a very few birds from these places visited to the lake. The Sultanpur Bird Sanctuary is facing similar situations. According to the caretaker of the sanctuary, the water pumped to fill the lake has been found to be saline. As it is difficult for birds and fishes to survive in such water, the sanctuary could attract only few migratory birds this year.