Residents in Nairobi's urban slums are opting for fast food rather than healthy alternatives, which is increasing their risk of developing diabetes 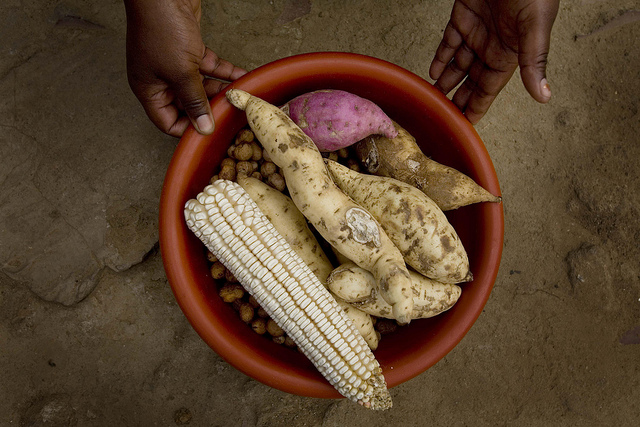 Scientific evidence shows that consuming at least five portions of fruit and vegetables a day can prolong your life and reduce your risk of developing non-communicable diseases such as diabetes and cancer.

In the slums of Nairobi, our research shows that less than half of the adult population are meeting their daily fruit or vegetable requirements. Instead, as global fast food outlets flood the Kenyan market, they prefer junk food which they see as a status symbol.

This could be why there are high levels of hypertension and diabetes in these slums where one in every five people has one of the two conditions. In addition, we found that less than a quarter of those who had diabetes were aware of their condition. And fewer than 5% of all people with diabetes had their blood sugar under control.

The increase in non-communicable diseases such as diabetes in low and middle income countries is largely driven by rapid urbanisation and preferences for high-calorie diets with decreasing levels of physical activity.

In sub-Saharan Africa alone diabetes sufferers are projected to double from 12 million to 24 million in the next two decades. Evidence from the World Health Organisation shows type 2 diabetes will be the key contributor to this rise.

Several studies from the continent show excessive body weight and obesity as risk factors for diabetes.

A review of the Demographic and Health Survey data from seven African countries over 10 years shows that there are rising trends in overweight and obese urban women. Even more worrying is that the increase is seven times higher among the poorest urban women compared with the richest urban women.

Price is not the problem

Nairobi’s slums are known for their thriving vegetable markets. So, why are slum residents not consuming adequate amounts of fruit and vegetables?

Initially we thought that the price of the fruit and vegetables was prohibitive for slum residents given that the majority of them live on less than $2 a day.

But the price is not the main deterrent. While imported fruit such as pomegranates may, understandably, be expensive, local produce such as bananas or the trendy superfood kale – a Kenyan staple for generations known as sukuma wiki – are affordable.

When we dug a bit deeper through focus group discussions, we found there was a social desirability issue: slum residents wanted junk food because it reflected a higher socioeconomic status.

Their aspirations are linked to a combination of clever marketing, celebrity culture and the social media frenzy around global fast food outlets opening in Kenya.

And who could blame them? In the past few years, several major global fast food brands have set up shop in Kenya including KFC chicken and Pizza Hut. And more are said to be eyeing an entrance into East Africa’s largest economy.

According to the article, laboratory tests conducted by scientists on samples of fruit and vegetables from across Nairobi found toxic levels of various substances.

It argued that samples of sukuma wiki had shown high levels of lead, most likely from contaminated riverbeds where the vegetable is typically grown. And samples of bananas and oranges had high levels of calcium carbide, which is used illegally to hasten the ripening of fruit.

The article sparked widespread negative reaction and has exacerbated the challenge of those living in urban slums not eating vegetables.

The World Health Organistion’s recommendations for improving fruit and vegetable intake are pitched at a high policy level. For example, one recommendation is that marketing of food and beverages to children should be restricted.

But for health practitioners on the ground suggestions such as these do not necessarily translate into practical steps to change eating habits.

Clearly this is a catch-22 situation. The newspaper article highlights the need for developing countries like Kenya to review their food and agricultural policies.

There is an urgent need for policies that protect the lives of people by:

The policy environment for these interventions is currently weak. And unless the government takes urgent steps to put these policies in place, there is no way to stop people from lining up at the next fast food outlet.