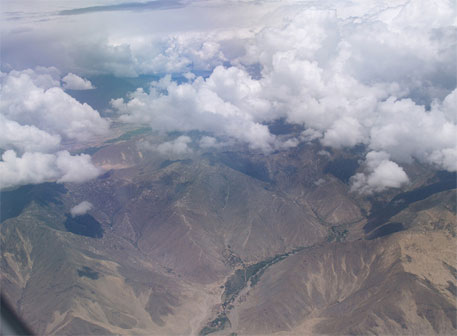 A research conducted by scientists and led by experts from UK’s Newcastle University has shown that high altitude regions are warming faster than previously thought.

Citing lack of data, the researchers have called for urgent and rigorous monitoring of temperature patterns in mountainous areas across the world.

The study, published in the journal, Nature Climate Change, found evidence of the fact on the Tibetan Plateau.

According to scientists, the temperature in this region has risen steadily over the past 50 years. In the past 20 years, temperature above 4,000 metres of the plateau region has warmed nearly 75 per cent faster than that in areas below 2,000 metres.

Scientists came together as part of the Mountain Research Initiative, a global change research effort, funded by the Swiss National Science Foundation. The team included scientists from the US, the UK, Switzerland, Canada, Ecuador, Pakistan, China, Italy, Austria and Kazakhstan.

The study was led by Hayley Fowler and Nathan Forsythe of Newcastle University’s School of Civil Engineering and Geosciences.

Fowler said, “Changes to climate, glaciers and snow cover in the high mountains of Asia are of vital importance for water supplies to a fifth of the world’s population, (and) so understanding past changes are key to understanding what might happen in the future.”

This paper highlights the need for additional monitoring in high-elevation locations worldwide, but particularly in the less-researched Himalayan region, she added.

During their study, the researchers found that records of weather patterns at high altitudes are “extremely sparse”.

The density of weather stations above 4,500 metres is roughly one-tenth compared to areas below that level. Long-term data, crucial for detecting weather patterns, does not exist above 5,000 metres anywhere in the world. The longest observation made above this level was on the summit of Mount Kilimanjaro.

According to scientists, without substantial information, the world is at risk of underestimating the severity of a number of problems like water shortage and the possible extinction of some alpine flora and fauna species.

Scientists said the primary reason for faster warming of high altitude areas was loss of snow and ice. Another reason is the presence of artificial aerosol pollutants at lower levels. Haze, dust and smoke reduce warming in lower areas, thus increasing the difference in rates of warming between the higher and lower altitudes.