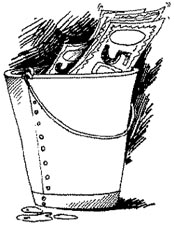 A violent protest by peasants against rising water prices forced an international water company to withdraw its services from Cochabamba, Bolivia's third largest city situated at the foot of the Andes.

Six people died in the outrage that gripped that city after the government hiked water rates in order to finance an urgently required expansion of water and sewage system for the region. In the aftermath of the violence, the government was forced to reconsider the expensive water project and a widely disliked new water law.

The contract to administer the city's water and sewage systems was last year won by Aguas del Tunari, a consortium led by London-based International Water Ltd. In order to provide for the expensive water project, Cochabamba's administration had increased water prices by 20 per cent.

This triggered off wide-spread unrest among the peasant population in the rural areas. It at last prompted a security crackdown and the granting of "state of siege" powers to the police and armed forces.

According to the government, the uprising by the peasants -- who were also protesting against unemployment, rising fuel prices, and other economic constraints -- was supported by unscrupulous elements. Information minister Ronald MacLean accused drug traffickers of encouraging the protests in a bid to stop a government programme to eradicate the production of coca leaves, an important ingredient require for the production of cocaine.

"These protests are a conspiracy financed by cocaine traffickers looking for pretexts to carry outsubversive activities," MacLean said. Supporting this view another information official said: "It is impossible for so many peasants to spontaneously move on their own."

Irrespective of their motives or backing, the protest by peasants has forced Aguas del Tunari to pull out of Cochabamba and the violence gradually quelled.