The interview of V Kishore Chandra Deo, the Union Minister for Panchayati Raj and Tribal Affairs, gives the impression that states have encroached upon the forestland of communities by amending laws (‘Forest department is the encroacher’, October 1-15, 2011). As such the Forest Rights Act (FRA) of 2006, which the tribal affairs ministry feels supercedes all other acts, should fall in the domain of the ministry itself and not the Union Ministry of Environment and Forests (MoEF) for smooth implementation of the Act. It is apparent from the interview that the minister was not properly briefed about the intricacies of implementing FRA to ensure that only genuine individual claimants get pattas. At the ground level the situation is different. Some 98 per cent of the land was given to unverified individuals to meet deadline. In many cases the administration forced divisional forest officers to sign pattas without field verification.

Based on a recent visit to Joint Forest Management (JFM) units in Odisha, Tripura and Andhra Pradesh, some of the steps that can be taken to prevent wrongful allocation of pattas are: states should involve non-profits to train owners of non-timber forest produce (NTFP) on how to manage their produce. The tribal affairs ministry or MoEF may issue guidelines for proper use of forestland by patta holders. Using GIS, or geographic information system, mapping, authorities should screen all the individual title allocations made since 2006. The ones which are not under cultivation should be cancelled and handed back to the community through a title for ownership of forest rights over NTFP. JFM should form the basic technical and management unit.

It is interesting to know that there are countries for which water is a precious commodity and they manage it better than us (‘Singapore taps its water’, September 16-30, 2011). This article serves as an eye opener for engineers engaged in water management in India. In comparison, we have better water resources and more options to meet our needs, but we are poor managers. Indian states do not have a holistic water policy. We are frittering away rain water, which ultimately flushes down the sea.

The Central government should integrate different departments, like Central Water Commission and Central Ground Water Board, and frame area-specific policies to manage rain water, groundwater and river water. In hilly terrains, where laying pipeline is tedious and costly, storing rainwater is a viable option. Rainwater harvesting in hilly forests will also help keep a check on fires. 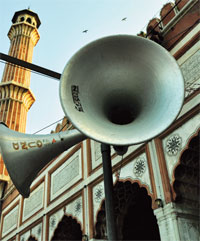 Bring on the ear plugs

This refers to the cover story “Deafening noise” (September 16-30, 2011). The noise in cities and towns makes one feel like he or she is living in a room with an engine. Festivals, fireworks and constant honking on roads add to the torture.

Many people do not even realise that they have lost or are slowly losing their hearing ability. What’s more, there is no measure to know how far noise pollution has contributed to accidents and health hazards. The authorities should immediately address this problem.

Unity all for green

This refers to the article, “Among the non-believers” (September 1-15, 2011). India has 16 major and more than 200 sub-types of forests—from mangroves along the coast, tropical evergreens, dry and moist deciduous, desert vegetation to temperate forests.

The per capita forest area available in India is 0.06 hectare (ha), which is one tenth of the world average. Each forest type is a complex ecosystem that needs to be carefully managed by a combination of traditional knowledge and technical and scientific inputs from professional foresters. This will ensure sustainable use of forest resources for local and national needs.

Keeping this in view the joint forest management (JFM) approach was introduced in the 1970s. At present, about 200,000 villages and 20 million ha of forests are covered by JFM where the development funds are directly sent to the bank account of the JFM executive committees, which undertake works based on the five-year micro-plan developed jointly by the forest personnel and the selected team of people. It takes care of sustainable and timely harvesting, silvicultural operations and natural regeneration.

Time has come for foresters and NGOs to have a direct and transparent dialogue with stakeholders to improve the working of the existing JFM institutions to ensure sustainable management and use of the countries’ limited forest resources. Let us not try to reinvent the wheel. 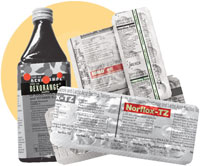 Irrational, expensive and utility-less drug combinations are the business propositions of many small and medium drug companies (‘Lethal combinations’, August 16-31, 2011).

These companies bribe their way and get approvals for such drugs. Through sales representatives they lure doctors to prescribe these medicines to gullible patients.

This refers to the editorial “Parking that can’t be found” (August 16-31, 2011). The problem of parking in India can be solved by two simple measures. Develop efficient public transport system and do not allow more than one car per family.

There is no substitute for the first measure. The second one can be indirectly enforced by heavy road tax, as practised in London.

This refers to the cover story, “Maize mania” (August 1-15, 2011). Why shouldn’t farmers prefer maize to rice? Rice cultivation is labour-intensive as it involves transplantation. Maize seeds are big and can be dibbled in the soil. Harvesting maize cobs is also easy.

Millets cannot be replaced by maize because they are grown in arid areas and corn requires water. Nutritive value of maize is superior to that of rice because maize grains are rich in carotene (vitamin A) and zeaxanthin (responsible for yellow pigment). Cattle and poultry feed should include maize as the major ingredient as it provides B carotene (a carotenoid). The starch industry needs white maize. Babycorn, sweetcorn, popcorn, corn flour, corn oil and corn syrup all come from maize. 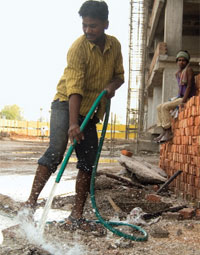 The article, “Addicted to groundwater” (June 1-15, 2011), makes it clear that groundwater situation in Gurgaon is alarming. The authorities need to assess the water needs of the area and then determine the water resources, both surface and subsurface. Rainwater harvesting should be made mandatory. Ponds, tanks, check dams and open wells should be developed to recharge groundwater. Monitoring wells to keep a check on groundwater levels should also be constructed. 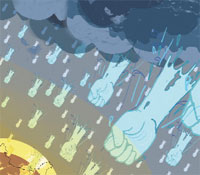 Wet At Its Worst

This refers to “A monsoon warning” (September 16-30, 2011). Freaky rains and droughts are going to be a routine. We have to brace for the worst. Our urban areas lack drainage. The concrete jungles do not permit recharge of aquifers. Thus there will be rain, but we will still face acute water shortage. It is for us to wake up from our slumber and start removing the tiles from the pavements and concrete from our compounds. The mountain states are likely to face the most damage. In a spree of “development” they forgot the thumb rule: disturbing the angle of repose leads to landslides. Coupled with rains, landslides will create havoc. Urban floods are going to be another hazard.

The editorial depicts the sorry state of affairs of water management in our country. In the name of development, colonies are mushrooming in every nook and corner, covering ponds, lakes drinking water wells and nallahs.

These water bodies are the lifeline of many villages as they charge the soil and offer drinking water.

The government officials have to ensure that colonies develop in a systematic manner without exploiting agricultural land and water bodies. Most importantly, all buildings must have rain water harvesting provision. The idea of linking rivers to control the spate of flooding rivers has been side-tracked for long. Officials need to pull up their socks.