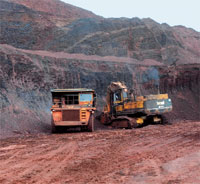 The dismissal of the Hoda Committe report in the editorial “Mining bill gets it right” (August 1-15, 2011) as “some weak and inconsequential words” is shocking. The report devoted a chapter to forest conservation and environment protection where it went beyond its terms of reference to examine environmental and indigenous population issues. This 20-page chapter was trashed by the mining industry as it went against vested interests and recommended some major reforms based on the Mining Mineral and Sustainable Development project report, jointly commissioned by the International Institute of Environment Development and the World Business Council for Sustainable Development.

The concept of stakeholder participation was first mooted by the Hoda report in the form of cashless equity to tribals for profit share. Recognising that profits could be easily manipulated, the report recommended that the amount to be set aside for building social infrastructure in villages around mining areas should be linked to turnover rather than profit. It suggested that three per cent of the turnover of mining companies be set aside for this purpose. Most importantly, the report urges that the management of these funds should be with civil society rather than with state governments. The new mining bill is based mainly on the wide ranging reforms proposed by the Hoda Committee and serious proponents of sustainable development need to give credit where credit is due so that reformists within government are encouraged to continue the good fight in an otherwise hostile environment.

Compensation is for life

It is true that “Land is more than just that” (July 16-31, 2011) as there is no substitute for land. The people affected by the POSCO project in Odisha are being resettled and rehabilitated. They are being given compensation in the form of jobs and houses. But such benefits are temporary since the people are attached to their land and culture. Keeping this vulnerability in view, any developer embarking on a project should offer affected people land-based livelihoods matching with their tradition.

The editorial is well-written and finely balanced. People who are attached to their land remind me of the Biblical story of Naboth who refused to sell his land to King Ahab of Israel. Such people are to be respected and not be looked upon as poor. If land is to be required for industrial purposes, it should be acquired without injury, benefiting all stakeholders.

The cover story “Maize Mania” (August 1-15, 2011) did not say a word on how the hybrid varieties of maize may threaten food security in India. The article did not cover the indigenous varieties of maize and their amazing qualities of palatability and nutritive contents either. It only raises alarm about adoption of high yielding hybrid seeds of maize, introduced by seed multinationals. During my recent expedition to Kumbhalgarh valley, which falls partly in Udaipur and Rajsamand districts of Rajasthan, I collected a few corn heads of the indigenous white variety of maize. I wished to raise a few plants in my kitchen garden by sowing those seeds in the month of June. Women in Kumbhalgarh also offered me rabri—a fermented food made using white variety of maize. It was delicious. For the first time, I had tasted such nutritionally rich food because in Rohtak where I live, my wife prepares rabri from wheat flour. In southwestern Haryana, women prepare rabri from a pulse known as motth.

It is regrettable that despite the presence of several public-funded scientific agencies we still rely on foreign skills to regulate crucial aspects of our food? Have we forgotten our rich agricultural and nutritional heritage in the age of knowledge guided by greed and commerce? The Indian public cannot be be fooled as it has traversed a long distance in the past 64 years of freedom from the British colonists.

Down To Earth replies

It is rather surprising that you have missed the point on how the promotion of hybrid maize in so many non-maize-growing states is threatening food security. The article starts with the fact that tribals in Odisha are switching from their staple rice crop to hybrid maize and highlights this issue repeatedly. One of the telling statistics in the story is the 1.65 million hectares that have switched from rice and wheat to maize. It is also surprising that you have missed an entire box (‘Killing millets’) on how small and marginal farmers are shifting from the nutritionally superior millets to maize. Incidentally, the National Institute of Nutrition, Hyderabad, informs us that white maize is deficient in Vitamin A unlike yellow maize. So, although you may have enjoyed the traditional dish made from white maize it may not be as nutritious as the traditional coloured maize. As to there not being any write-up on traditional maize please see the photo feature in the magazine and a special story on the web (‘Many-splendoured maize’).

Thanks for giving coverage to an obscure field in the article “The Butterfly Effect” (July 1-15, 2011). I would, however, like to point out some incorrect statements made in the article. The author claims that India is home to 1,800 species and subspecies of butterflies, which make 10 per cent of the global diversity of butterflies. The figure is wrong. The subcontinent has approximately 1,300 species of more than 20,000 butterfly species known—about 6.5 per cent of global butterfly diversity. Global biodiversity is not calculated on the basis of subspecies, because this is a taxonomic category which is hotly debated.

In the write-up it is claimed that butterflies are “crucial pollinators” and “their contribution to global agriculture is valued next only to honey bees”. Both these assertions are untrue: there is no plant so far in the world that has been shown to be exclusively pollinated by butterflies, although some orchids in Madagascar are believed to be exclusively pollinated by moths. Nor is their contribution to global agriculture of much importance. The creatures valued next to honeybees as pollinators are flies, to which group the familiar housefly belongs. The article also talks of the butterfly trade. It mentions that two Czech nationals were caught with 2,000 specimens of larvae and insects collected. What is not mentioned is that one of them was a scientist and the other a dealer. The court let off the scientist with a fine of Rs 20,000 and called him a “victim of circumstances” while the dealer was convicted.

How To Nail Snails

The practice of killing Giant African Snail by sprinkling salt will spoil the soil. The hermaphrodite multiplies rapidly and spreads to vast areas.

It took the US authorities more than 10 years to eradicate this snail. In this process it spent millions of dollars.

The scourge of this snail in our agrarian country is not being given adequate attention by the government or the scientific community. It is time they did. 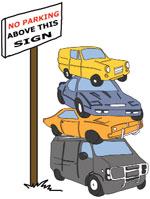 During my recent trip to Tokyo, I was amazed to see how the authorities there manage the transport system (‘Parking that can’t be found’, August 16-31, 2011). There is no congestion and very few private vehicles. They have achieved this by adhering to rules—cars are not allowed to be parked on roads at night and parking charges are high. They have ensured adequate public transport and rights for pedestrians. One should also appreciate the discipline the public follows there.

Here, in India, we have problems in the policy structure and its implementation as well as lack of public effort. Another problem, specifically in Delhi, is of people showing off. Cars have become a prestige issue, not a need, for many Delhiites.

Indian authorities should take a cue from the Tokyo authorities and not allow parking on roads at night. Making parking expensive will be helpful in managing the increasing number of vehicles. Most importantly, the public should become more disciplined.

If public transport is made more convenient and organised it would be a bigger driver for people leaving their cars behind.

The Metro rail has been useful thus far, but the state transport buses still ply at irregular timings. I prefer taking a bus to work but this is difficult as the buses do not run on time. One could be standing for an hour without a single bus that goes his or her way, and then suddenly one could see four buses of the same route jostling with each other to reach the stop. Cities like New York or even Mumbai where people take public transport ensure that the buses and trains ply on time. The bus numbers are painted on the stands, and route maps are clearly displayed for people new to the city. Can’t we ensure these things in Delhi?