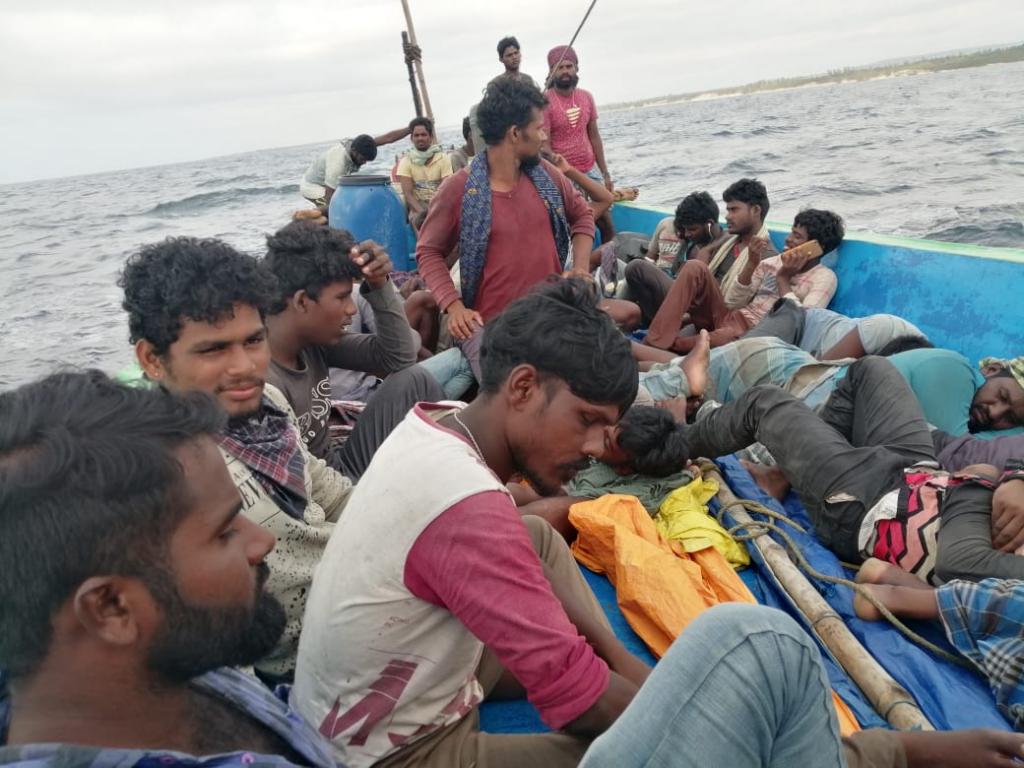 A large numbers of workers from Odisha stranded in Chennai, Visakhapatnam and places in West Bengal due to the nationwide lockdown to curb the novel coronavirus disease (COVID-19) pandemic recently returned home via sea. They have been quarantined at their homes.

On April 25, 2020, 38 such workers reached the fishing jetty at Pattisunupur in Chikiti block of Ganjam district aboard a fishing boat. They pulled in Rs 2 lakh from their savings to purchase the boat.

On 19 April, too 17 workers from reached Ganjam from Chennai on a fishing boat. Many more have returned from Digha, West Bengal to Kendrapara, Jagatsinghpur, Bhadrak and Balasore districts.

Such travel is relatively risky than travelling by road — several have endured the rough sea for up to five days on little food and water.

“The nights were scary. Our boat tossed around the violent sea,” said Landa Ganesh, who worked at a seafood processing plant in Chennai. The 32-year-old was among those who reached Pattisunupur, packed like sardines with co-travellers in the cramped boat.

“We were oscillating between hope, despair and confusion since 20 April, when my son  P Gurumurti set sail from Chennai,” said a T Rama Murti.

Security has been tightened along Odisha’s 484-kilometre coast to keep an eye on such movements. Patrolling has been intensified by the Coast Guards, the marine police and other agencies, Odisha Chief Secretary Asit Tripathy said.

Officials  must  screen all workers who return to their villages  to check the spread of the COVID- 19, said Umi Daniel, the director of non-profit Migration and Education Aide et Action.

Odisha has also received several migrants back from West Bengal, Kerala, Punjab, Delhi, Gujarat, Maharashtra, etc. Hundreds returned without any protection like masks. Many went through without screenings, raising concerns among residents.