COVID-19 warriors: How Synergy Sansthan has been dispelling myths 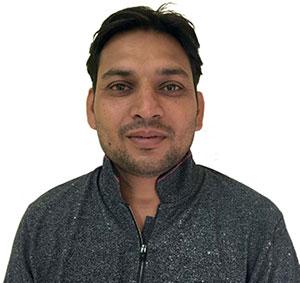 “My phone would just not stop ringing in the first few weeks of the lockdown that started on March 24,” recalls Vishnu Jaiswal who volunteers for Synergy Sansthan, a non-profit working in Madhya Pradesh’s Harda district, which is dominated by Korku and Gond tribal communities. Most calls were from people whose family members had migrated for work Clearly, they were afraid.

The non-profit, run by Ajay Pandit, recruited Jaiswal and 17 other volunteers to speak with the distressed families and understand how the novel coronavirus disease (COVID-19) outbreak was affecting them.

A peculiar problem was that quacks and occult practitioners had started fooling people with the false promise of saving them from the disease. To end this, the volunteers attended the World Health Organization's training for partner platforms and gave access to doctors to dispel myths about COVID-19.

The volunteers carried out widespread awareness drives and sensitised people on the virtues of regular handwashing and introduced them to the practice of wearing masks.

“Our volunteers have received over 300 calls where people have asked questions from how the virus spreads to how to combat depression because of the lockdown,” says Pandit. One of the cases, he adds, was of a tribal girl who was afraid that her family would force her to get married after the school closes.

Soon after the lockdown was imposed, people started running out of money and grocery stores in remote areas stopped receiving fresh stock of even essential products.

“We realised that at least 1,000 families needed immediate relief,” says Jaiswal. The non-profit tried to crowdsource funds but could collect only Rs 1,000. It even approached the district administration but did not receive help. Wipro Foundation donated `9 lakh, which was just half of the funds they needed to support the families.

With the limited money, the non-profit bought food items and created kits with supplies enough to last a month. The kits were given to 120 urban and 880 rural families in the district.

The face of the crisis changed in the second phase of the lockdown as the migrant population started returning home. They had walked from far off places like Nagpur, Indore and Mumbai, but the administration had little to offer. Forget about screening, the local administration at several places did not even provide water or food to the returning migrants, claims the non-profit.

It adds that its volunteers arranged medical screening of a few people from the district who had attended the Tablighi Jamat congregation in New Delhi, where several people got infected by COVID-19.

The current crisis is that the migrant population, whose income supports most tribal households, is back home and jobless. The non-profit is hoping that some of the pressure will be relieved by the Centre’s flagship Mahatma Gandhi National Rural Employment Guarantee Act. For the rest, it is reaching out to funding agencies.