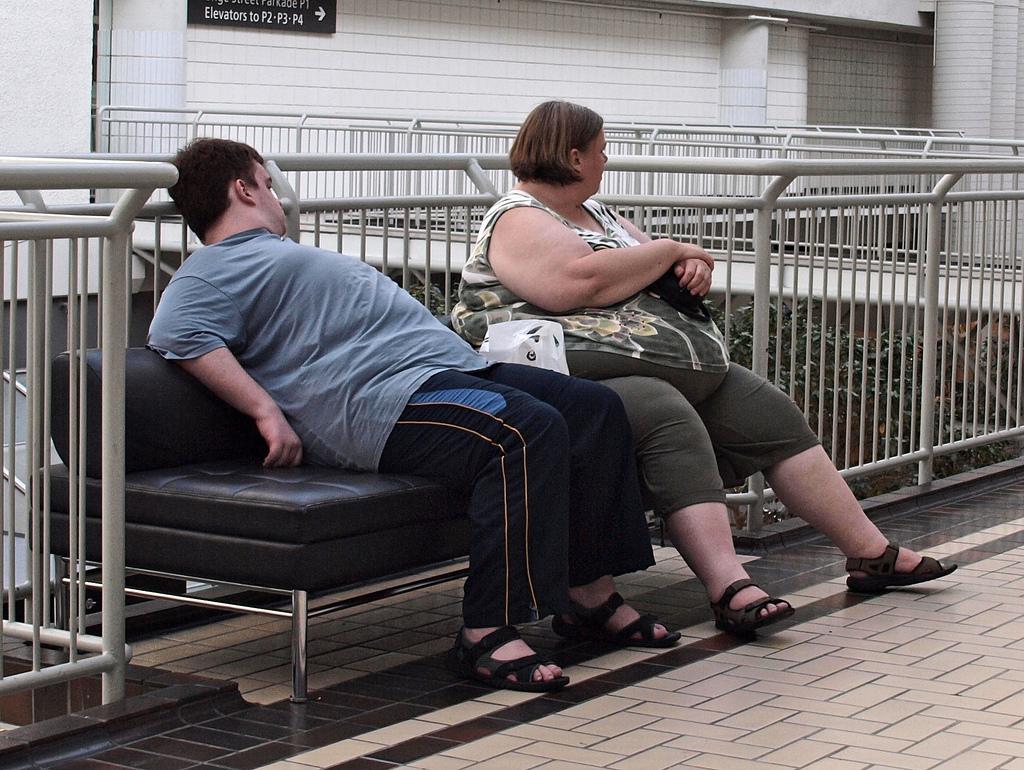 The rise of the percentage of population that’s overweight coincides with the globalisation process. Credit: Sandra Cohen / Flicker

The rise of obesity around the globe has led the World Health Organization (WHO) to urge countries to impose a tax on sugary drinks, which are blamed for the spread of the epidemic.

Countries with such different food cultures as, say, Mexico and Palau are facing the same nutritional risks and following the same obesity trends. Our research aims to understand why, and we have examined the link between various facets of globalisation (trade, for instance, or the spread of technologies, and cultural exchanges) and the worldwide changes in health and dietary patterns.

A recent global study reports that worldwide, the proportion of adults who are overweight or obese increased from 29% in 1980 to 37% in 2013. Developed countries still have more overweight people than developing nations, but the gap is shrinking. In Kuwait, Kiribati, Federated States of Micronesia, Libya, Qatar, Tonga, and Samoa, obesity levels among women exceed 50% in 2013. The number of people who are overweight is on the rise. Author provided

The WHO identifies unhealthy nutrition patterns, along with increasing physical inactivity, as the main drivers of rising body weight around the world. Diets rich in sugar, animal products and fats constitute important risk factors for non-communicable diseases, such as cardiovascular diseases, diabetes, and different types of cancer. Sugar consumption is still on the rise. Steve Smith/Flickr, CC BY

In 2012, cardiovascular diseases killed 17.5 million people, making them the number one cause of death globally. Because more than three quarters of those deaths took place in low- and middle-income countries, causing substantial economic costs for their public welfare systems, the WHO classifies food-related chronic diseases as a growing worldwide threat, on par with traditional public health concerns such as under-nutrition and infectious diseases.

The Western world was the first to experience substantial weight gains of their populations, but the 21st century has seen that phenomenon spread to all parts of the globe. In a widely cited 1993 article, University of North Carolina’s Professor Barry Popkin attributes this shift to the “nutrition transition” by which diets became less dominated by starchy staples, fruits, and vegetables and richer in fats (especially from animal products), sugar and processed foods. A group of women in Durban, South Africa, in 2003. Sandra Cohen-Rose/flickr, CC BY-SA

The different stages of this transition, Popkin says, are related to social and economic factors, such as industrialisation level, the role of women in the labour force and the availability of food-transforming technologies.

The rise of the percentage of the population that’s overweight, and changes in diet patterns broadly coincide with the globalisation process. Undoubtedly, globalisation has affected people’s lives in various ways, but has it caused a nutrition transition?

In order to answer this question, we have analysed the impact of globalisation on changing dietary patterns and overweight prevalence using data from 70 high- and middle-income countries from 1970 through 2011.

Has the take-up of globalisation had an impact on obesity? Lisa Oberländer Anne-Célia Disdier, Fabrice Etilé, Author provided

We found that globalisation has led people to consume more meat products. Interestingly, the social dimensions of globalisation (such as the spread of ideas, information, images and people) are responsible for this effect, rather trade or other economic aspects of globalisation.

For instance, if Turkey caught up to the level of social globalisation prevalent in France, meat consumption in Turkey would increase by about 20%. So our analysis takes into account the effect of rising incomes; otherwise, it could be confounded by the connection between higher incomes making both communication technology and meat products more affordable. An increase in meat consumption and animal fats could lead to people becoming overweight. Bill Branson

But while the study shows that globalisation affects diets, we could not establish a relationship between globalisation and increasing body weight. One explanation for this result could be that we investigated the question from a bird’s-eye perspective, not taking into account specific circumstances of countries.

So while, on average across the world, globalisation does not seem to be the driver of rising obesity, it may nonetheless play a role in specific countries.

An alternative interpretation of this unclear result is that other factors are responsible for the rising prevalence of overweight people around the world. For example, increasing consumption of processed foods is often associated with rising weight levels.

A study in the United States showed that Americans derive three quarters of their energy from processed foods, which contain higher levels of saturated fats, sugar, and sodium than fresh foods. The increasing availability of processed foods is related to the rapid expansion of the retail industry. Modern logistics technology help retailers centralise procurement and inventory, which drives down costs and allows very competitive pricing.

An interesting, yet little explored, aspect in the discussion of processed foods is the role of multinational companies in offering unhealthy “Western diet”, such as fast food and soft drinks. Multinationals are one of the two market leaders in many emerging countries, including Brazil, India, Mexico, and Russia and they are known for substantial food and beverage advertising.

But it remains unclear whether people gain weight because they adopt a Western diet, or whether they largely preserve their taste for regional cuisines but change the nutritional composition of traditional recipes by adding more meat products, fats, and sugar. In Moscow, obesity is on the rise due to Russians’ changing dietary habits. WHO /Sergey Volkov

Apart from these supply-side factors, some studies on US data also associate overweight prevalence with changes in the labour market, particularly the increased participation of women.

But on the one hand, working mothers may have less time to prepare meals or to encourage their children to spend active time outside. And on the other, more working hours are likely to boost family income, which can positively influence children’s health through better access to health care, high-quality food, participation in organised sports activities, and higher quality childcare.

Since the decision to work is personal and closely related to individual characters and environment, it is difficult to establish a causal relationship between work status and children’s overweight levels. Some studies report a positive effect, but reliable evidence remains scarce. These studies also focus on the role of working women but not on men when there is no evidence indicating a differential impact of working mothers versus working fathers.

People are also increasingly working rotating night shifts. According to a systematic review carried out by the International Labor Organization, about one in five of all employees in the European Union (25%) work night shifts, and night work often constitutes an integral part of the shift-work system.

Such schedules presumably render it more difficult to establish regular meal habits and may encourage frequent snacking to maintain concentration at work. Finally, because modern technology has greatly reduced physical demands of many workplaces, individuals must eat fewer calories to avoid weight gain. While many globalisation-related explanations for obesity seem plausible, robust empirical evidence establishing a causal link is scarce. This is partly due to the fact that food and eating habits have multiple and often interrelated determinants, which makes it challenging to test the causal impact of a single factor. And it’s further aggravated by the fact that some of the proposed causes of obesity interact and potentially amplify each other.

Despite initial academic evidence then, the main drivers of the global rise in obesity levels remain, to a large extent, a black box.

Discover Fabrice Etile and his team’s research work on food with the Axa Research Fund.