Mining has to be considered not as either a law-and-order or an administrative issue, but rather as one of environmental management 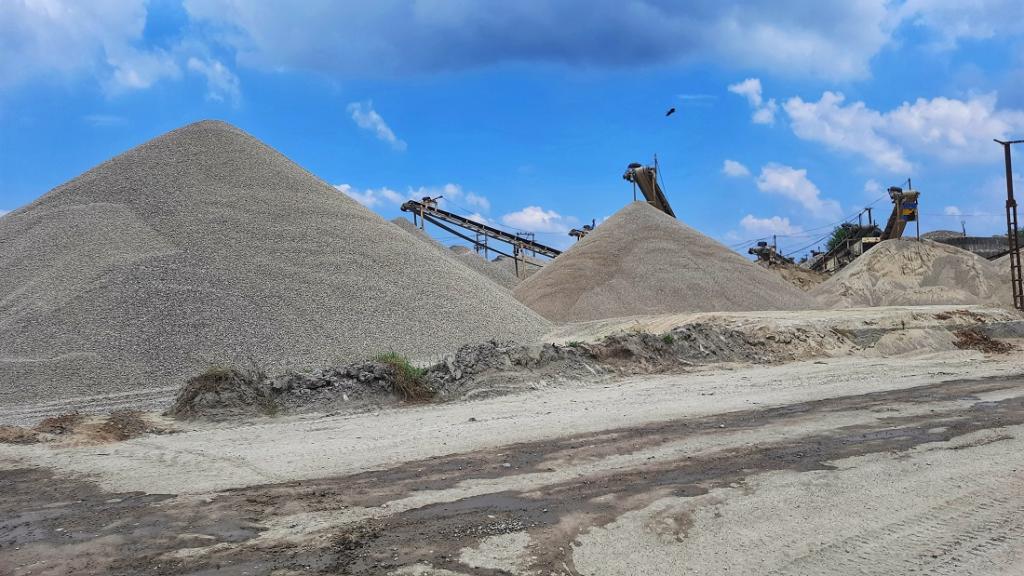 This is the second of a two-part series. Read the first part

The first part of this series dealt with how the wanton extraction of sand in the Kanalsi village of Haryana’s Yamunanagar district had left no one untouched. But what about the question of law enforcement? How can such an act go on unnoticed?

This reporter, during the course of her investigation, spotted mounds of gravel and sand extracted from the Yamuna river in Kanalsi. There was so much dust that a film of it covered her mobile handset screen in a few seconds.

Permission has been granted to mine 6,500 tonnes of sand daily and 1.95 million tonnes annually at Kanalsi.

Megh Singh, a member of the Yamuna Swachhta Samiti (Yamuna Cleanliness Association) told this reporter: “Mining openly takes place in Kanalsi not just during the day but also at night. Sand is extracted from the banks as well as from within the channel.

Mining has been permitted till a depth of three metres. However, holes of depth 18 metres (50-60 feet) are dug. They mined wherever they liked in the first 2-3 years. Many agricultural fields were spoiled in the process. The administration knew what was happening. Sometimes, they conducted surveys too. But we have not seen any legal action being taken so far.”

He showed the earth movers and trucks on the site and said these used to take huge amounts of sand daily and there was nobody to monitor them. “When we opposed the mining, the administration, instead of supporting us, blamed us for impeding government work,” Singh and other villagers alleged.

When this reporter was talking to Singh and the others, two dumper drivers working on behalf of the mining companies listened to the conversation. One of them later admitted that mining did happen at night, on the banks and in the river channel.

The monitoring of illegal sand mining being carried out in various Indian rivers is a contentious issue. The mines ministry, pollution control boards, irrigation department as well as police are responsible for monitoring of all types of mining.

There is a district task force in all 780 districts of the country. But there is no central agency for it.

Sand is the second-most harvested natural resource after water. Demand for sand in India was estimated to be 700 million tonnes in 2017 according to the Sand Mining Framework 2018. This was projected to increase annually at the rate of 6-7 per cent.

Despite this, sand is categorised as a ‘minor mineral’ in India. Parul Gupta, an environmental lawyer in Delhi, said: “It is open season for sand mining in all Indian rivers. This threatens riverine ecosystems. Sand mining is impacting the environment at an alarming pace. This warrants that sand be categorised as a major mineral now.”

In comparison to sand, rules regarding the mining of coal, categorised as a major mineral, are strict. ‘Major’ and ‘Minor’ minerals have been defined in The Mines and Minerals (Development and Regulation) Act, 1957.

“It is a long time since 1957. The population and construction schemes have increased. So has the use of sand. It is being guzzled at a fast pace in the construction of skyscrapers, malls and roads in India’s booming cities,” Gupta said.

The Supreme Court, in Deepak Kumar and others vs State of Haryana in 2012, had remarked that the categorisation of sand as a minor mineral should be looked into.

Sand mining is prohibited from July to September. Floods in rivers bring with them sand and minerals. These are calculated by carrying out surveys before and after the monsoons. This gives an idea as to how much sand and other minor minerals are to be extracted from rivers.

According to the 2020 Sand Mining Regulations, the permission to extract sand given to any mining contractor would be audited mandatorily every two years on the basis of the replenishment rate of sand and gravel after every monsoon. Further mining can be done only after this.

We have never had to reject permission to mine on the basis of replenishment rate. But we will be doing so from now on.

Narayanan said the state government had not conducted any research to find out the effect of the extraction of sand on the Yamuna and its biodiversity.

Syed Ainul Hussain, scientist with the Wildlife Institute of India, who is part of the National Mission for Clean Ganga, told this reporter: “If sand mining affects the balance of rivers, a rotation policy can be adopted. Just leave the mined portion of the river untouched for five years for it to be replenished.”

He added that it was only local communities who could save rivers from illegal mining. “They will have to be made aware. They will also have to be mandatorily included in committees made to monitor mining,” Hussain said.

He noted that the National Mission for Clean Ganga had been able to ensure that there was next to negligible mining in the Ganga. But the Yamuna had been left unprotected.

Rivers on the brink

Paritosh Tyagi, former head of the Central Pollution Control Board, posed a query: “We have an excellent institution like the Forest Research Institute in order to study forests. But we do not have a single research institute for rivers. That shows our priorities.”

There should be research and scientific estimation on where and how much minerals would be available in a river, he added. “The task of studying mineral replenishment should be done by scientists and not engineers of the irrigation department. But that is what is being done,” Tyagi claimed.

Tyagi said state-level officials were usually tasked with permitting mining. The police was tasked with monitoring.

“We have to consider mining not as either a law-and-order or an administrative issue, but rather as one of environmental management,” Tyagi said.

The apex court had also noted in its 2012 verdict that the mining of a small piece might appear insignificant but the environmental impact of mining over an entire area would be substantial.

(This story was produced with support from Internews’s Earth Journalism Network.)