A river ruined: Our Yamuna is dying due to sand mining, say locals in Haryana

From flora and fauna to human residents, no one has been left untouched due to the wanton extraction of sand in the area 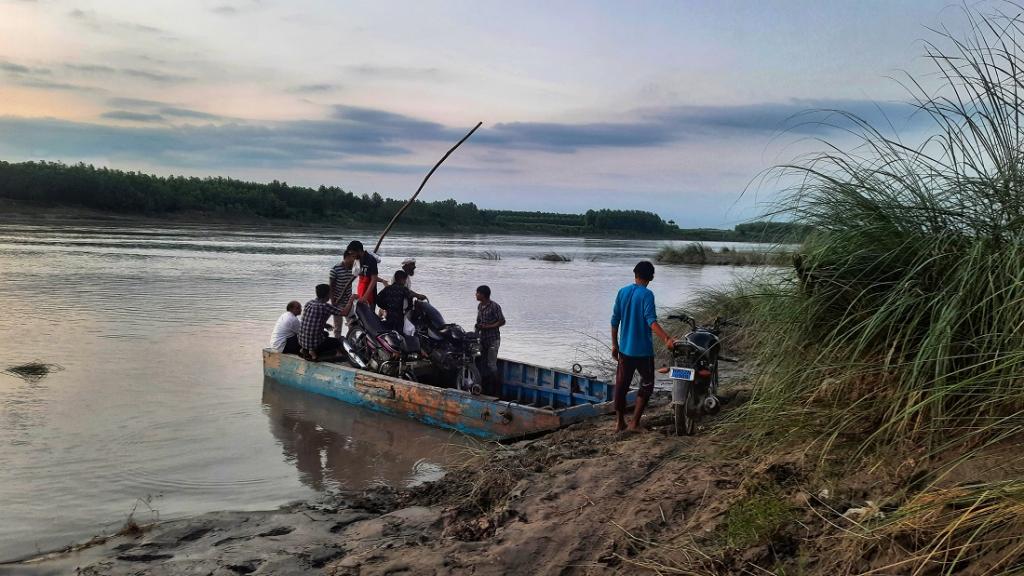 This is the first of a two-part series. Read the second part

The Yamuna, the largest tributary of the Ganga, originates from the Yamunotri glacier in Uttarakhand located at a height of 6,387 metres. It flows 1,376 kilometres through five states, eventually flowing into the Ganga at Prayagraj, Uttar Pradesh. The river is highly polluted in the Delhi-Agra stretch. But now, it faces threats in its upstream section as well.

This reporter travelled to Yamunanagar district in Haryana to find how extraction of sand from the Yamuna’s bed is leading to its ‘slow death’, as the locals described it.

We have caught catches up to 70 kilograms in weight. But all that began to disappear when sand extraction started. The noise of the machines prevented birds from visiting. Nocturnal animals too went away. Our Yamuna is now at the gates of death,” Kiranpal Rana, said.

There was a dead fish lying on the bank even as Rana spoke. “This is what is happening to those creatures that are left. Their eggs, young and seed as well as young plants, everything is trampled under the wheels of vehicles that collect sand,” he said.

Rana stays in the Kanalsi village of Jagadhri tehsil in the district. Permission was given in 2016 to mine river sand for a period of nine years in an area of 44.14 hectares in the village.

Syed Ainul Hussain, scientist with the Wildlife Institute of India, who is part of the National Mission for Clean Ganga, told this reporter:

The excessive extraction of sand from the river disturbs the natural balance. Aquatic plants and microorganisms get affected. The food chains in the riverine system are affected. Consequently, many animals lose their food supply. This causes reduction in numbers of fauna and even local extinction.

The effect of the extraction of sand on the Yamuna and its biodiversity has not been the subject of any scientific research till now.

Tagore noted that the availability of food in a river enabled birds to decide their area of habitation. Many birds lay eggs on sandbanks. Sand mining destroys all this and forces them to leave. Rana said this was happening in his village.

Manoj Mishra, convenor of the Yamuna Jiye Abhiyan, said the scientific studies about the impact of sand mining on the biodiversity of the Ganga or the Chambal could be applied to the Yamuna as well.

Global biodiversity has been dwindling at a fast pace. A 2018 report by the World Wide Fund for Nature had concluded that biodiversity declined by 60 per cent between 1970 and 2014.

The Supreme Court’s verdict in Deepak Kumar and others vs State of Haryana in 2012 is still considered a landmark judgement on illegal mining in India. The apex court noted in the judgement that years of sand mining was imperilling the very existence of aquatic biodiversity.

Mining for sand had ruined rivers and riverine ecosystems across India. It further said mining had impacted riverine flood plains and with them, the biodiversity that dwelt in them.

But till today, a decade after the SC verdict, no firm steps have been taken to conserve river systems and the biodiversity dependent upon them.

It is not just the wild denizens of the Yamuna that are suffering. The humans living along its banks are going through a similar fate. The wanton extraction of sand from the Yamuna has led to a decline in groundwater levels. Mahipal Singh, a farmer from Kanalsi, said:

There are 40-50 screening plants in a five-kilometre area near the Yamuna. These utilise groundwater 24X7 for washing sand and gravel. Consequently, the river’s water levels have gone down. Previously, water was available at 25-30 feet. Now, it is found with difficulty at 60 feet. Our tube wells have run dry. If mining continues for the next five years, water for irrigation and drinking will become scarce.

The villagers showed a letter they had written to the Haryana chief minister in 2021 about problems such as fall in groundwater, respiratory, eye and skin problems, bad roads, dust spoiling cattle feed and pollution. They also said they had been threatened by mining contractors after they wrote the letter.

The decline in water levels of the river has caused fisher communities to become labourers. There are 60 Mallah families residing in the Mandoligaggad village of Chachrauli tehsil in the district. They have traditionally been engaged in plying boats on the Yamuna and farming on the river’s flood plains.

Pramod Kumar, a member of the community, said:

Now, my people labour at plywood factories in the city. We no longer ply boats. We used to grow creepers such as bottlegourd, bitter gourd, pumpkin, Armenian gourd, cucumber, watermelons and muskmelons. This is what our ancestors did. At that time, the river belonged to everyone. Now, it belongs only to those engaged in mining.

Those boatmen who still ply boats are despondent. Muhammad Mukarram, a young boatman from Bibipur village of Jagadhri tehsil said sand mining had left the river bed in ribbons. “It rises somewhere and goes down elsewhere. The flow of water is no longer the same. I fear plying my boat.”

Lakshmichand, a farmer from Behrampur village, also in Jagadhri tehsil, said mining was an unnatural process which had destroyed the Yamuna. “The government has earned a lot. But we have been ruined,” he said.

(This is a two-part story. In the next part, read about whether the Yamunanagar administration has failed to prevent the destruction of the river)