Adani should bow out gracefully from its Carmichael coal mine

With the last major court case cleared, Adani is free to proceed with its Carmichael coal mine. But the business case is not looking good 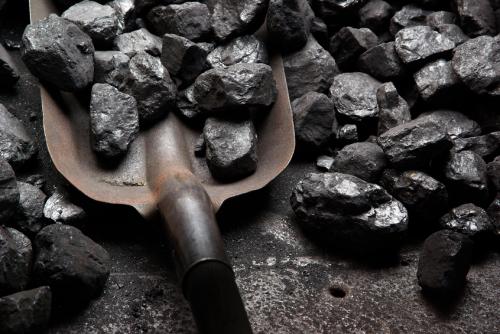 The rejection by the Federal Court of the most serious remaining legal challenges to the proposed Carmichael mine in Queensland’s Galilee Basin means it is finally time for the project’s proponent, Adani Mining, to put its money where its mouth has been.

For several years, Adani has been blaming its failure to proceed with the mine on legal obstacles. Most of these obstacles were cleared by 2015. A report in February cited a “top Adani Group executive” saying that operations should start in August 2016.

By the time of the final approval from the Queensland government in April, the group was talking about unspecified “secondary approvals” and saying “we hope that construction would start any time in 2017”.

This timetable was repeated after the most recent court decisions. While some court challenges to government approvals remain, it does not appear that any of these would prevent a start to construction, given that the approvals are now in place.

At the same time, the incentives for an early start are stronger than they have been for some time. The price of thermal coal has risen by 30%, primarily as a result of action by the Chinese government to close uneconomic mines and support the profitability of those that remain.

Few analysts expect this rise to be sustained indefinitely. China has signalled its intention to limit its reliance on coal-fired electricity. This is both because of its contribution to global warming and because of the health effects of burning coal in urban areas, which causes tens of thousands of deaths every year.

The same is true of the Indian market, for which Adani’s exports are supposed to be destined. India’s coal imports have grown rapidly but are now being squeezed on both the supply and demand sides of the market.

On the supply side, the publicly owned monopoly Coal India is expanding production and private firms are being allowed access to coal reserves.

On the demand side, coal-fired electricity is facing increasingly stiff competition from renewables, most notably solar PV.

Adani Enterprises, from which Adani Mining was spun off last year, is among the major investors in renewables. And, a little later than in China, the Indian government and people are waking up to the disastrous health effects of burning coal. Several “ultra mega power projects” (massive coal-fired power plants) were cancelled recently. More are likely to follow.

So the long-term trend for coal demand and coal prices can only be down from the current peak, itself far below the A$120 per tonne that prevailed when the Galilee Basin project was first put forward in 2010. It follows that there is no time to lose in developing the Carmichael mine, if it is ever to be profitable.

But before construction can begin, Adani needs to undertake substantial engineering design work, hire contractors and secure billions of dollars in financing. There is no sign that this is happening.

The engineering team from Worsley Parsons and the construction group from Korean steelmaker Posco (also a supposed equity partner) were sacked in 2015. A A$2 billion announcement of work for Downer EDI seems to have vanished into thin air.

The situation with finance is even worse. A long list of banks and other funding sources have announced they won’t finance the project, or have pulled out of announced and existing finance arrangements.

The list includes the Commonwealth Bank of Australia (formerly a big lender to Adani), NAB, the Queensland Treasury and global banks, including Standard Chartered (another former big lender), Citigroup, JP Morgan Chase, Goldman Sachs, Deutsche Bank, Royal Bank of Scotland, HSBC and Barclays, as well as BNP Paribas, Credit Agricole and Societe Generale. The US and Korean Export-Import banks and the State Bank of India have been touted as possible sources, but appear to have backed away.

It gets worse. The Carmichael mine is part of a larger plan to develop five megamines in the Galilee Basin. The economics of the rail line and port expansion needed to transport coal from Carmichael depend on the assumption that the costs will be shared across these mines.

But these projects are in far worse straits than Adani’s. GVK, the Indian conglomerate that owns the Alpha, Kevin’s Corner and Alpha West deposits, is in deep financial trouble. Its Australian partners, Aurizon (the privatised Queensland Rail) and Hancock Prospecting (owned by Gina Rinehart), have written off their investments. GVK’s March 2016 financial statements did not even mention the Galilee Basin assets.

GVK looks healthy compared to the other major owner of Galilee Basin assets, Clive Palmer. In a desperate attempt to stave off the bankruptcy of his Queensland Nickel corporation, he tried to offload the coal deposits owned by his Waratah Coal company onto Adani, and use the mooted sale proceeds to secure credit from Aurizon. Neither party was interested.

Until now, Adani has blamed the endless delays in its project on legal challenges. But the time for excuses has run out. Adani should admit that this economically and environmentally disastrous project will never go ahead, and focus its attention completely on the renewable energy technologies in which it is already a major player.