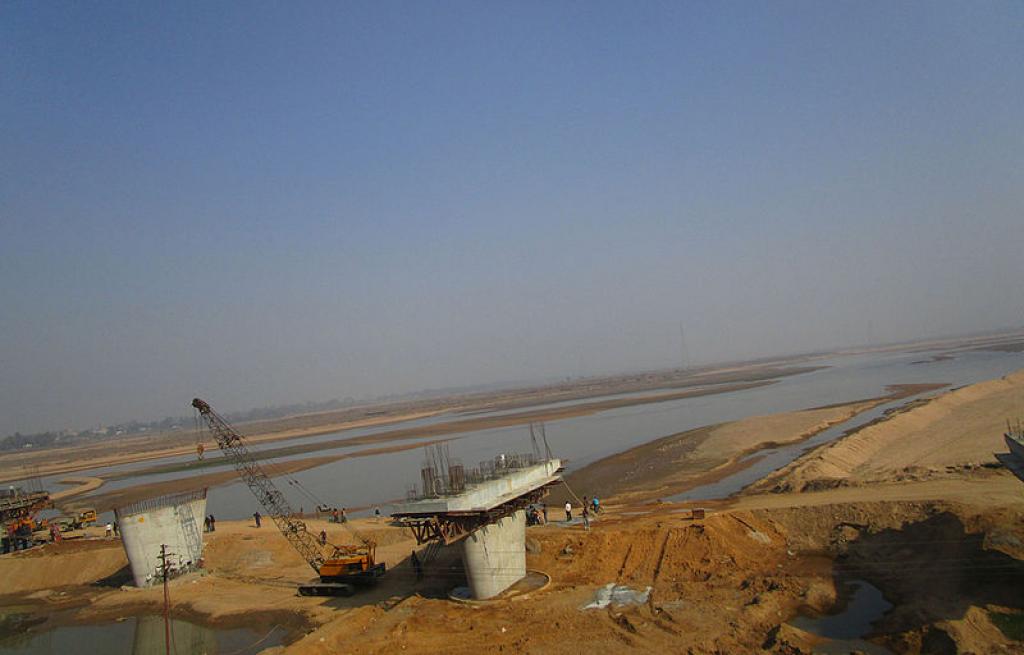 The Bihar government has banned sand mining and sand digging near or around river bridges in a move to check illegal sand mining that threatens bridges in the rivers.

The state road construction department March 10, 2021 issued an order banning sand mining around bridges in rivers and those under construction across the state.

The activity will be banned around bridges 500 metres up and downstream, according to the notice.

Amrit Lal Meena, additional chief secretary of the department, has directed all district magistrates to take action against those found to be involved in the activity.

Hundreds of big, medium and small bridges were constructed in rivers in the last 15 years, said Meena. The mining not only diverted the water flow, it also threatened the foundation of bridges, he added.

Another senior official of the department admitted that the foundation of some bridges were damaged by illegal sand mining.

Most complaints were reported in rivers flowing in south Bihar, including Falgu, Panchane, Sakri, Sone, Punpun, Badua, Chanan and Goithwa.

Illegal sand mining has, over the last few years, damaged the foundation of the Koilwar railway bridge, which was built by the British in 1900. “Pillars of Koilwar bridge have been in a bad condition due to unabated illegal mining of sand for years. A new road bridge on river Sone near old Koilwar bridge is also under threat,” the official said.

Similar reports come from several bridges on different rivers as well in the state.

The National Green Tribunal in 2020 constituted a fresh committee to probe the allegations of illegal sand mining being carried out using heavy machines in Son river. It contested the report by the Bihar State Pollution Control Board claimed no sand was mined in the river.

A case was earlier filed against 50 people involved in illegal sand mining after they attacked a police team.