Green clearances not required for new coal mine leaseholders 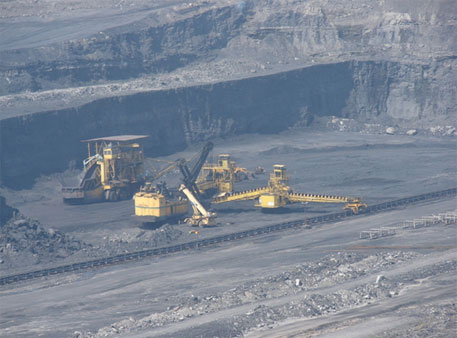 Within a week of Parliament clearing the controversial coal mining bill, meant to facilitate auction of coal mines, the Ministry of Environment, Forest and Climate Change (MoEF&CC) has stepped in to expedite coal production from the auctioned mines. The Bharatiya Janata Party-led government at the Centre pushed the legislation, Coal Mines (Special Provisions) Bill, 2015, after coal production from a number of mines came to a halt following Supreme Court cancelling their allotments last year.

The environment ministry has now allowed transfer of environment clearances (ECs) granted to the previous coal mine allottees to the new leaseholders without their having to obtain any extra approval.

A notification issued by MoEF&CC in the last week of March says “where allocation of coal block is cancelled in any legal proceeding or by the government following regulatory provisions”, the EC pertaining to such coal block can be transferred to the new lease holder. Such transfer of clearance can happen without obtaining any “no objection” permit from the company that originally had the EC, or from the concerned regulatory authority. The clearance will also remain valid for the same period as it was originally given.

The easing of the clearance transfer process has been brought about by amending the Environmental Impact Assessment Notification (EIA) of 2006. The EIA Notification until now required a no objection certificate to be obtained from the original holder of the EC and also from the concerned authority when a particular project or activity changes hands.