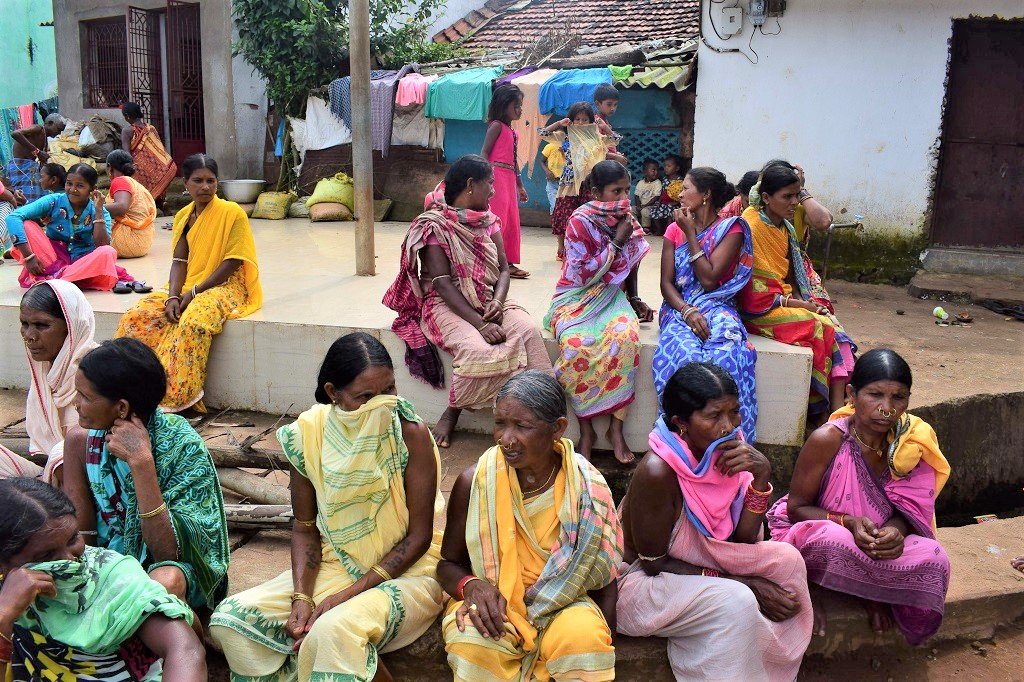 A proposed mining project in the hill has made the villagers, most of whom are from the Paraja tribe, apprehensive. They fear the scenic hill will be denuded and disfigured with thousands of roaring tipper trucks trudging up and down, and the lush greenery stretching from its foothills will be ruined.

“Our lives and livelihoods will be destroyed completely if there is mining in Mali parbat (hill). We will never allow that to happen,” said Kamala Basak, a 60-year-old woman. 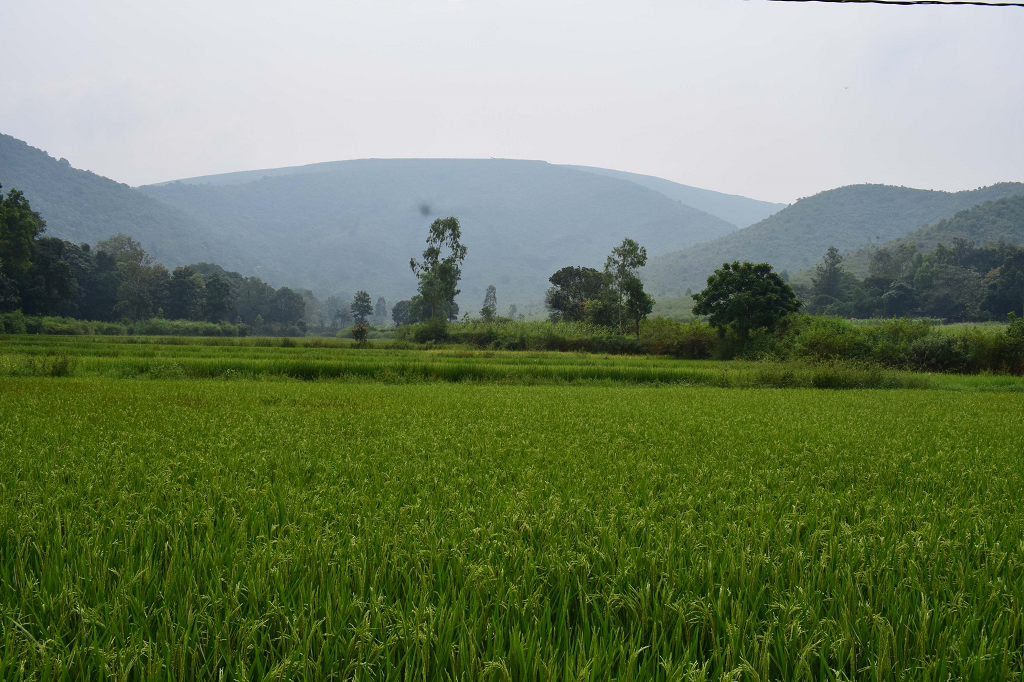 Several other women nodded in approval as Kamala explained why bauxite should not be mined in Mali hill. The hill has dense forests, wildlife and most importantly, 36 perennial streams that feed the Kolab river.

People grow multiple crops, including paddy, wheat, pulses, ginger, sugarcane and vegetables throughout the year. They get fish and prawns from the stream and collect minor forest produce from the forest.

On September 22, the villagers faced off against the district administration and Hindalco officials during a public hearing at Kankaramba village by the State Pollution Control Board (SPCB) of Odisha on environmental clearances to the company for mining. The hearing could not be held due to stiff protests by hundreds of villagers.

The police arrested at least 28 tribal youth based on a first information report filed by the assistant sub-inspector of Semiliguda police station. The charges slapped on them were serious: rioting, armed with deadly weapons, causing hurt to public servant, causing grievous hurt by dangerous weapons, attempt to murder, criminal intimidation and other crimes.

“We have enough evidence to show that many villagers indulged in violent activities to disrupt the public hearing on September 22,” said Semiliguda PS inspector-in-charge Khireswar Sahu.

The inhabitants of Pakajhola and nearby Rajnaguda and Aligaon villages refuted the police claims. They accused the police of being silent spectators when some alleged anti-social elements forcibly obstructed the villagers’ entry to the venue. They alleged that the same group of people wanted to hijack the public hearing and prepare a one-sided report for environmental clearance from the Union Ministry of Forest and Environment and Climate Change (MoEF&CC). “The criminal case against the villagers has been lodged at the behest of the company.”

Balabhadra Naik, 50, said that six persons from Pakajhola gram panchayat were arrested. “We are crowd-funding for their bail. We may be poor but will not bow down to harassment and pressure,” he said.

Background to the conflict

The tribals’ opposition to mining in Mali Hill dates back to 2003 when a public hearing was organised by the Odisha SPCB for environmental clearance. Villagers said that an overwhelming majority of the affected people present in the hearing opposed mining but their protests were ignored in the final report to the MoEF&CC.

In 2006, Hindalco got environmental clearance for mining, which was to be renewed after seven years. The following year, the Odisha government granted the company a 20-year mining lease.

The company was given approval to extract 0.6 million tonnes of bauxite from the hill per year. Mali Hill  is estimated to have a total bauxite reserve of 14 million tonnes. However, villagers continued resistance to mining under the banner of Maliparbat Surakshya Samiti, which made it difficult to mine the hill.

Accordingly, the SPCB organised the public hearing on September 22, which was disrupted by protests. It has been rescheduled to November 22.

The job of the board was only to organise the public hearing and it was up to the district officers like the collector or additional district magistrate (ADM) to hear the people’s grievances and record the statements. After the ADM submits the report, we will send it to the Government of India for further action.

The process, however, is different, claimed environmentalist Prafulla Samantara. It is the sole responsibility of the SPCB to hear the people, record their grievances and prepare and submit its report to the ministry, he said. “The district administration’s job is confined to assisting the SPCB in organising the public hearing and maintaining law and order.”

Samantara has sent an objection petition to the SPCB after the disrupted public hearing at Kankaramba. The EIA report of Hindalco has no specific data on water resources, forest cover, agricultural activities and the impact of mining of bauxite on air, water and soil.

The EIA report mentioned some water bodies but said none were perennial. In reality, 75 per cent of the streams originating from Mali Hill are perennial and crucial to the Upper Kolab dam’s reservoir, he added.

The road may be bumpy for the next public hearing for environmental clearance. This year, however, the Odisha government has extended the mining lease of Hindalco to 50 years from 20 years.